Dustin Crum thankful to sign with Chiefs after going undrafted 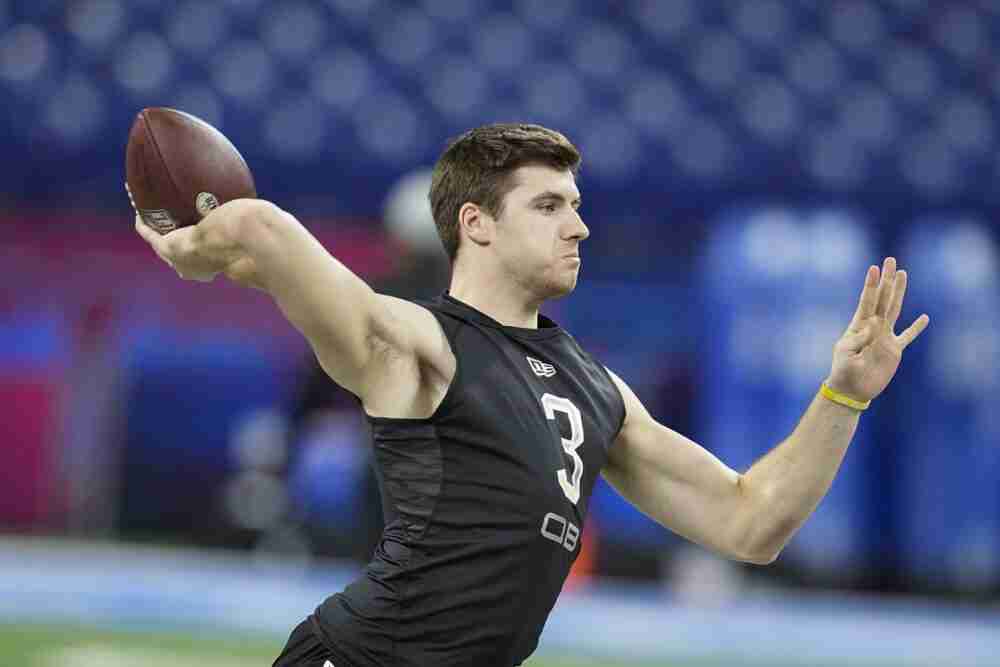 Dustin Crum waited all NFL Draft weekend hoping to hear his name called, and even though it didn’t quite pan out the way he expected, he’s still getting his chance to make it in the pros.

The former Midview and Kent State quarterback signed with the Kansas City Chiefs as an undrafted free agent Saturday after the conclusion of the draft and wasn’t at all deterred by the fact he didn’t get drafted — in fact, he said he knows this feeling well.

“It’s kind of funny the way things play out. I almost feel like I’m in the same situation I was coming out of high school where I just had the one offer,” Crum told The Chronicle-Telegram shortly after signing with the Chiefs. “It was the same thing here with the one team that took a chance on me as an undrafted free agent. I almost feel like I’m back where I started and I kind of love it. It’s got me fired up a little bit.”

NFL Draft 2022: Dream within reach for Midview grad Dustin Crum, and he’s confident he’s ready for what comes next

Still, he received his only Division I offer from Kent State. But just as he plans to do with the Chiefs, he took that opportunity and ran with it. In his final season with the Golden Flashes, Crum completed 64 percent of his passes and totaled 3,206 yards and 20 touchdowns with six interceptions.

He then accepted an invitation to the scouting combine to get himself in front of league scouts and officials. While it wasn’t enough to be drafted, it was enough for the Chiefs to take a chance.

“You kind of just have to sit back and let things happen the way they may,” Crum said. “I definitely felt like I had a chance to get my name called, so there’s some disappointment there, but you’re kind of just looking for the opportunity, so getting that opportunity to sign with the Chiefs after the draft is such a blessing. It’s something that I’m so thankful for and I just want to make the most of it.”

This year’s quarterback class was not the strongest, and as the draft continued to play out, Crum sensed he might have to wait and sign after seeing team after team pass on taking a QB.

It never dampened his spirits.

“I knew it was definitely trending that way,” he said. “With guys not getting drafted and with all the quarterback (movement in the league) and Baker (Mayfield) here in Cleveland and Jimmy G (Garoppolo) looking for spots right now, I knew it was gonna freeze up the quarterback market a little bit when it comes to drafting.

“There were definitely some factors I think hurt some of the quarterbacks in the draft. You definitely notice that, so you just hope for the best, then when you get that opportunity like I’ve been given now with a great organization, I’m just extremely blessed and thankful.”

Kansas City has one of the best quarterbacks in the NFL in former MVP and Super Bowl champion Patrick Mahomes, and Crum said the Chiefs like the skill set he offers and see it complementing their offense well.

He also views it as a chance to grow as a player, whether he ends up as a backup or on the practice squad. It’s just another opportunity to prove to those who wouldn’t take a chance that he’s as capable as anyone of succeeding in the NFL

Next up for Crum is rookie minicamp, and he’s already looking forward to showcasing the skills to his newest team. In the meantime he’s thankful to have shared this moment with his family, friends, former coaches and plenty of others who’ve helped him reach this point.

“I’ve just been hanging out here in Grafton with family and some friends, a lot of people close to me, so it was really cool to share that with them,” he said. “I’ll just try to get accustomed to the system as fast as possible and try to hit the ground running and try to pick things up quickly.”