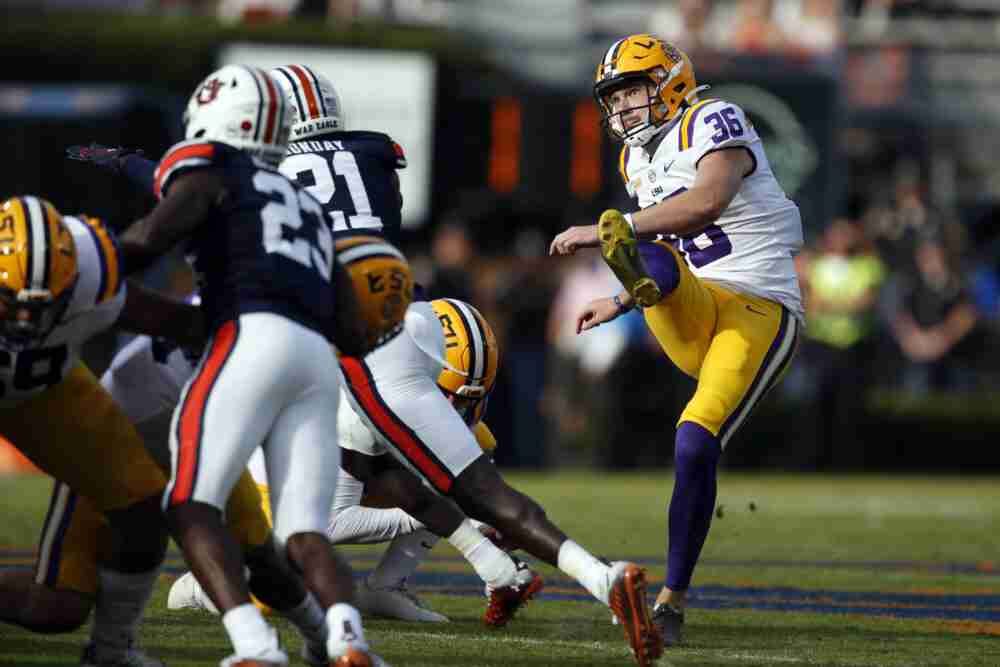 The Browns are fully committed to kicker Cade York.

They drafted him out of LSU at No. 124 in the fourth round Saturday — the earliest a kicker had been taken across the NFL since 2016 — then cut incumbent Chase McLaughlin and Chris Blewitt on Monday, the team announced.

The Browns believe York is the long-term answer to a question that’s befuddled them for years.


“Realize that is a little high for a kicker, but we do think he is an excellent prospect and has a good chance to be a good kicker for a long time,” general manager Andrew Berry said after the draft.

McLaughlin kicked in 16 games last year, making 15 of 21 field goals and 36 of 37 extra points. After a perfect start through six games, he struggled.

Blewitt was signed to the practice squad before the finale.

He scored 1,244 points and had 957 rebounds and 61 blocked shots in the last two seasons with Texas Tech and was All-Big 12 honorable mention in 2022. He previously played three years at VCU.

Santos-Silva (6-6, 261) played football growing up but stopped after his freshman year of high school to focus on basketball.