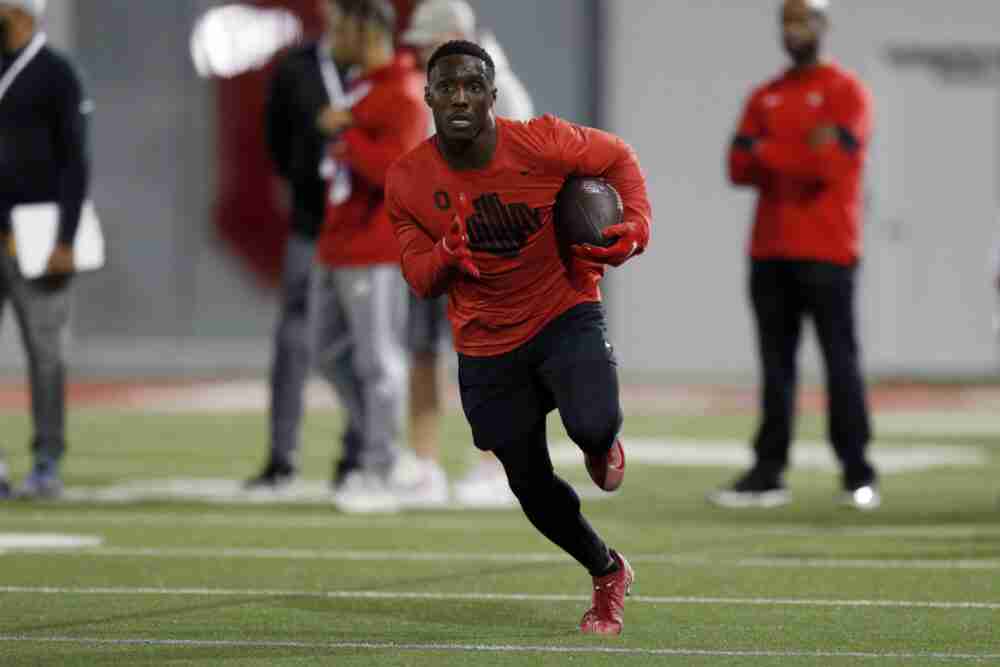 Demario McCall got what he wanted.

McCall received an invitation to rookie minicamp with the Chicago Bears to be held this weekend. The North Ridgeville High School graduate spent six years at Ohio State, bouncing among positions and filling reserve roles, and wasn’t selected in the NFL Draft that concluded Saturday.

“All I ever asked for was an opportunity, always hada grind a lil harder,” he tweeted Sunday. “Thankful and Bless let’s Work.”


He included an emoji of a bear.

McCall was a two-time All-Ohio running back at North Ridgeville and ranked second by ESPN at the position in his recruiting class. He appeared in 52 games without a start for the Buckeyes and struggled to carve out a defined role.

He played running back, receiver and returned kicks in his first five years at Ohio State. He rushed 90 times for 565 yards, a 6.3 average and six touchdowns, caught 20 passes for 300 yards, a 15-yard average and two touchdowns, returned 27 kickoffs for a 19.8 average and 16 punts for a 7.3 average.

He moved to cornerback for his final season. He played sparingly, recording six tackles and a pass defensed.

He earned many admirers in Columbus.

“One of the most selfless teammates I’ve every coached; your versatility, dedication and leadership will live on in Columbus for years to come!” Ohio State coach Ryan Day tweeted in March. “Whether it be in the backfield, in the slot or at DB, your athleticism is a real gift! Proud of you, @DemarioMccall! #DevelopedHere #Fight”

McCall graduated with a degree in sports industry.