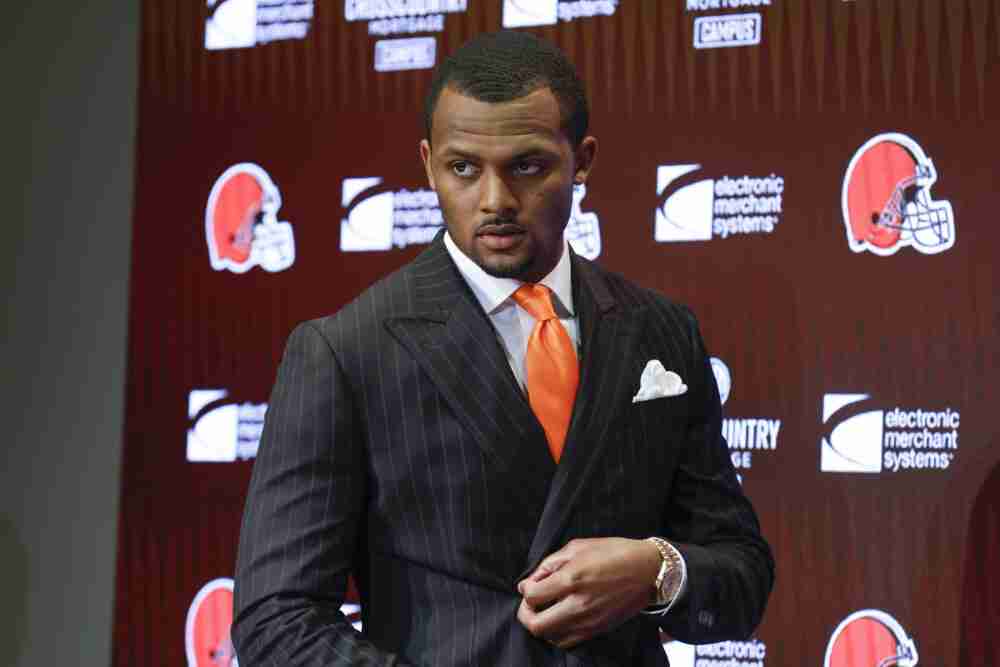 The NFL’s investigation into the sexual misconduct accusations against Browns quarterback Deshaun Watson will take another step this week, and it’s an important one.

Watson is scheduled to meet with league officials in Texas, a source confirmed to The Chronicle-Telegram on Monday. The interviews are expected to take multiple days.

Josina Anderson of “The Crew” was first to report the news of the meeting.

With Deshaun Watson back to work with Browns, legal process continues in civil lawsuits


“We will decline comment as the review is active and ongoing,” NFL spokesman Brian McCarthy responded in an email to The Chronicle when asked if the meetings had started Monday.

Watson had been participating in the team’s voluntary offseason program in Berea after being acquired in a March 18 trade from the Texans in which the Browns sent a net of five draft picks to Houston, including three first-rounders. He returned to Houston on Friday to sit for depositions in the 22 civil lawsuits alleging sexual assault and harassment during massage therapy appointments.

Watson’s attorney has said the sexual activity was consensual, and Watson has denied any wrongdoing. He wasn’t indicted by a pair of Houston grand juries on similar charges.

“I’ve never assaulted or disrespected or harassed any woman in my life,” Watson said March 25.

NFL Commissioner Roger Goodell said April 28 before the start of the draft that there’s no timetable for potential discipline from the league, and the Browns don’t know if Watson will be eligible for none, part or all of the season.

“We’re taking it very seriously,” Goodell told ESPN. “The NFL personal conduct policy is the issue that we will be focused on. Our investigators are working on that. When they complete that, then they submit it to a disciplinary officer who is selected by the union and management, and they’ll make a decision at that point in time.”

Watson has been deposed in several of the 22 civil suits and will continue to be before training camp begins in late July. The civil trials aren’t expected before the start of camp, and the sides have agreed none will take place from Aug. 1 until March 1 due to the NFL season.

The NFL’s investigation is independent of the criminal and civil charges, and punishment under the personal conduct policy could include a suspension. But it’s unknown whether the league would determine discipline before the resolution of the civil cases. A criminal conviction isn’t necessary for league discipline.

Watson’s schedule is full this week, as he’s taking members of the offense to The Bahamas this weekend, a league source confirmed. The trip is to build chemistry while continuing on-field workouts.

Anderson reported Watson is footing the bill. He signed a fully guaranteed five-year, $230 million contract — the richest in league history — after agreeing to waive his no-trade clause for the Browns.

“We’re gonna get together and build that camaraderie off the field, not just here in the facility, whether that’s going out to eat, taking a trip, working out together,” Ward said. “So we’re definitely building that camaraderie and that’s been a big thing from last year and the steps that we’re trying to take.”

Watson reached out to rookie receivers David Bell and Mike Woods II quickly after they were drafted, and coach Kevin Stefanski said at the start of the offseason program Watson was “being embraced” by teammates.