Mailbag: What three-game stretch of schedule will define season? 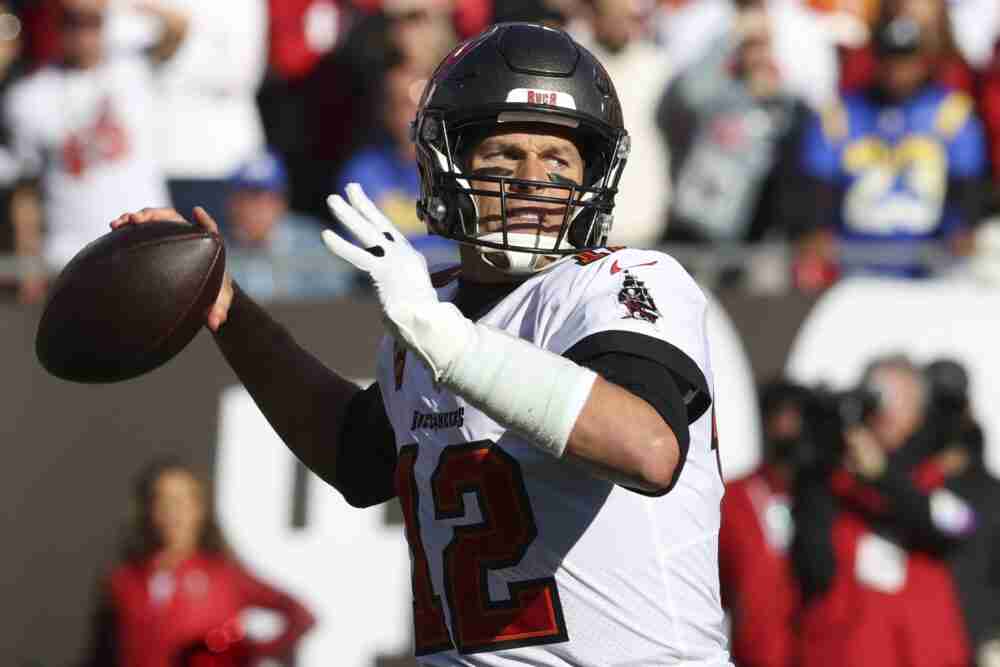 Q: What three-game stretch do you think will define this season for the Browns?

A: The schedule allows for a few choices. I thought about the first three weeks, because the opening four games comprise the easiest section of the schedule and the Browns can’t afford to start slowly, even if Deshaun Watson is suspended. A natural would be Weeks 14-16, as they play at Cincinnati, then home vs. Baltimore and New Orleans. Two division games late in the season should be critical.


But I’m going with Weeks 10-12. Coming out of the midseason bye, the Browns play at Miami on Nov. 13, then at Buffalo and home vs. Tampa Bay. All three are scheduled for 1 p.m. kickoffs, but that doesn’t decrease their importance. It’s hard to envision a scenario in which the Browns have strong playoff hopes for the stretch run if they don’t win at least one of this post-bye period. Almost six months away, the Dolphins look like the easiest of the three and the Browns should be refreshed coming off the bye. Coach Kevin Stefanski better have his team ready, because Josh Allen and the Bills and Tom Brady and Bucs will be hard to beat.

Q: Although I doubt he’d ever reveal it, general manager Andrew Berry has to be careful about just giving Baker Mayfield away. They “gave” Odell Beckham Jr. away to avoid media bluster and if the Browns do the same with Baker, the rest of the league is going to view them as a doormat. “I think” they can legally agree to pay Baker but not have him report to work — happens all the time in union shops, so why not here? It’s in Baker’s best interest to not be a quote machine, keep his mouth shut and work on his rehab if he ever wants a good opportunity to work in the league at a high level again.

You’d hope the Browns and Baker can at least agree on that premise and put an agreement in place. The Browns are not obligated to do the other 31 times any favors. It’s also pretty obvious that this is Brady’s last year in Tampa — I’m sure Berry is paying attention.

A: Berry has shown no inclination to give away Mayfield, despite some suggesting the time has come to do just that. Berry is waiting for a market to develop, and to this point hasn’t felt the need to lower his demands to facilitate a trade. I believe he feels he could trade Mayfield if he changes his mind and pays a large enough portion of the $18.86 million contract, but hasn’t reached that point.

As for giving away Beckham, Berry didn’t have many options. He tried several times to trade him before the deadline but didn’t find a market. The video shared by Beckham Sr. came on the day of the trade deadline, so dumping Beckham in the aftermath wasn’t an option. The Browns also didn’t have the option of paying Beckham to stay home — league rules don’t allow it — so Berry did the best he could by saving some money in exchange for making it easier for Beckham to make it through waivers and be able to sign with the team he chose.

Mayfield’s situation is a bit different because the Browns are in the offseason. They can offer to excuse Mayfield from mandatory minicamp and training camp but can’t force him to stay away. If Mayfield’s still on the roster for minicamp June  14-16, it will be fascinating to see how the team and he handle it. The Browns don’t want him here and don’t want him to take repetitions from their quarterbacks. Mayfield doesn’t want to be here but could try to create pressure for a trade by showing up and making things uncomfortable — even if he doesn’t say a word to the media. I still think a trade will happen before then, but time’s running out.

Q: If Baker Mayfield works a buyout for whatever number, is the cap hit still $18 million?

A: I’m not a salary cap expert, but I’m pretty sure the answer is no. Teams rework contracts all the time to save cap space, and a true pay cut would also work that way.

Q: Will Kareem Hunt be traded this year if Jerome Ford balls out in training camp?

A: I don’t think so. I can’t remove it as a possibility given the crowded and talented running back room, but I keep coming back to Hunt being too valuable to trade, especially with the Super Bowl as the goal. And I don’t think Hunt would bring back much in a deal given the $6.25 million cash he’s due in 2022 and that he’s in the final year of his contract.

If Ford lights it up in camp, and even if he doesn’t, I think D’Ernest Johnson will be traded. He proved last year he’s a player, should be wanted across the league and is eligible to be an unrestricted free agent after the season. The Browns might be able to add a midround draft pick by letting him go a year early.

Q:
I was wondering what to expect from Anthony Schwartz this year?? Big improvement do you think, or was he just a poor draft pick??

A: That’s one of the most important questions facing the Browns. Not that they couldn’t survive minimal contributions from Schwartz, but they used a third-round pick on him a year ago, he’s a significant part of the plan at receiver and one of the reasons Berry seems unlikely to sign another proven veteran.

I’m caught somewhere between expecting a big improvement and being ready to call Schwartz a poor draft pick. He was slowed by injuries last year, so I’d like to see him have a healthy offseason, training camp and preseason before passing judgment. I’m enamored by his speed and the coaches rave about his intelligence, but he’s certainly raw and must show he’s got the hands and toughness for the NFL. If he becomes the legitimate downfield threat the Browns envisioned, the offense could reach new heights … assuming Watson is eligible to play.

Q: What are the front office expectations for Anthony Schwartz? Can we read anything into the team NOT signing a speed WR in free agency?

A: Stefanski and chief strategy officer Paul DePodesta made it clear during the draft the Browns have high expectations for Schwartz, even if others are discounting him. So I think you can certainly read into the lack of moves at the position as the team trusting Schwartz to make a big leap in Year 2.

Q: I’ll be rooting for David Bell as much as any Brown this season. Football speed is the true measure, a 40-yard dash doesn’t measure the impact of a Denzel Ward breathing down your back. Is the David Bell pick a sign our analytics folks are growing in sophistication?

A: I understand the appreciation for Bell, and I do think he can have a large role as a rookie. Stefanski wanted him before the draft, which means he envisioned Bell succeeding in his system.

But I don’t think it’s fair to dismiss 40 times completely. They do measure how fast someone can run, and that matters when it comes to separating from cornerbacks and being able to stretch the field. Of course, speed isn’t everything and plenty of track stars have failed on the football field, but it does matter. Having said that, a lack of prototypical speed can be overcome, with Jarvis Landry a prime example.

As for the analytics part of your question, I’m not ready to say it’s a growth in sophistication. I do think it’s another example of the personnel department’s willingness to bend its rules. It favors trading down to acquire more picks and drafting guys who meet specific physical models, including speed, but will make exceptions for the right players — such as trading up for linebacker Jeremiah Owusu-Koramoah a year ago and selecting Bell this year.

Q: Not team, but coverage question. Will you have more access to players in person this summer or will it still be pandemic-restricted? It seems pandemic changes meant less individual informal contact with players for media. Thus the seeming big surprise on OBJ’s … discontent?

A: The pandemic certainly curtailed access, especially the informal kind you mentioned, which is so valuable in my job. The restrictions were lessened for much of last year, including the return of in-person one-on-one interviews in training camp, which helped. But the biggest obstacle was the lack of locker room access for the second straight season. That’s where relationships are built, information is gathered and observations made.

The NFL has announced locker rooms will be open again this season, which usually happens after training camp for the Browns because of the extra players on the roster during the summer. It will be nice to be back in there.

Q: What do you make of the right tackle situation? Jack Conklin was pretty banged up last year, even before the serious knee injury. He’ll be 28 this year and is making $11 million this season. The Browns don’t have a lot of depth or a plan to replace him. Should this be more of a concern?

A: It’s a tricky situation for sure. I think when the Browns signed Conklin in 2020 the hope was they would keep him around with an extension. That’s still possible, but he’ll need to prove he’s healthy after the torn patellar tendon and playing at a Pro Bowl level.

If that doesn’t happen, the ideal scenario would be James Hudson III stepping into the starting lineup and succeeding. But that’s not a certainty for the fourth-round pick in 2021 who struggled when forced into action as a rookie. So right tackle could certainly become the No. 1 priority in the 2023 offseason if things don’t go well.

As for this season, the Browns believe veteran Chris Hubbard will be back from injury and able to serve as the top backup and step in if Conklin isn’t able to play.

Q: I didn’t see this mentioned in the Cleveland media: Erich Barnes, star defensive back for the 1960s Giants, dies at 86. A speedy cornerback who also played for the Chicago Bears and the Cleveland Browns, he was often matched against the league’s best wide receivers.

A: I hadn’t seen this, so thanks for pointing it out.

I wasn’t familiar with Barnes, but his resume’s impressive. He was a six-time Pro Bowler and one-time All-Pro who was a fourth-round pick of the Bears in 1958. He joined the Browns in 1965 and spent the last seven years of his career in Cleveland, including one Pro Bowl trip.

Q: Do you expect the Browns to add Catherine Raiche to the front office? With the Ravens hiring Sashi Brown, do you see a commitment on their part to try to catch up with the Browns when it comes to spending on analytics? Loved your reporting through the draft!

A: First, thanks for the kind words.

I do expect the Browns to add Raiche as a key piece of Berry’s personnel department. He’s a big fan after their time together with the Eagles.

Regarding the Ravens, they’ve always been big into analytics from a game-management perspective, but the addition of Brown as president could increase the role of analytics throughout the organization. But I don’t think the Ravens feel they need to catch up to the Browns in pretty much any area. They’ve got the receipts for their success.