Two women describe their accusations against Deshaun Watson, while his lawyer asks “what evidence is there of any guilt?” in HBO interviews 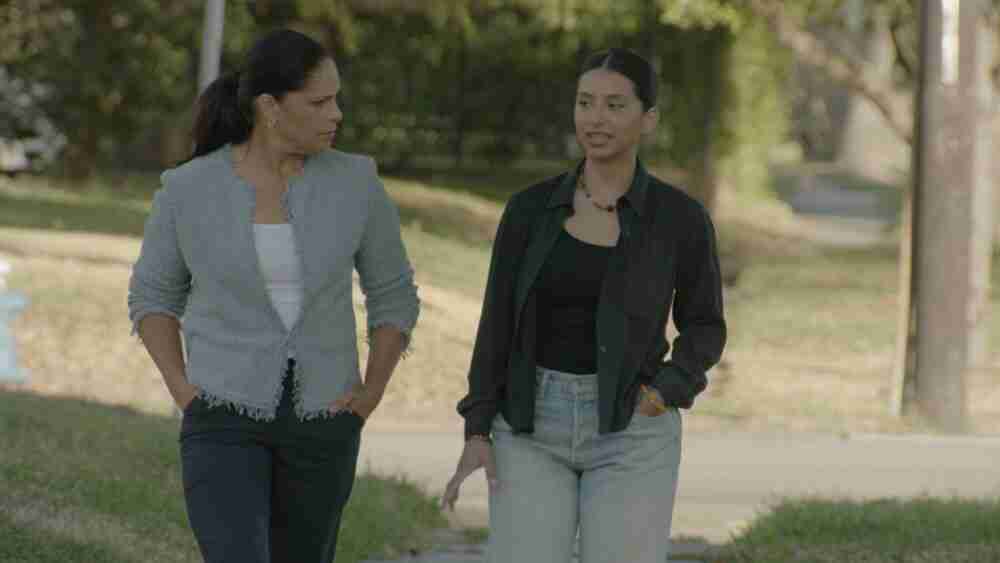 One of Deshaun Watson’s accusers believes he threatened her after she objected to his actions during a massage therapy appointment.

Another called it “sick” that the Browns gave Watson, a three-time Pro Bowl quarterback, a fully guaranteed $230 million contract despite 24 women accusing him of sexual misconduct.

Ashley Solis and Kyla Hayes gave their first national-TV interviews to HBO’s “Real Sports with Bryant Gumbel” in a story that first aired Tuesday night at 10.

Solis and Hayes are among the 22 women with active civil lawsuits against Watson, who continues to deny any wrongdoing.


“As I’m working, he deliberately grabs himself and put his penis on my hand,” Solis said during the interview with Soledad O’Brien. “And I pulled my hand away instantly and I started crying. And I told him that I’m done. I don’t wanna do this anymore.”

Watson, who declined an interview with HBO citing the ongoing NFL investigation, has denied the exchange. But he admitted to apologizing to her in a text after their encounter in March 2020, according to the deposition transcript obtained by USA Today.

His main lawyer, Rusty Hardin, was interviewed on 92.3 The Fan in Cleveland and released a video statement after HBO released excerpts of the interviews but before the “Real Sports” episode aired.

“Both of the women that they at least in their promos are talking about are people that have been in the media before making the same allegations, and the allegations are not different,” Hardin said on the radio. “At least what they put in the promo is what they’ve been saying all along, and that we’ve taken great issue with. We have been denying the allegations that they’re voicing tonight from the very beginning. Deshaun has at least.”

“I have absolutely no idea,” Solis said when asked about the grand jury decisions. “I don’t see how any of those human beings could have sat there in front of me and think what he did was OK.”

Hayes described her interaction with him.

“He wanted me to kinda make a V motion in his pelvic area,” she said. “So go across his stomach to his thighs, back to his stomach. I just kept massaging and did what he asked until his penis kept touching me repeatedly as I did it. He was moving his penis back and forth as my hands moved as well.

“At some point, he did ejaculate. That was mortifying and embarrassing and disgusting.”

Watson denies any impropriety or sexual contact of any kind with Solis or Hayes. He denied any wrongdoing March 25 in an introductory news conference after the Browns traded a net of five draft picks, including three first-rounders, to the Houston Texans to acquire him.

“I’ve never assaulted or disrespected or harassed any woman in my life,” Watson said.

“For him to say he’s never did anything to a woman, it’s a bold-faced lie,” Hayes said when shown the video clip of Watson at the news conference.

Hardin reiterated his support for Watson in his video.

O’Brien asked Leah Graham, one of Watson’s attorneys, why would the public believe one man vs. 22 women.

“It’s 22 women. It’s one lawyer,” Graham said, referring to Tony Buzbee, who represents all the plaintiffs. “There’s only one lawyer who was willing to take these cases. And as we know from Ashley Solis’ deposition, Mr. Buzbee was not the first, probably not the second or third lawyer she went to, but he was the only one to take her case. Why? Not because it had merit, but because he would use these cases to increase his social media following and quite frankly to get on shows like this one.”

O’Brien asked Graham about Watson having sex with three of the accusers.

“Deshaun Watson has insisted that in these massages, that he was looking for nothing other than professional services, but we know he did have sex with three women, right?” O’Brien asked. “Oral sex with two, vaginal sex with another. So how do you explain unintentionally ending up having sex with people who are giving you professional massages?”

“Well, in every massage, I will tell you he did go intending just for a professional massage, and only those three instances where sexual conduct occurred — consensual sexual activity — it occurred after the massage session had ended,” Graham said. “And Mr. Watson has testified and is insistent that that sexual activity was initiated by the plaintiff in every single instance.”

Solis pushed back on Watson’s claim.

“I’m not a sex worker. I am a massage therapist,” she said. “For them to say that anything was consensual, either they don’t realize or they don’t care about the danger that puts me in. Because that gives the message to people that massage therapists do those kind of things.”

Watson told reporters March 25 he didn’t have any regrets, and O’Brien asked if that was still true.

“As he testified in his depositions last week, yes, he has no regrets because he did nothing wrong,” Graham said. “He did nothing wrong in these massages. And although — to your first question, ‘How can he be innocent?’ I think the real question is, ‘What evidence is there of any guilt?’”

The Browns agreed to pay Watson the NFL-record $230 million guaranteed contract as he waived his no-trade clause to be dealt to Cleveland.

“It’s just like a big screw you,” Solis said of the contract. “That’s what it feels like. That we don’t care. He can run and throw, and that’s what we care about.”

“It was sick to me,” Hayes said. “I felt like he’s being rewarded for bad behavior.”

The NFL continues to investigate the accusations. Watson met with its investigators for three days last week and is expected to again, Hardin said.

Watson could be punished with a suspension and/or fine if the league determines wrongdoing.

“I think we’re nearing the end of the investigative period and then at some point this will be handled by our disciplinary officer,” Commissioner Roger Goodell said Tuesday at the league meetings. “And that will happen hopefully shortly. And then we’ll see where that comes out.”