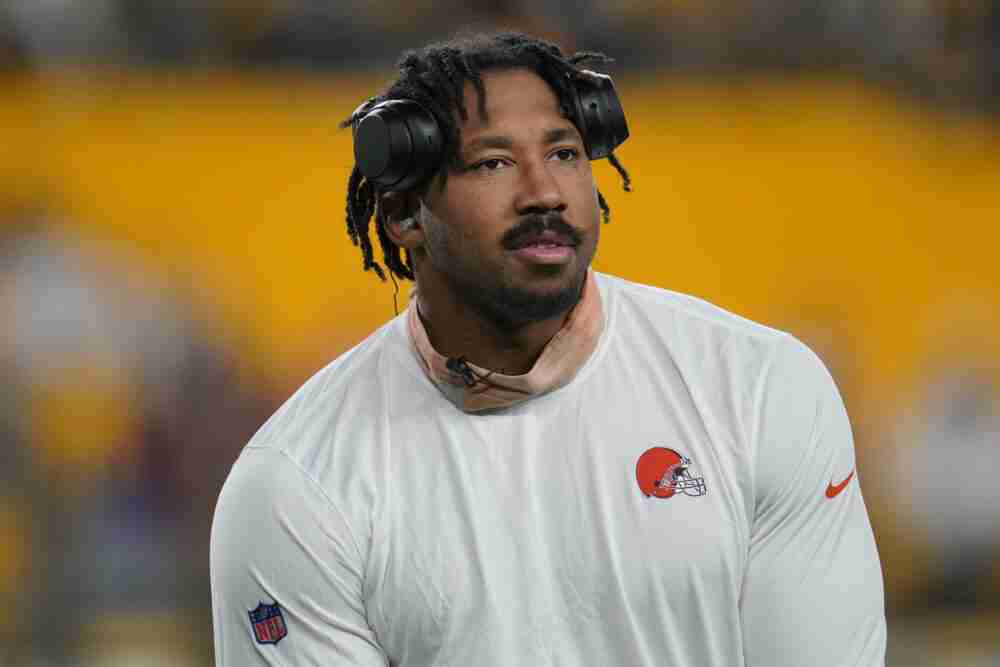 Myles Garrett spoke out against gun laws he considers too lax Wednesday morning in a tweet following the Tuesday shooting that killed at least 19 students and two teachers in an elementary school in Uvalde, Texas.


“So an 18 year old kid is legally within his rights to buy multiple AR’s and a pistol online, going to kill 21 or more people.. while a woman in the states can’t even have full autonomy of her body in the US? Sh*t just doesn’t make sense. It’s pathetic.” he posted. “This isn’t the 17/1800’s. We aren’t taking our muskets out the closet to defend our country. We aren’t minutemen. No other country has near the amount of mass shooting as we do and we say the same sh*t every single time..Prayers and condolences that aren’t bringing (any) of those loved ones back or easing any of those broken hearts

“If you have a problem with what I’ve said, I could not give a damn. Stop normalizing the death of innocents by troubled individuals and rationalizing it with the idea of safety. It isn’t safe. We see that on the news every week”

Garrett, 26, is a two-time All-Pro defensive end from Arlington, Texas. The No. 1 overall pick in 2017 has shown before he isn’t afraid to speak his mind on political and social issues.

“We mourn the tragic loss with the nation and our fellow Texans of these beautiful children and adults in Uvalde,” said Mayfield, who’s from Austin. “The heartbreak, the devastation and the nightmares will last a lifetime for many.

“Emily and I hope we can all come together to prevent another tragedy like this from every happening again. Now is the time for real progress, real teamwork and real solutions. If not for us, then for our children and our children’s children. #UvaldeStrong”

We mourn the tragic loss with the nation and our fellow Texans of these beautiful children and adults in Uvalde. The heartbreak, the devastation and the nightmares will last a lifetime for many. pic.twitter.com/4PNoIKiIPp

Two women describe their accusations against Deshaun Watson, while his lawyer asks “what evidence is there of any guilt?” in HBO interviews
Teammates say Deshaun Watson looks great on field, quickly established himself as leader, blocking out distractions despite lawsuits, NFL investigation