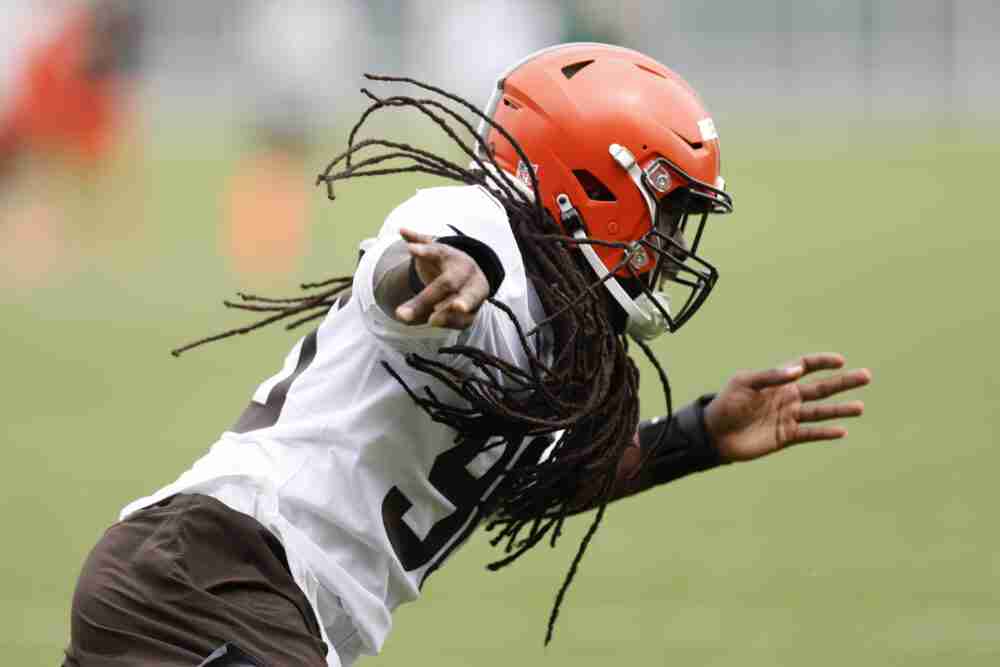 Linebacker Anthony Walker Jr. got the silent treatment from defensive end Jadeveon Clowney during free agency. That changed when Clowney agreed Sunday to return to the Browns on a one-year contract worth up to $11 million.

His message was simple.

“I text him about a month ago, and he didn’t text me back,” Walker told reporters Wednesday after practice. “So then I saw him and I gave him a little look and he gave me a little look and we left it that, and then I text him after he signed back and he texted me one thing: Super Bowl, that’s it.

“So happy to have him back, for sure.”

Clowney signed the contract Wednesday and hit the practice field for organized team activities. The deal reportedly includes $9.25 million guaranteed and reunites him with All-Pro end Myles Garrett, who also recruited Clowney during the offseason.

“Great to have JD back,” coach Kevin Stefanski said. “He is a very active player. He was very productive for us last season. He is very popular in this building, so having him in the meeting room and having him around the building, you felt his energy and the guys were excited that he was here.”

“Nah, I thought he was coming back. Especially when we got Deshaun,” Newsome said, referring to quarterback Deshaun Watson. “You put the pieces together and just how successful he played last season playing alongside Myles Garrett. And he sees what we’re trying to build here and I think everyone sees it, and that kind of shows you that he knows that we have something special on this team, so he wanted to be a part of it.”

Clowney had nine sacks, 19 quarterback hits and two forced fumbles in 2021, his first season in Cleveland.

“It makes my job easier so I’m super excited that he’s back,” Newsome said. “He has an aura about him too, he’s a big, energetic guy. I would say he’s kind of like the big brother but you’re able to relate to him as he relates to you as well. He was definitely great for us last year and he’s looking to do even better things this season.”

Running back Nick Chubb raved about Watson but remains a supporter of Baker Mayfield, who’s expected to be traded.

He said they’ve remained in contact and expects Mayfield “100 percent” to be successful wherever he lands.

“I know Baker. His attitude, his intensity, wherever he goes, it’ll be on,” Chubb said. “He’ll be ready.

Watson delivered a gift while Walker talked to the media. It was a Rolex watch.

“Appreciate that,” Walker said, placing the small box behind him on the ground.

Walker gave up No. 4 when the Browns traded for Watson.

“Deshaun said he was coming to Cleveland, I text him 10 seconds later and said, ‘Welcome to Cleveland, No. 4.’ That was it,” said Walker, who switched to No. 5.

He wouldn’t confirm the gift was for the number.

Tight end David Njoku didn’t attend the practice, as he waits for a long-term extension to be completed, according to a report by Cleveland.com. The Browns used the franchise tag in March to keep him from becoming a free agent.

** Stefanski donated his basketball hoop so players can shoot when they walk off the practice field.

** Tight end Nakia Griffin-Stewart was signed this week, and tight end Nick Guggemos was waived. The Browns also brought back defensive back Reggie Robinson II after he was claimed then waived last week after failing a physical. Undrafted rookie quarterback Felix Harper was waived.