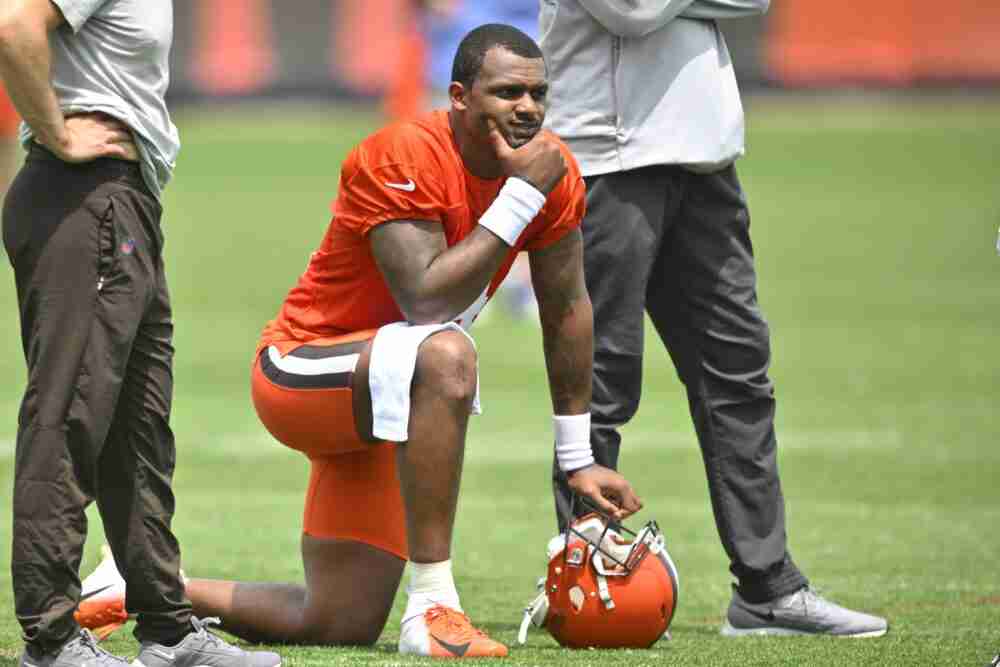 Independent arbitrator Sue L. Robinson isn’t in a rush to make a ruling in the disciplinary case of Browns quarterback Deshaun Watson.

Robinson, a former federal judge, presided over a three-day hearing that concluded Thursday in Delaware. After listening to the arguments from both sides, she asked for the NFL and Watson’s attorneys to submit briefs, a league source confirmed to The Chronicle-Telegram.

The briefs are due the week of July 11, according to multiple reports. Robinson hasn’t revealed a timetable for a ruling.


In the meantime, the Browns wait to find out if Watson, a three-time Pro Bowler, will be suspended for violating the NFL’s personal conduct policy, and if so, for how long. He’s been accused by more than two dozen women of sexual misconduct, including assault, during massage therapy sessions.

The NFL is asking for an indefinite suspension of at least a year, and Watson would have to apply for reinstatement. Watson’s camp, which includes the NFL Players Association, has argued no suspension is warranted.

The league believes it presented evidence to warrant Watson be sidelined for the entire 2022 season, a person familiar with the case told the Associated Press. The source said the league’s 15-month investigation showed Watson committed multiple violations of the personal conduct policy and he’d be required to have counseling before being eligible to return.

Watson’s defense expects a suspension, a source told the AP. “Our goal is to get him back on the field this year,” the person said.

Watson has denied any wrongdoing, and two Texas grand juries declined to indict on criminal charges. He recently settled 20 of 24 civil lawsuits in confidential agreements.

This is the first case for Robinson in her role after the NFL’s disciplinary process was changed in the 2020 collective bargaining agreement. Previously Commissioner Roger Goodell made the ruling initially and after appeal.

If Robinson hands down punishment to Watson, either side could appeal, and Goodell or someone he appoints would make the final decision. The original punishment could be maintained, reduced or increased.

The Browns are scheduled to open training camp July 27. Veteran Jacoby Brissett is in line to replace Watson.