Commentary: Haslams have to take blame for all this mess, uncertainty 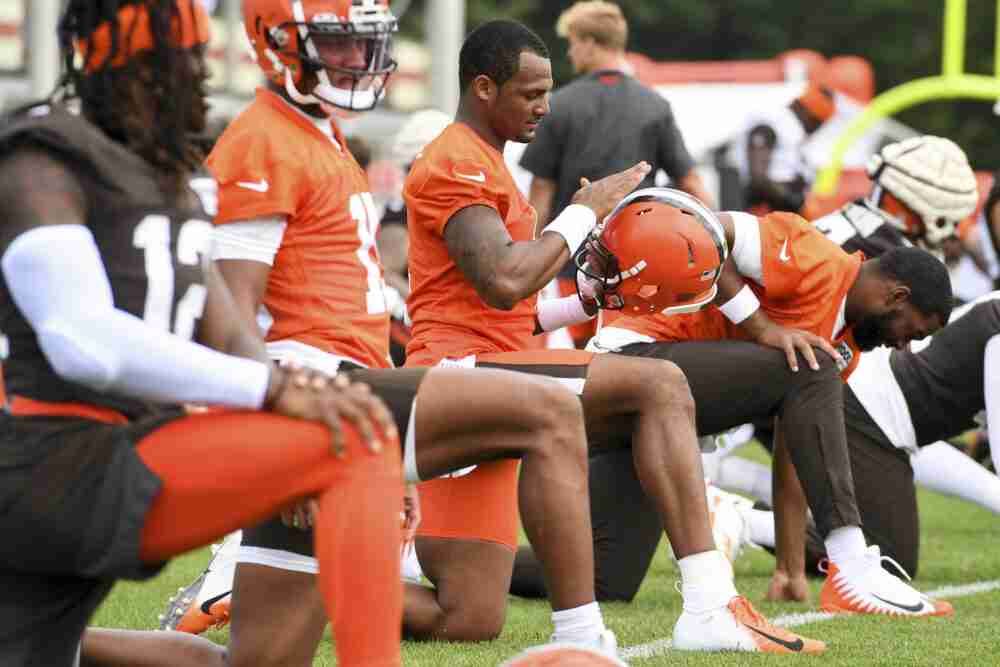 Does any NFL team make more news away from the playing field than your Cleveland Browns?

If there was a Super Bowl for “now what?” moments, the Browns would have multiple rings.

Today, a large percentage of the fan base is celebrating the fact that the team’s $230 million quarterback is only going to be suspended for roughly one-third of the NFL season.

Deshaun Watson suspended for six games; NFL undecided if it will appeal


Conversely, some observers are infuriated that the Browns’ $230 million quarterback is only going to be suspended for roughly one-third of the NFL season.

Others think that Deshaun Watson should be suspended for the full season.

Still others believe he shouldn’t be suspended at all.

All I know is that we wouldn’t be here, and neither would the Browns, if, with the first pick in the 2018 draft, they would have taken Josh Allen. Or if Baker Mayfield hadn’t gotten hurt last year. Or if he and Odell Beckham Jr. could have peacefully coexisted.

But all that is muddy water under a rickety bridge.

Today, Dawg Pound Nation is faced with the philosophical question: Anybody got Jimmy Garoppolo’s phone number?

Hey, six games are roughly a third of the season. It also sounds like, perhaps, three games past Jacoby Brissett’s expiration date. The Browns are a team built to win now. They are not a team built to spin their wheels now, and then hit the gas and try to win sometime down the road.

The clock on this loaded roster is ticking, and every day that the roster is not operating at full strength, especially when due to ill-advised, self-inflicted decisions, is a wasted day in a potentially wasted season.

Analysis: Waiting to see if NFL appeals and other quick thoughts on Deshaun Watson’s six-game suspension

That, in fact, is what is most troubling about the entire Deshaun Watson saga, apart, obviously, from the nature of the accusations of well over a dozen women. Browns owners Dee and Jimmy Haslam willingly brought to their team a player and an unfinished drama that have caused predictable and ongoing controversy that is not going to disappear anytime soon.

It also threatens to stall the development and unleashing of a Super Bowl-caliber roster. And none of this should be unexpected. The Browns signed up for this when ownership made one of the most controversial decisions in franchise history: to trade for Watson and sign him to a contract with the most guaranteed money in NFL history.

Those were such hot button decisions that the Haslams left the country rather than attend, in person, Watson’s introductory news conference to explain the thinking that went into those decisions. Instead, the owners did it via Zoom, leaving to their two lieutenants, general manager Andrew Berry and head coach Kevin Stefanski, the in-person sales pitch to the media.

Monday’s long-awaited announcement by independent disciplinary officer Sue L. Robinson that Watson would be suspended for the first six games of the NFL season was probably as good an outcome as the Browns could have hoped for.

In those first six weeks Cleveland will play, in order, the Panthers, Jets, Steelers, Falcons, Chargers and Patriots. Three of those teams — Carolina, New York and Atlanta — had double figures in losses last year, and the combined record of the six teams was 44-57. This year, four of the six Watson-less games — all but Carolina and Atlanta — will be Browns home games.

The NFL has three days to appeal Watson’s six-game suspension. If the league does appeal, the case would revert to commissioner Roger Goodell or someone of his choosing, whose decision would be final.

Not until then, with Team Goodell either accepting Robinson’s ruling or changing it to its own liking, will the Browns be able to fully exhale — or call for an oxygen tank.

If the NFL does appeal and Team Goodell, for example, doubles the length of Watson’s suspension, then it will be back to the drawing board, as Browns strategists either plot a way for Brissett (career record as a starter: 14-23) to either smoke-and-mirrors his way toward winning more games than he loses, or Berry, with absolutely no leverage at all, texting 49ers general manager John Lynch to ask how much is that Garoppolo in the window?

Because the worst-case scenario for the Browns is an extended Watson expungement, a season in which he plays less than half the games. Keep in mind also that the Haslams made no friends among NFL owners by giving Watson that monster contract, and Goodell’s bosses are the NFL owners.

That said, the Browns could probably still beat most of the tomato cans on their schedule by simply running Nick Chubb and Kareem Hunt 25 times each per game and their defense playing to the level of their salaries.