With pads put on Tuesday, here’s a first crack at predicting the 53-man roster 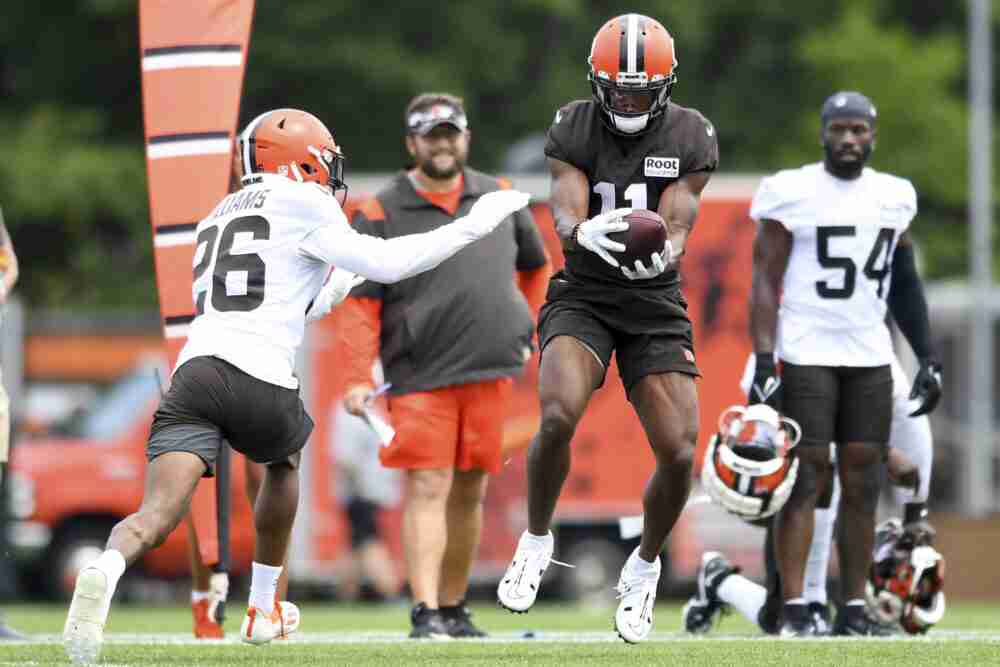 BEREA — Training camp is five practices old, but it’s really only getting started.

After a lengthy ramp-up period, the pads finally come on today. (And maybe the Deshaun Watson suspension talk can take a recess during practice.)

Not only does the intensity spike and tempers inevitably flare in pads, but the truest evaluation of players happens. Strength and will are tested, and the linemen can finally hit somebody.

So as things are about to get good, here’s a first guess at what the roster will look like when cuts to the regular-season limit of 53 are made Aug. 30:


Deshaun Watson suspended for six games; NFL undecided if it will appeal

Comment: A suspended Watson won’t count against the roster, but an experienced veteran could be added to back up Brissett and keep Dobbs as the No. 3.

Comment: D’Ernest Johnson gets traded before the cuts, and Felton doubles as a receiver.

Comment: When coach Kevin Stefanski arrived in 2020, he was committed to having a fullback, but that’s changed and Stanton isn’t guaranteed a spot.

Comment: Grant’s main role will be as the kick returner.

Comment: Tight end usage will dip this year, but a fourth could be kept in lieu of a fullback.

Comment: Fields and Harvey could lose their spots to acquisitions at the end of the preseason.

Commentary: Haslams have to take blame for all this mess, uncertainty
Training Camp Log, Day 6: The 10-year anniversary of Haslams agreeing to buy the team