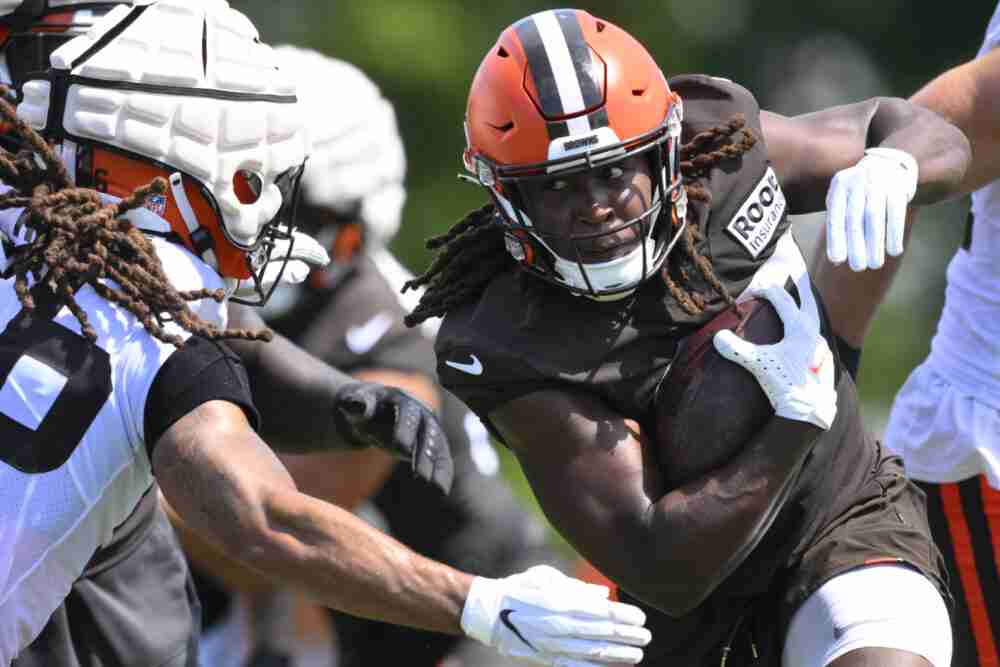 BEREA — Running back Kareem Hunt has taken his push for a contract extension to the next level.

He hasn’t participated in team drills during the last two practices because he wants a new deal, a league source confirmed to The Chronicle-Telegram. CBS Sports’ Josina Anderson was first to report the reason Saturday after practice.

Hunt has continued to do individual drills. He is entering the final year of a two-year, $12 million extension signed in 2020.


“I hope I get paid,” Hunt said at his youth camp in June. “So you know, whatever they decide, they know I’m going to come out there and give it my all and I’ll do whatever I can to help the team win.”

He said he felt a sense of urgency to complete a deal.

“Man, as soon as possible,” he said. “On both sides, if they come correct and make me feel great, then I’ll be willing to be here.

“If not, we’ll see where it goes after that. I really don’t know.”

The Browns didn’t comment Saturday. A team usually fines a player in such instances.

Hunt, who turned 27 on Saturday, joined the Browns in February 2019 and was suspended by the NFL for the first eight games after a pair of off-field altercations during his time with the Chiefs, including pushing and kicking a woman. The Browns have complimented him for his on-field work and off-field behavior since joining them.

D’Ernest Johnson is third on the depth chart behind Hunt, is coming off a breakout season and is in the final year of his contract. Rookie fifth-round pick Jerome Ford is next.