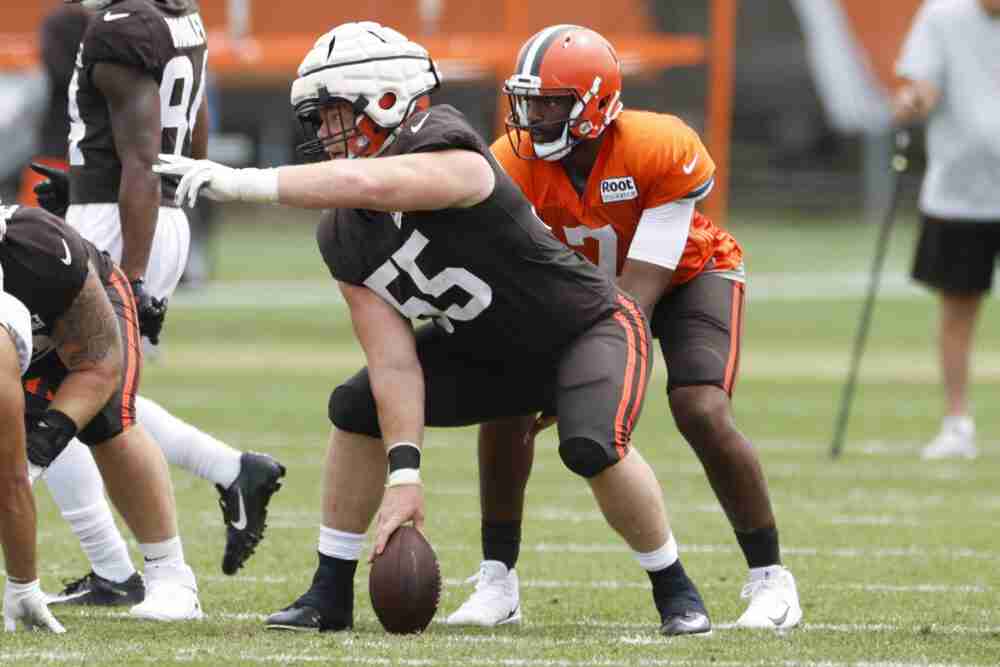 A LOCAL CONNECTION: Ethan Pocic is a big fan of Elyria Sports Hall of Famer Les Miles. Pocic was recruited to LSU out of Lemont, Illinois, while Miles was the coach.

“I love Les,” Pocic said. “He believed in me, he came and got me. He could have picked a Louisiana kid but he chose me, so I’ve got a lot of gratitude for him.”

Pocic appears to be the choice to replace an injured Nick Harris as the starting center.


NEWS OF THE DAY: Quarterback Jacoby Brissett took the first rep with the starting offense for the first time, as the coaches try to get him ready for the start of the season. Deshaun Watson faces at least a six-game suspension.

CAMPER OF THE DAY: The practice wasn’t much more than a walkthrough, but receiver Anthony Schwartz rebounded a bit from his two drops Friday night during the preseason opener. He caught a short out from Watson and went low to make a nice touchdown catch from Brissett.

PLAY OF THE DAY: Tight end David Njoku didn’t look like he saw the pass coming, then at the last instant snatched it for a touchdown over the middle from Brissett against tight coverage.

QUOTE OF THE DAY: “He is going to be there. He is not going to miss that.” — Coach Kevin Stefanski on rookie defensive end Isaiah Thomas attending the birth of his daughter, who’s due in the next 10 days in Tulsa, Okla.