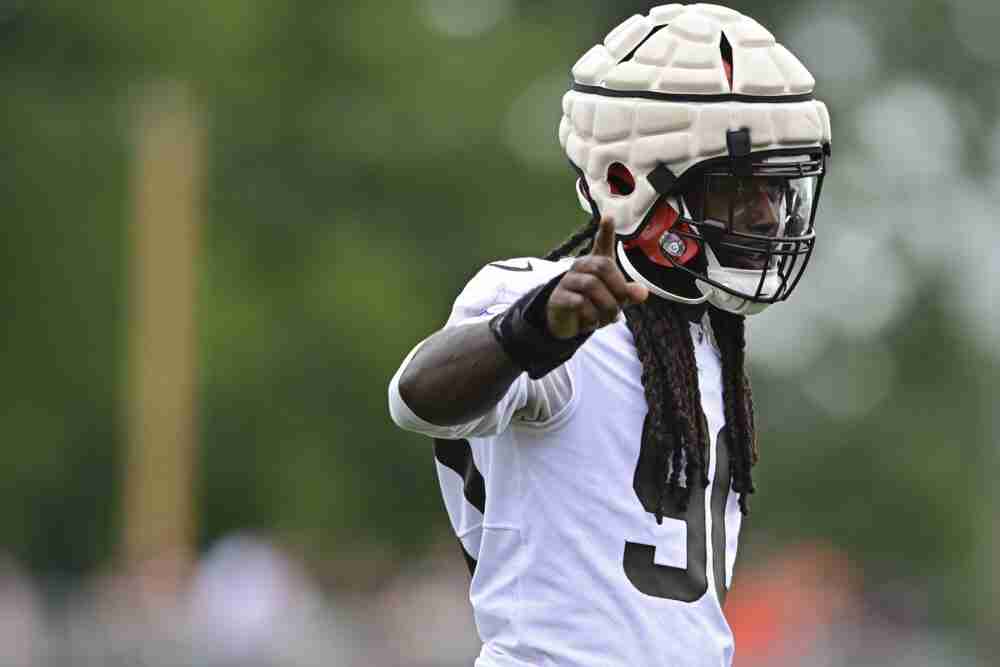 PHILADELPHIA FREEDOM: The highlight of the week likely won’t be the preseason game vs. the Eagles on Sunday afternoon at FirstEnergy Stadium but the pair of joint practices with the Eagles on Thursday and Friday in Berea. Coach Kevin Stefanski plans to use his starters in the practices but not the game.

He grew up in Philadelphia as an Eagles fan and knows a lot of people in the organization and on the coaching staff. His first “jersey” was of Hall of Fame defensive end Reggie White.


NEWS OF THE DAY: Pro Bowl cornerback Denzel Ward (foot) practiced for the first time since minicamp June 16. He was activated from the physically unable to perform list.

CAMPER OF DAY: Defensive end Jadeveon Clowney came ready to practice and made life miserable for the offense, especially right tackle Chris Hubbard. Clowney repeatedly got to the quarterback for what would’ve been sacks, rejected a Jacoby Brissett pass at the line, didn’t fall for a play fake, causing Brissett to throw the ball into the ground, and stopped Kareem Hunt behind the line on a run.

“You can tell he enjoys playing football, he enjoys having success and winning on the football field,” defensive run game coordinator Ben Bloom said before practice. “So him just doing that every day and being himself has just been awesome.”

PLAY OF THE DAY: Backup quarterback Josh Rosen connected with undrafted rookie tight end Marcus Santos-Silva in the right corner of the end zone with safety Luther Kirk IV in tight coverage. The throw and catch were on point.

QUOTE OF THE DAY: “I think he has been sharp since April. I have been very impressed by Jacoby. Very comfortable with him. Understand his skill set. I think he has a very good understanding of what we are trying to do offensively.” — Stefanski, when asked his comfort level in Brissett playing for a prolonged stretch of the season.

TUESDAY’S SCHEDULE: The final practice open to the public starts at 2 p.m.