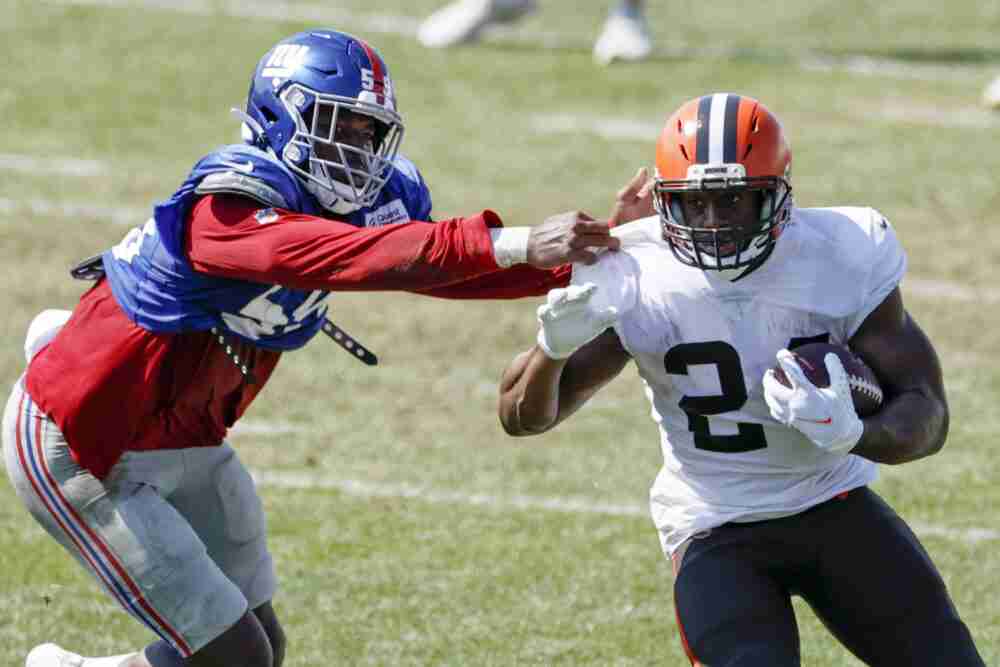 BEREA — The Browns wanted to break up the monotony of training camp, and for the second straight year they will welcome a preseason opponent to their training facility for two joint practices.

The Browns will host the Philadelphia Eagles on Thursday and Friday, and after an off day Saturday, the teams will compete in a preseason game Sunday at 1 p.m. at FirstEnergy Stadium.

“They are two really solid workdays, so there is going to be lots of volume there and opportunity for guys to take that leap, so to speak,” coach Kevin Stefanski said this week. “Our offense has seen our defense for three weeks and has seen certain coverages, certain pressures, etc. On the flipside, our defense has seen a lot of the same plays over and over and over again. It does give you an opportunity to run your plays vs. another scheme that maybe does not know that it is coming. You get to see the guys maybe be in position to succeed a little bit more so than when the defense and the offense have gotten to know each other so well.”


Stefanski said the practices with the Eagles will be “very similar” to the work the Browns did with the New York Giants last preseason. The teams competed in one-on-one, seven-on-seven and team drills.

Stefanski and Eagles coach Nick Sirianni outlined a format for the practices “months ago” but left flexibility to allow both teams to maximize the work in competitive situations.

Having been through joint practices, the players understand the competition level will be ramped up, as they will be working against a non-teammate for only the second time since early January.

They view it as an opportunity to meet the challenge or learn from mistakes and apply any necessary changes before the regular-season opener Sept. 11 at Carolina.

“We go against our guys every day, so having a new team come in here and seeing different routes, different releases, that gets you ready for the season,” cornerback Denzel Ward said Tuesday

Tight end Harrison Bryant added: “It’s exciting, too. We get to go against someone besides your teammates. It’s a big deal just to continue to take that step, building the chemistry of the offense against another team, so I think we’re all pretty excited. The Eagles are a really talented group on defense, so we’re ready for that challenge.

“It’s going to be competitive. Obviously training camp practices are really fast, but you know when you go against a different team, it’s full speed ahead. It’s basically a mini-scrimmage, a mini-preseason game, so you’ve got to be ready to go.”

Along with Jalen Hurts at quarterback, the offense is loaded with playmakers at receiver (Devonta Smith and A.J. Brown), running back (Miles Sanders) and tight end (Dallas Goedert). Smith, Brown and Goedert are dangerous with short and long routes, while Sanders is a dual threat rushing and receiving.

“They have a good offense,” Johnson said. “I was just looking at the roster. They’ve got a lot of new guys, proven players in this league, and it’s going to be fun to go out there at a practice setting and compete with those dudes. It counts for something, but obviously, we know we’re not keeping score or anything like that, so I’ll just see it as a fun opportunity to get better against a great group of guys.”

The Browns have yet to announce whether quarterback Deshaun Watson will play in the game Sunday, but the decision has been made for the starters. Expected to get plenty of action during the joint practices, the starters for both teams won’t play.

“That’s like our game, going against guys like that,” Johnson said. “Last year, we competed. I’m not going to say dominated. I think we won that battle at practice and just looking forward to doing it again.”

Often when the competition level rises, so do tempers, and joint practices have led to some infamous moments across the league.

Most notably, the Cowboys and Raiders have had their issues during joint practices in recent years, and the Panthers and Patriots fought Tuesday and Wednesday. Against the Colts in Westfield, Indiana, prior to the 2019 season, the Browns were involved in a full-team brawl that took both coaching staffs several minutes to break up.

Stefanski hopes the Browns and Eagles focus on their work and don’t let the competition boil over into fisticuffs.

“Listen, we did it last year,” Stefanski said. “There are ways to practice real hard and compete and not waste time.”