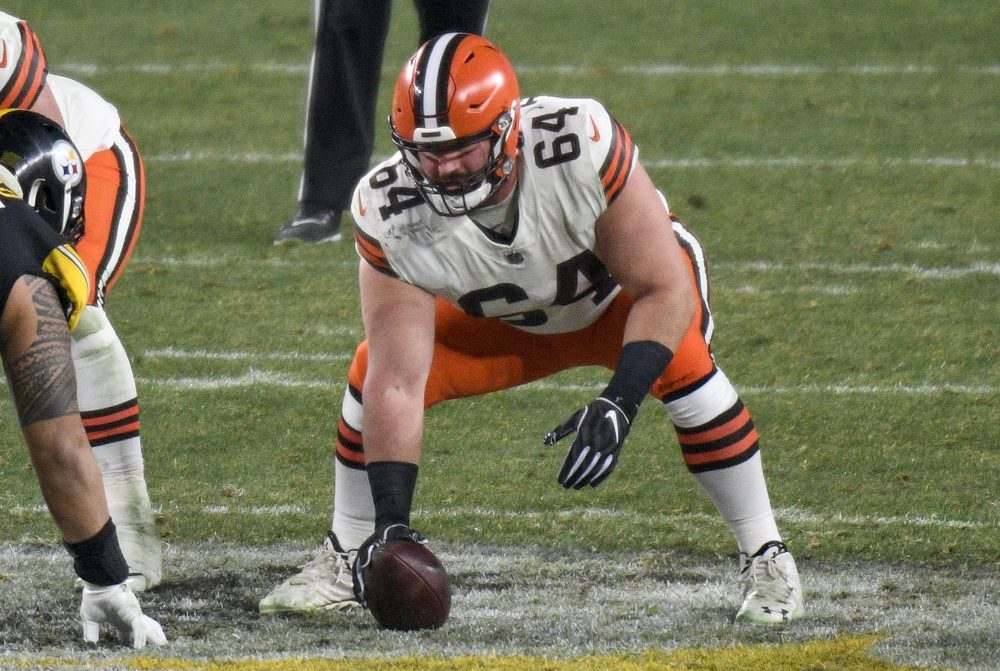 The center and NFL Players Association president announced his retirement Thursday on Twitter. He played for nine seasons, including the last five with the Browns.

Tretter, 31, was cut in March. He wanted to keep playing but didn’t receive interest and chose to call it a career.

Jacoby Brissett, most of starters will play Saturday in preseason finale


He seemed like an option for the Browns after Nick Harris, his replacement, suffered a season-ending knee injury Aug. 12, but a return didn’t materialize. The Browns are content with Ethan Pocic as the starter.

“Happy for JC,” Browns coach Kevin Stefanski said Thursday. “I’m sure he’ll do great in the next chapter of his life, whatever he wants that to be. But I think very highly of the person.”

Tretter said in his announcement that he wrote an inspirational letter to himself May 7, 2011, saying he would play in the NFL.

On to the next chapter pic.twitter.com/gDGTlyhZr0

“I have decided to fulfill the second part of my letter, to stop playing when I wanted to — on my own terms,” he wrote. “I am proud of what I’ve accomplished and how far I’ve come from that night when I made the pledge to myself. I feel like if my 31-year-old self could talk to my 20-year-old self, I could earnestly tell him that we did it. We did everything we said we’d do and more.

“My time on the field may be over, but I’m not stepping away from football. I’m looking forward to doubling down on my work as NFLPA president and pushing for more progress on behalf of the great players of our game, past, present, and future.”

Getting to know Jacoby Brissett: He loves naps and isn’t sure why teammates think he’s funny

The terms weren’t all Tretter’s. In a long story on si.com coinciding with the announcement, Tretter said he had predicted his union presidency would end his career. He was re-elected for a second term in March.

“I always said, ‘My NFLPA job is gonna end my career well before my knees end my career,’” Tretter told Sports Illustrated. “I took this job knowing the risks. I think that’s the price of leadership.”

Tretter continued to play at a high level last year despite not practicing much as he dealt with fluid in the knee for the first part of the season. He said after the season he wanted to keep playing, and told SI none of the seven teams his representatives contacted returned his interest.

“There are teams right now that I would say are desperate for a center based off how camp’s going. Still no calls.”

Left guard and close friend Joel Bitonio suggested recently Tretter’s role as president and vocal advocacy for the players contributed to his lack of offers.

“I think when you have a guy that’s a top-five, top-10 center in the league and he’s not on a roster and he’s the NFLPA president, maybe some of the owners don’t appreciate what he brings to the table on certain topics where he’s trying to protect player safety and things of that nature,” Bitonio said. “It seems a little suspicious to me, but again, I don’t know what’s going on behind closed doors. But just from an outside perspective, usually players that are close to the top of their game get picked up. Teams want to win in this league, so it’s an interesting topic for sure.”

Tretter said he got comfortable with the idea of retiring.

“I know what I’ve accomplished in my career and I’m at peace with that,” he said.

Tretter joined the Browns as a free agent in 2017 and didn’t miss a snap until the Christmas game last year after he tested positive for COVID-19. He was one of the league’s smartest players and repeatedly showed his toughness by playing through injuries, including a high ankle sprain.

“Incredible how he was able to fight through injuries and all of those type of things,” Stefanski said. “Never wanted to come out of the game. An impressive an example for the young guys about how to make it to Sunday.”