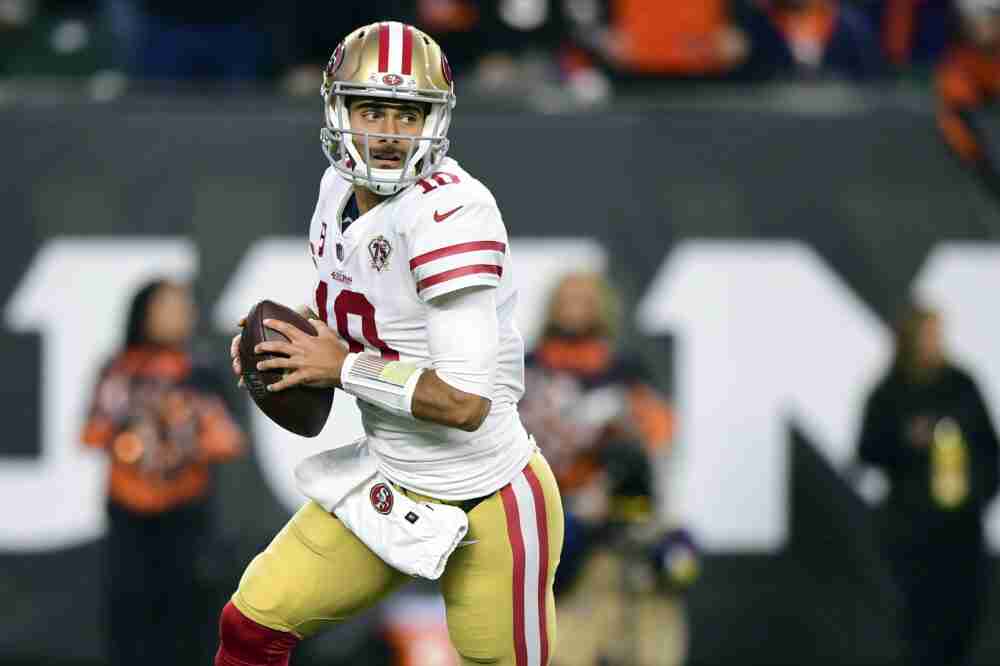 Quarterback Jimmy Garoppolo is no longer an option for the Browns after agreeing to restructure his contract and stay with the 49ers for the season. The deal includes a no-trade clause.

With Deshaun Watson suspended for the first 11 games, the Browns seemed like a logical landing spot for Garoppolo. He was due a non-guaranteed salary of $24.2 million and likely would’ve been released without agreeing to the pay cut to $7 million plus incentives.


The Browns weren’t interested in taking on Garoppolo’s contract but may have pursued him if he became a free agent.

The 49ers traded up to draft Trey Lance No. 3 in 2021 and moved him into the starting lineup this season.

The Browns will go with Jacoby Brissett in place of Watson. The front office preferred Brissett over Garoppolo but would have considered him as a backup who could’ve become a starter if Brissett struggled or was injured.

Approaching the Tuesday afternoon deadline to cut rosters to the regular-season limit of 53, the Browns have Brissett, Joshua Dobbs and Josh Rosen at quarterback. Dobbs is in line to be the backup after a strong preseason in which he led nine scoring drives and showed off his mobility. He’s thrown only 17 regular-season passes in the NFL after being a fourth-round pick of the Steelers in 2017.

“I am proud of Josh Dobbs. He has done a really nice job,” coach Kevin Stefanski said Saturday night after the preseason finale. “He is somebody who has worked very, very hard form the beginning when he walked in the door with us in the spring and through now. He plays well in these games. He is a very, very accountable teammate. Very pleased with Josh Dobbs.”

The Browns could keep Rosen on the active roster or practice squad, or bring in someone else. They need a third quarterback in the building in case of injury or illness.

General manager Andrew Berry will wait until Tuesday to make most of the roster cuts. He began Monday with seven moves that reduced the roster to 73.

None of the moves was a big surprise, although Wims and Bradley spent time with the Browns a year ago. Their releases mean the Browns are going really young at receiver.

Wims entered the NFL in 2018 and Bradley in 2020. That qualified them as veterans in Cleveland’s receivers room.

No. 1 wideout Amari Cooper, 28, is entering his eighth season. No. 2 Donovan Peoples-Jones is next as he enters his third season.

Everyone else in the group that will continue to get trimmed Tuesday is a rookie or in his second year.

Berry still has some difficult decisions to make, including at receiver and on the offensive line.