Commentary: After an adventurous offseason, the hard part starts Sunday 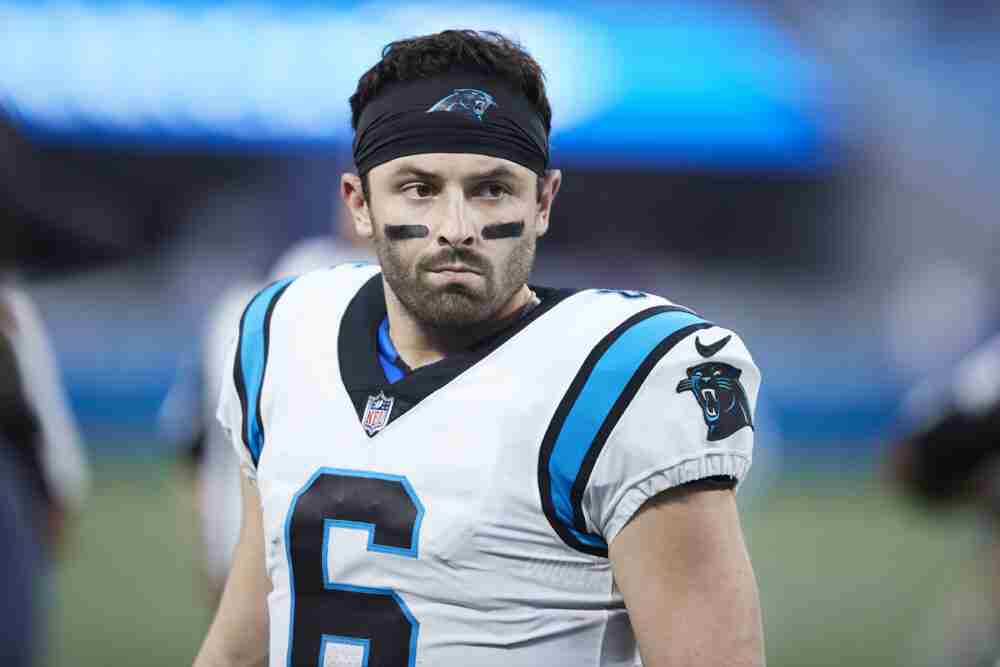 It’s hard to say which is most stressful for Browns fans: the offseason, the preseason or the season.

Only the Browns could go into the offseason vowing to upgrade at the quarterback position, only to start the next season with a quarterback not as good as the one they ran away from.


On Sunday, the Browns will open the NFL season by trying to beat the quarterback they gave up on.

Let’s just say that on Sunday, Baker Mayfield is going to wake up feeling extra dangerous.

Depending on how things go, this has a chance of eclipsing Mayfield’s Clint Eastwood-style sideline stare down of Hue Jackson, in the middle of the Bengals game a few years ago, after Jackson signed on as an assistant with Cincinnati after being fired in Cleveland.

Not that Mayfield holds grudges or anything.

Sunday, the innocent bystander caught in the crossfire will be Jacoby Brissett, the 29-year-old career backup quarterback the Browns signed as a safety net, a week after Team Haslam traded for Deshaun Watson, and almost immediately began preparing for a worst-case scenario, given Watson’s baggage.

Has any season-opening NFL game ever had as many plotlines as Sunday’s Browns vs. Panthers street fight?

Remember, it’s no secret that last year’s Beckhamgate fractured a portion of the Browns’ locker room, with players taking both sides of that ego cold war. How many of them were defensive players? Sunday might offer some clues.

This isn’t just a football game. It’s potentially a grudge-settling referendum on latent grievances involving multiple parties, and a stark reminder of the high stakes of roster roulette.

The Watson signing was a gigantic swing for the fences, the kind of shameless, push all your chips to the center of the table gamble that only the most desperate plunger takes.

Not then. Apparently, not now. Changing quarterbacks is one thing. Shamelessly alienating a large portion of your fan base, turning your customers against one another and paralyzing the position you profess to be strengthening is quite another.

All of that is beneath, let’s say, a pristinely run organization such as the Steelers, the Browns’ nearest division foe, who must be getting endless, private, but hearty chuckles over such groping in the dark from their turnpike neighbors.

Say what you will about Baker Mayfield as a quarterback, but he’s: a.) a demonstrably better one than Jacoby Brissett; b.) never been suspended by the NFL; and c.) is not guaranteed $230 million over the next five years.

Other than that, this latest Haslam brainstorm is a wash.

Obviously, the grand plan in Cleveland, upon trading for Watson, was to ride out the expected suspension for however long it would be, and then insert into the lineup an elite quarterback capable, in theory, of taking the Browns to where they’ve never gone: to a Super Bowl. That looks good on paper, but bad with the messy, intervening and ongoing headlines that trade has generated.

In the meantime, the Browns will start the 2022 season with Super Bowl aspirations, and a quarterback whose job description declares him to be used only in a “break glass in case of fire emergency” type situation.

For starters, Brissett is not as good as Mayfield, and on Sunday Mayfield will be playing not for the Browns but for the other team.

Yes, Watson will return for game No. 12. But what about the first 11? What about, when he does return, the two or three games it takes to get him up to speed, given that the last time he appeared in a regular-season NFL game was Week 17 in the 2020 season?

It’s not a certainty that, upon his return, Watson will immediately become the elite quarterback he was before he self-imploded. What if it takes him two or three games to reach that level? When Watson returns, the Browns will only have six games left in the regular season, so, for better or worse, he’s going to have to hit the ground running … and passing.

Not to mention, what happens if Mayfield lights it up on Sunday, throws for four touchdowns, and leads his new team to a win over his old team, giving him the last laugh on his former employers, who, after Sunday’s game, only have to wait for 10 more games to pass before their starting quarterback returns.

Or what if Watson returns for game 12 and is instantly gangbusters the rest of the way?

This has a chance to be the most complicated, exciting or stressful season in Browns history.