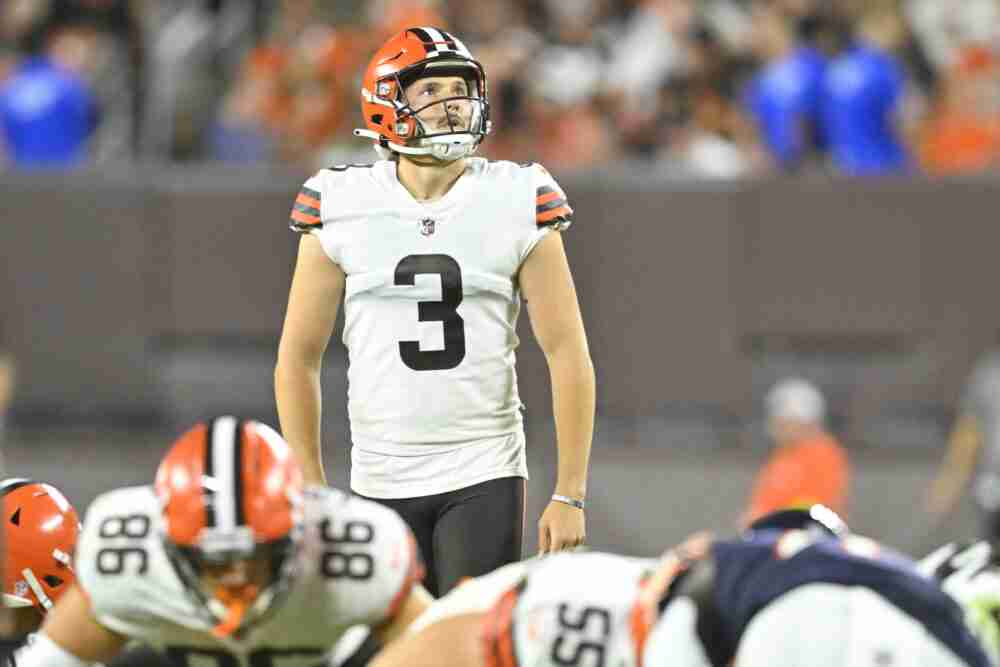 Q: Now that the Browns seem to have a top-flight kicker, how much do you think that will affect the fourth-down play calling of Kevin Stefanski during the course of this season?

A: It’s a good question and certainly a situation that bears watching. And I’m going to hedge a bit with my answer.


The presence of rookie Cade York will allow Stefanski to feel comfortable with field goals from much farther, which should increase the number of field goals the Browns try. But I believe Stefanski will still be aggressive in certain fourth-down situations — under 3 yards to go or inside the red zone — and continue to go for it. Touchdowns are just so valuable, especially against high-scoring teams, that settling for field goals all the time isn’t the smart move.

Q:
I haven’t seen Jacoby Brissett play much. What do you think his strengths are as a QB?

A: The Browns have spoken a lot about his decision-making, command of the offense and recollection of defenses he’s seen throughout his career. His 36-to-17 touchdown-to-interception ratio points to all of these attributes.

There’s been little talk of his skill set, which is because he doesn’t have the obvious talent of Deshaun Watson. He doesn’t move as well or throw as easily. But he’s not a statue, has a big enough arm and the team feels he can be successful in their play-action passing game. If he can make two or three big throws a game off play-action, that could be the key to the entire season.

Q: I’ve read that less than 3 percent of NCAA Division I football players see so much as a snap in a regular-season NFL game, which should underline just how extraordinary NFL athletes are. Watching games it’s clear that it can be extremely intimidating to face the level of physical beating the best NFL players are capable of inflicting. Mike Tomlin speaks a lot about how he teaches young players the “unwritten rules of the game.” Could it be that the Browns are too focused on scheme at the cost of preparing extraordinary athletes like Anthony Schwartz how to survive and thrive in the alpha-dominated real world of NFL football?

A: An interesting subject, and I’m going to say yes.

I have no doubt Schwartz has struggled to adjust to the physicality of the NFL. He’s skinny for a receiver and seems intimidated, which can affect everything from catching to route running. He just doesn’t play as fast as he is in too many situations.

Your point about the Browns being more focused on scheme is interesting. I said yes because the Browns spend so little time hitting and tackling, that improving Schwartz’s physicality doesn’t seem like a priority. Having said that, you would think by the time a player reaches the NFL he’d be used to taking hits, etc.

Q: What jersey color are the Browns wearing?

A: Brown jerseys, white pants. By far my favorite combination.

Q: Any chance during the season you will be able to provide us with your favorite restaurant or craft brewery for the cities you travel to?

A: I’m not sure of my entire travel schedule for the season, but I can answer for Charlotte.

Had a great dinner at Fahrenheit, the Southern version. The ribeye appetizer and seabass entrée were delicious. My local drink of choice was Bold Rock Carolina Draft Cider.

Mailbag: What will Browns do in the crowded running back room?