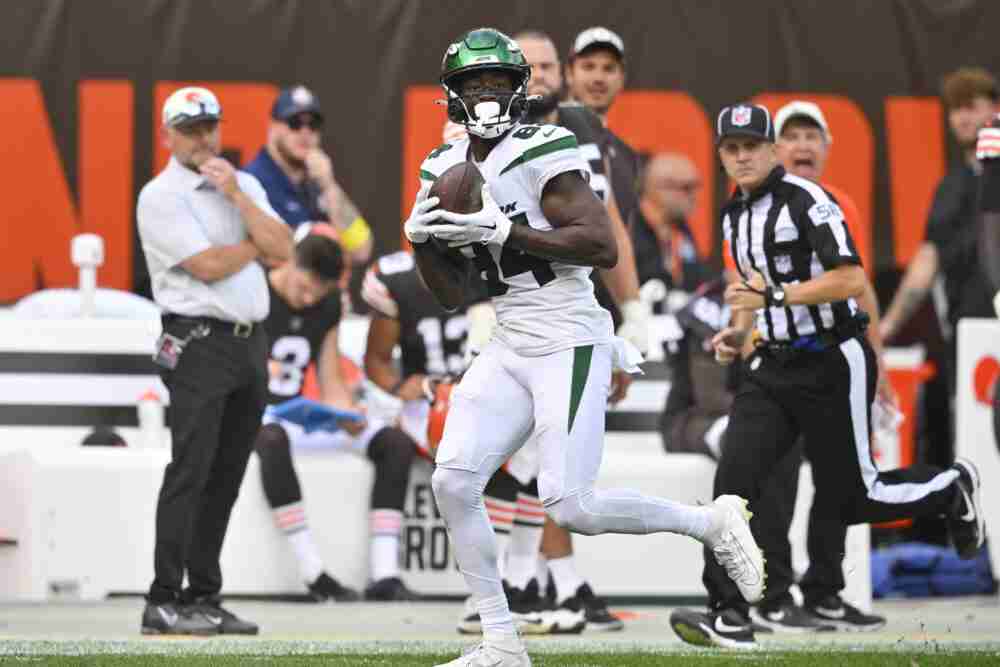 CLEVELAND — For the second straight week, the Browns had a missed coverage assignment that allowed the opponent to score a long touchdown in the fourth quarter.

Unlike Week 1, when rookie Cade York erased the mistake with a 58-yard field goal for the win, the issues compounded Sunday. Following a successful onside kick try, the New York Jets had a nine-play, 53-yard drive that quarterback Joe Flacco capped with a 15-yard touchdown pass to rookie receiver Garrett Wilson with 22 seconds left.

The two fourth-quarter touchdowns and successful extra points erased a 13-point Browns lead and gave the Jets a 31-30 victory at FirstEnergy Stadium.


“We didn’t finish,” linebacker Anthony Walker Jr. said. “Whole lot of things went wrong. We’ve got to find a way to win the game at the end of the day, no matter how you get it done.”

With the crowd on its feet in celebration of a Nick Chubb 12-yard touchdown run with 1:55 remaining, the Browns defense was one stop away from securing a win and the team’s first 2-0 start since 1993.

Just two plays into the drive, the Jets took advantage of a giant miscue.

On second-and-1 from the New York 34-yard line, Flacco took the shotgun snap and found receiver Corey Davis sprinting down the right sideline uncovered. Flacco’s pass was on target, and after securing the catch at the Cleveland 25-yard line, Davis jogged untouched into the end zone.

Davis ran right past Pro Bowl cornerback Denzel Ward at midfield, and safety Grant Delpit wasn’t there to back him up.

“Miscommunication,” rookie cornerback Martin Emerson Jr. said. “Just got to be on the same page.

“Gotta be better, got to play better as a team and just finish that game. We beat ourselves.”

“Defense, we’ve got to hold each other accountable,” cornerback Greg Newsome II said. “That’s two weeks in a row, and that’s not acceptable. That’s not the brand of football we play. That’s not what we talk about being the best defense in the NFL. We gotta be better.”

After a rare successful onside kick recovery, the Jets had a first-and-10 at their 46-yard line. Instead of getting a quick score, they built a drive that put them in front and took a minute off the clock.

Flacco’s first completion went to running back Michael Carter for 12 yards and he ran out of bounds to stop the clock. Then Flacco completed 4- and 5-yard throws that were caught by tight end Tyler Conklin and Carter, respectively. They sprinted out of bounds to save time.

Flacco missed on three of his next five attempts, but the two he hit were critical: a 12-yarder to Wilson and the 15-yard touchdown.

“We have to find a way to rep it at practice,” Johnson said. “Literally put it on tape. That’s what we gotta do. If it’s a hand signal, we should all be making the signal. We should see all seven guys on the backend making the signal so there’s no way that you could say, ‘Oh, I didn’t get the call.’ It’s sending and receiving.

Flacco’s second touchdown pass of the game to Wilson drew a heavy chorus of boos from Browns fans.

While star defensive end Myles Garrett expressed frustration over the fans expressing their displeasure with the breakdowns and the loss, Johnson understood the pain felt in the stands.

“We’ve got some of the most loyal fans,” he said. “I don’t blame them. It’s unacceptable.

“We go out there, they pay their hard-earned money to at least see us put up a decent show. Come on, we’ve got to win that one.”

The silver lining is that the Browns don’t have to wait long for a chance to solve these issues in a game.

The Browns host the Pittsburgh Steelers in their AFC North Division opener Thursday night. With the Steelers coming off a loss to the New England Patriots at home, the Browns know they cannot take anything for granted.

“It’s one of the best things about taking this one is we’ve got a divisional opponent on Thursday, and you can’t have (any) layover with this one,” Walker said. “We’re right back in the building tomorrow. I wish I could be telling those guys this after a win, but we’ll be better, and we’ll learn from it.

“I’m already on Pittsburgh right now, that’s how I get over it. That’s my message to the team. We’ve got a divisional opponent coming in who doesn’t care what we just went through. They’re coming in here to kick our ass. We have a responsibility to do on Thursday, and we’ve got to respond.”