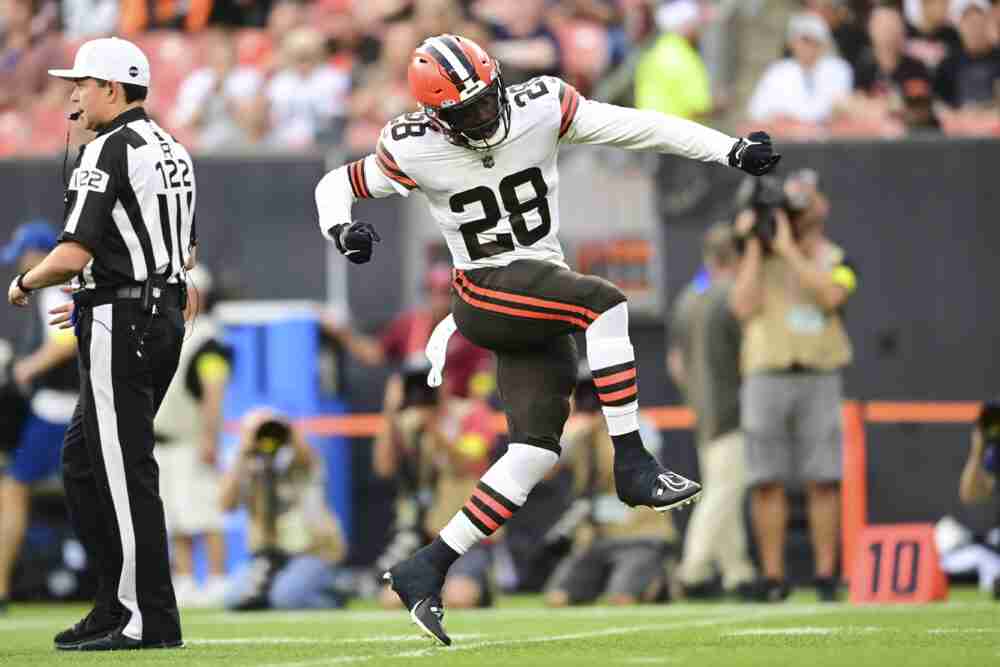 BEREA — Tight end David Njoku (Nigeria), linebacker Jeremiah Owusu-Koramoah (Ghana) and Hjalte Froholdt (Denmark) will wear a helmet decal of the flag that represents their nationality or cultural heritage during the next two weeks as part of the NFL’s player-led initiative to showcase the global influence on the league.

“It means everything,” said Owusu-Koramoah, who traveled twice in the offseason to Ghana, where his father was born. “It means I have a responsibility to uphold Ghana and what it represents to me. The great quote from Kwame Nkrumah is ‘I’m not necessarily an African because I was born in Africa, it’s because Africa was born in me.’ And that’s very essential when we talk about the ideology and the mindset of those coming from the land to uphold that national title.”

Teammates thrilled to see Myles Garrett back in building; he doesn’t practice but isn’t ruled out for Sunday

More than 50 nations and territories will be represented by coaches and players across the league. Players can choose to wear, alongside the American flag, the flag of an international country or territory if they lived there for two years or more or have a parent or grandparent who was born there. Patriots coach Bill Belichick will wear a pin of the Croatian flag.


Njoku was born in the U.S., but his family moved from Nigeria, where his father was a chief.

“It’s awesome,” Njoku said of the initiative. “We’re making great strides in the right direction. So we’ve just got to keep building from there.”

Froholdt was born and raised in Denmark before first coming to America to play football as a teenager.