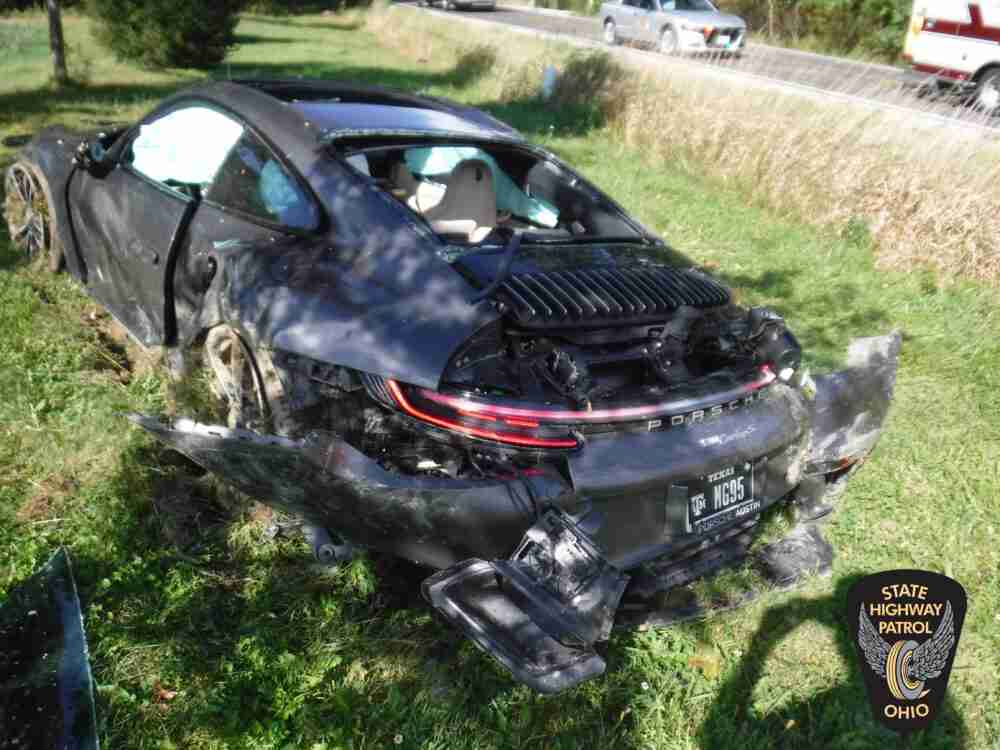 Browns defensive end Myles Garrett was cited for failure to control in the single-vehicle crash he was involved in Monday afternoon.

Garrett was issued a citation for failure to control a motor vehicle for a crash Monday, when he rolled his 2021 Porsche 911 Turbo. The citation includes a scheduled appearance in Wadsworth Municipal Court, but Garrett is not required to appear in court.

According to the crash report, he was traveling south on State Road in Sharon Township when he went off the road and struck a ditch and a fire hydrant. The car then rolled over several times. A news release from the Ohio Highway Patrol characterized Garrett’s speed on the road as unsafe, and likely a contributing factor to the crash. Drugs or alcohol, or distracted driving were not suspected in the crash, the news release stated.

Following the crash, Garrett was taken to Akron General Hospital, as was a female passenger, later identified by the highway patrol as Yiana S. Tjotjos, 23, of Rocky River. Both were wearing safety belts, and treated for injuries. Tjotjos was treated for a minor head injury, and the Browns announced Tuesday that Garrett had a shoulder sprain, biceps strain, cuts and bruises. His status for Sunday’s game in Atlanta is unknown.

David Njoku, Jeremiah Owusu-Koramoah excited to represent nations where fathers were born
Teammates thrilled to see Myles Garrett back in building; he doesn’t practice but isn’t ruled out for Sunday