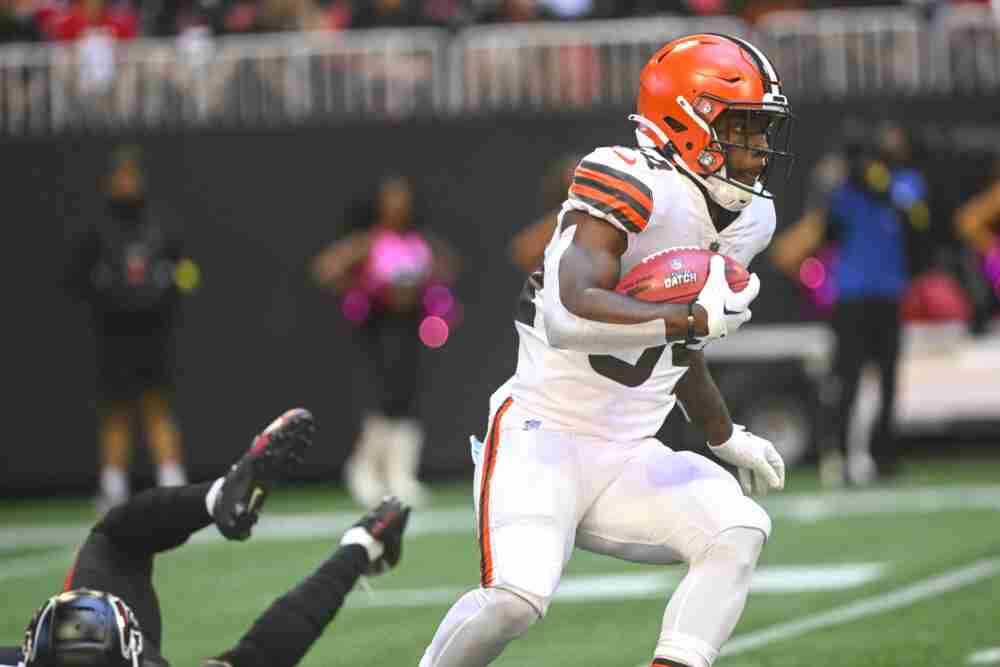 The Browns will be forced to make a change at kickoff returner.

Rookie running back Jerome Ford was placed on injured reserved Tuesday after injuring an ankle Sunday in the 23-20 loss to the Falcons. Ford, a fifth-round pick out of the University of Cincinnati, limped off the field after a kickoff return in the first quarter and didn’t return.

He must miss at least four games on injured reserve. Teams are allowed to bring back eight players from IR during the season.

Demetric Felton replaced Ford as the returner for one kickoff in Atlanta before D’Ernest Johnson took over. Johnson has returned 25 kickoffs in his career, averaging 24.8 yards.

Notes: Run defense missed Myles Garrett, Jadeveon Clowney, and Kevin Stefanski says it’s too early to say if they’ll be back vs. Chargers

Receiver Anthony Schwart is also an option, and veteran receiver/returner Chester Rogers could be elevated or signed from the practice squad. He’s been primarily a punt returner throughout his career, but had 14 of his 19 career kickoff returns last season with Tennessee, averaging 20.1 yards.

Johnson, who was a healthy scratch the first two games, will serve as the No. 3 running back behind Nick Chubb and Kareem Hunt. Johnson’s only snap on offense this year was the final offensive play vs. the Falcons. He was open underneath as quarterback Jacoby Brissett was intercepted on a downfield throw.

Ford hasn’t played at all on offense.

The Browns (2-2) also made a change on the practice squad at defensive end.

Kamara was undrafted out of Stony Brook in 2021. He played eight games with the Bears as a rookie, collecting 10 tackles, one for loss and a pass defensed.

Weaver was signed to the practice squad last week and elevated for the game due to the injuries to starters Myles Garrett and Jadeveon Clowney. He dressed but didn’t play.

Greedy Williams, who was expected to begin the season as the No. 3 cornerback, could return to practice this week. He was placed on IR before the opener with a hamstring injury.