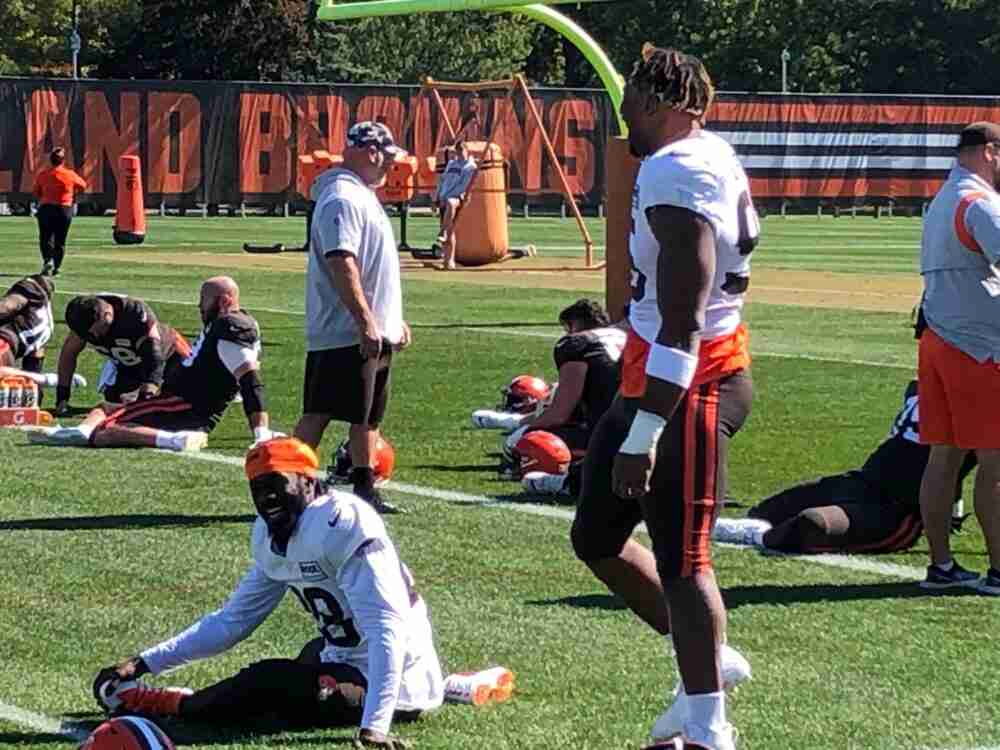 The All-Pro defensive end returned to the practice field Wednesday for the first time since a scary car crash Sept. 26. He jogged the length of the field to join his teammates for stretching, smiled as he talked to linebacker Jeremiah Owusu-Koramoah, did more stretching than he usually does and finished the warm-up by high-stepping for 15 yards.

He even winked toward the cameras recording every move.

“Good to have Myles even in the walkthrough, just having his presence and having him in the meetings,” coach Kevin Stefanski said before practice. “He’s a big part of what we do, so good to have him back out there.

“I haven’t seen him practice yet. He’s worked out, obviously off to the side. But I get to watch practice today and get a good feel for where he is.”

Garrett’s Porsche went off the road, hit a fire hydrant and rolled several times. He sustained a sprained left shoulder, strained right biceps, cuts and bruises. He returned to Browns headquarters last Thursday but didn’t practice or make the trip to Atlanta for the 23-20 loss to the Falcons.

He had his hands wrapped and a sleeve on his right arm Wednesday but looked ready to go.

The Browns face the Chargers on Sunday at FirstEnergy Stadium and could use Garrett as they try to slow down quarterback Justin Herbert, who leads the NFL with 312.5 passing yards a game. Garrett tops the Browns with three sacks this year and is a half-sack from tying Clay Matthews for the official franchise career record with 62.

Jadeveon Clowney, the other starting defensive end, didn’t join Garrett in returning to practice. Clowney has been out since rolling his ankle Sept. 18 against the Jets.

Stefanski said Clowney was close to playing vs. the Falcons and was hopeful he’d practice Thursday or Friday.

The Browns sacked Atlanta’s Marcus Mariota only once and gave up 202 yards rushing to the Falcons without Garrett and Clowney setting the edge.

Starting defensive tackle Taven Bryan (hamstring) also returned to practice. He was injured Sept. 22 in the win over the Steelers and didn’t practice last week or play vs. the Falcons.