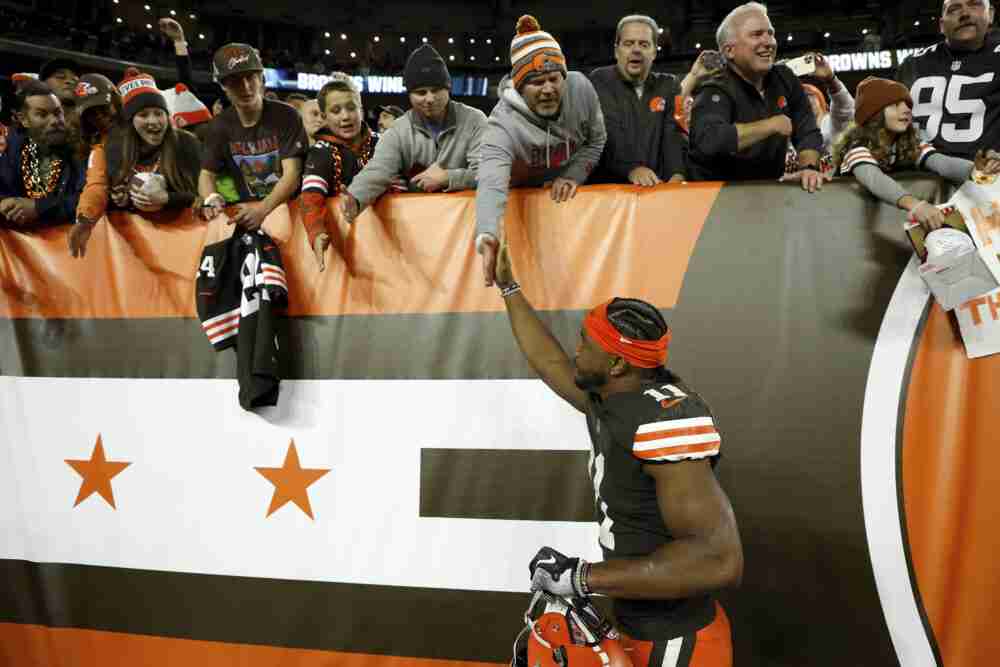 OK, Browns fans, recess is over.

The NFL’s most confounding team is back at work.

The bye week is over.

Deshaun Watson’s suspension is not.


Ready or not, the season marches on. The Browns lurch on.

Anyone who says they know what’s next is lying. The Browns are totally unpredictable, partially inexplicable, sporadically formidable, occasionally Jacoby Brissette-able, anti-special teams-able, and wholly NFL-able.

They are a loose dog running through the neighborhood. A car horn that won’t stop blaring. The car keys you can’t find.

But all that was pre-bye week.

We’re now in post-bye week. That’s the time of the season when teams and coaches either produce or go bye-bye.

The hard part is knowing what to expect, and that’s where the Browns are now. They are all over the map. The team that in their last pre-bye-week game demolished the Bengals is the same team that snatched defeat from the jaws of victory by gifting the Jets with two touchdowns with fewer than two minutes left in the game.

The pre-bye Browns were like that. Maddeningly inconsistent. They lost games by a point, three points, two points and three points — and 23 points. They won games by 12 points, 19 points, and, on a 58-yard field goal, two points.

The Browns reached their bye week without knowing — them or us — how good or bad this team really is. There aren’t many clues pointing in either direction. Say, for example, point differential. The Browns have scored 200 points but allowed 199. Only three AFC teams have won fewer games than the 3-5 Browns, yet Cleveland, relatively speaking, is still in the hunt for a postseason berth.

On the other hand, only three AFC teams have allowed more points than the Browns, but one of them is the team they will play Sunday in Miami. The Dolphins’ so-called defense has allowed 224 points, the most in the conference. Miami has a point differential of minus-11, yet it is 6-3.

The Browns have a point differential of plus-1, yet only the Steelers, Raiders and Texans have won fewer games than the three won by the Browns.

In theory, the Browns return from their bye week still in the playoff hunt — even with that 3-5 record. However, the Browns may have to win all nine, or almost all, of their remaining games, because the AFC North-leading Ravens have the easiest schedule in the league the rest of the way.

Talk about a trip down Lollipop Lane!

The Ravens, unlike the other teams in the AFC North, seem to be getting better as the season progresses. The rest of the division? Not so much. Winning the division seems a long shot for the Bengals or Browns. But there’s always the wild-card route to the playoffs.

Watson will be eligible to play the last six games of the season: at Houston, at Cincinnati, home vs. Baltimore and New Orleans, and then at Washington and at Pittsburgh.

With Watson at quarterback, five of those six games look winnable, the exception being Baltimore. Playing at Cincinnati could be a challenge, although in their recent game in Cleveland the Bengals looked like a team that was on the verge of mailing it in. Assuming Watson stays healthy and transitions smoothly back into being a starting quarterback for the first time in nearly two years, the Browns conceivably could make a late-season run.

Granted, they would need a lot of stuff to go right for them. No serious injuries to key players. Watson quickly getting himself up to speed as the elite NFL quarterback he was before all his legal problems derailed his career. And a surge by the Browns’ current personnel, particularly the defense, to a level it hasn’t consistently achieved this year.

There’s a lot of big asks in that scenario, Watson, of course, being the most important.

On the intangible side, the Browns, in their remaining regular-season games, have a lot to play for individually. Jobs and futures with the team will be on the line as well. Indeed, nothing impresses a football player’s bosses more than coming up big at crunch time, when the season is riding on the performances of all.

During their pre-bye week games, the Browns only rarely appeared to play with any sense of urgency. That’s why they are where they are today.

They return from their bye week with their season on the brink.

Browns at the bye: Dissecting a frustrating first half of the season
Browns-Dolphins Preview: 3 things to watch, 3 key numbers, the prediction