Refreshed by the bye, Myles Garrett, Jadeveon Clowney ready to get after Dolphins QB Tua Tagovailoa 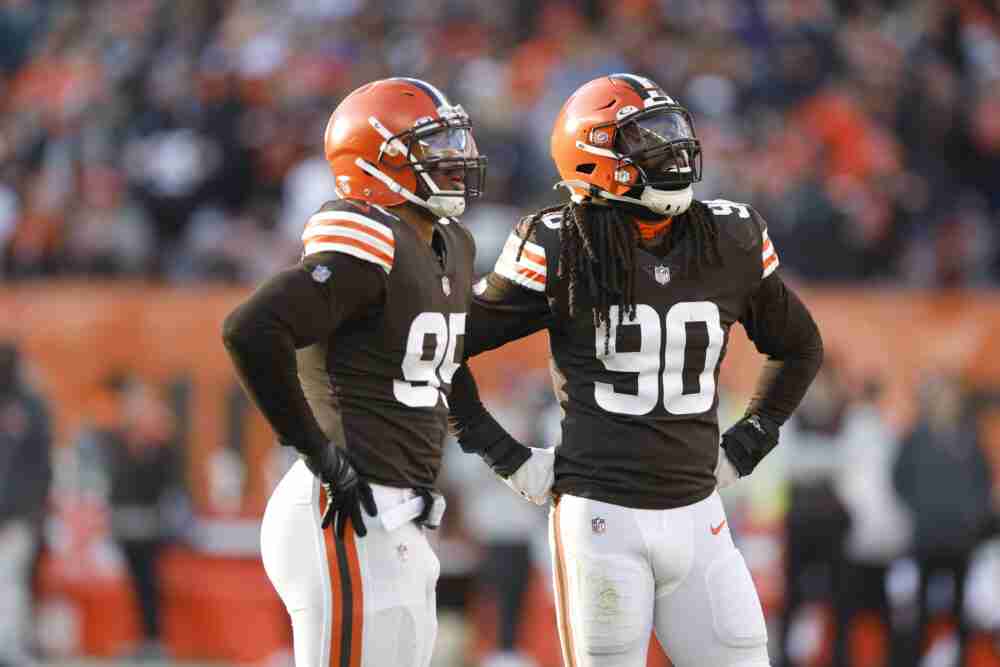 BEREA — Myles Garrett’s first half of the season was interrupted and disrupted by a traumatic accident. A left shoulder sprain and right biceps strain suffered when his Porsche went off the road and rolled cost him a game and affected him for the four that followed.

He isn’t completely recovered but practiced fully Thursday and Friday and wasn’t listed on the injury report for the first time since the Sept. 26 accident. He feels stronger coming out of the bye as the Browns prepare to visit the Dolphins on Sunday and insists his vision for the season never changed.

“The goals are the same. I never lost sight of what was happening,” the All-Pro defensive end said Friday. “The accident, no matter how much time I was going to have off … I was going to make sure that I was going to achieve my goals.


“So I still think we all have our goals ahead of us and everything that we want to achieve right in front of us, we’ve just got to keep going and go get it.”

At 3-5 the Browns face an uphill climb to make the playoffs but are empowered by the 32-13 win over the Bengals on Oct. 31 before the bye. The defense played its best game of the season, led by a pass rush that sacked Joe Burrow five times.

Garrett had 1.5 to give him 4.5 over the last three games and 7.5 for the season. Fellow end Jadeveon Clowney didn’t have a sack but was a force after missing time and being limited by an ankle injury sustained in Week 2.

The ends were further energized by the time off during the bye.

“I feel like I needed that bye,” said Clowney, who has 1.5 sacks in five games. “Ever since that ankle injury it’s been lingering.”

“I feel a little better than I did the last few weeks I’ve been playing,” he said. “I’m just hoping it’ll roll over to these games and I’ll continue to feel this way the rest of this year.”

The pass rush is always vital, but even more so this week against the Dolphins. Tyreek Hill and Jaylen Waddle form arguably the fastest receiver tandem in the league, so the Browns can’t afford to let quarterback Tua Tagovailoa sit in the pocket and wait for them to run deep.

“Oh, hell yeah,” Garrett said of the added importance this week. “Those guys are lightning bolts. They can make a play in an instant.”

“Whoever can control the line of scrimmage, whoever can get pressure on the quarterback, I feel that’s what it’s going to come down to this week,” Clowney said. “The front’s gotta come to play, we gotta come to play and help our DBs out as much as possible. They’ve got a great offense, a great receiving corps, a great everything.”

Cornerback Greg Newsome II is confident the defensive line will give the secondary the support it needs.

“When you have guys like Myles Garrett and Clowney up front and some of the other guys up there, it makes our job a lot easier,” he said. “They’re not going to be able to hold the ball too long. It definitely helps us a lot.”

Tagovailoa leads the league with a 115.9 passer rating, is 6-0 when he starts and finishes the game this year and 12-2 in his last 14 starts. He can throw deep but also excels at getting the ball out of his hand in a hurry.

Garrett and Clowney mentioned the need to affect Tagovailoa (6-foot-1) even if they’re not sacking him.

“Just trying to bat down some balls, he has some low trajectory balls over the line,” Garrett said. “Being able to get those, make him hold it just a second longer, wait till they’re moving deeper in the route and then getting up the yard by getting a sack or a forced fumble, that’s when we’ll be able to make our plays. But we first have to knock down these quick ones, because he wants to get it out quick.”

“Oh my god, you’ve just got to keep at it,” Clowney said. “We know that’s how the game goes, been like that all year, guys getting the ball out fast against us. But as a D-lineman, you’ve just got to keep rushing, keep playing hard, try to make something happen, get your hands up, tip some passes and try to get some tipped passes for the DBs to make an interception if that’s the case. Got to get our hands up in the passing lane because he ain’t that tall, so it should be pretty easy to get some tipped balls this week, try to get turnovers.”

Garrett is 6-4 and Clowney 6-5, and the defense looks and functions differently when they’re together and healthy.

“That is a lot of length that the offense has to deal with, and then JD plays so disruptive in the run game and in the pass game and you can rush him inside and outside so he gives you some versatility,” coach Kevin Stefanski said.

Much of the discussion this week has been about the speed of the Dolphins. Clowney’s focus is different.