Notes: Browns preparing — and some hoping — for snow game in Buffalo 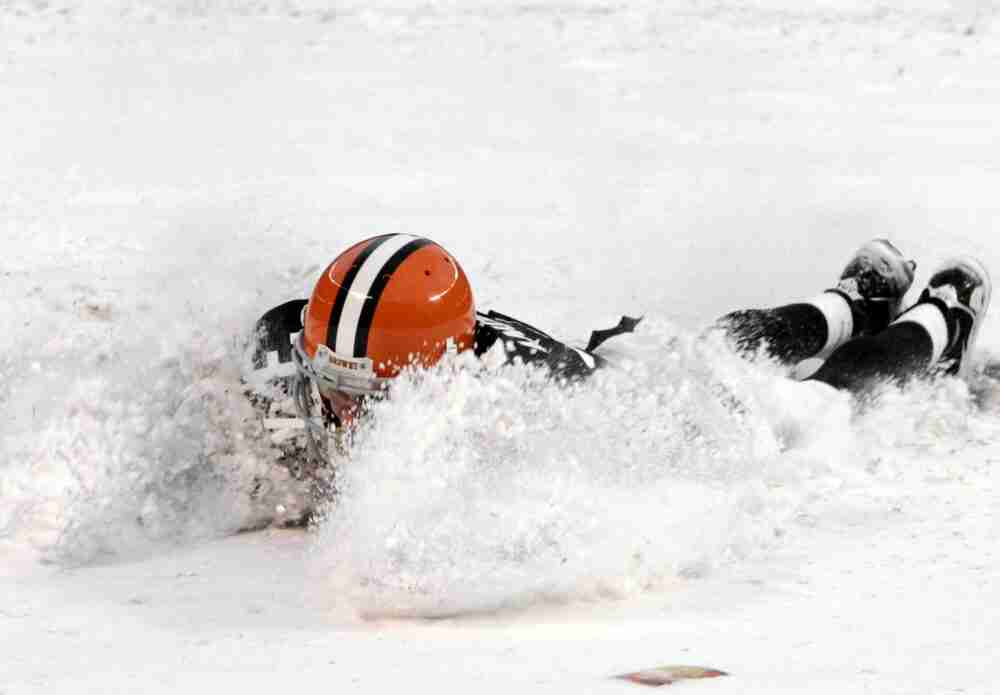 BEREA — The forecast for Buffalo has the attention of the Browns.

Snowfall is expected to be heavy and travel dangerous over the next few days, according to weather.com, with accumulation in the range of 1-3 feet for Orchard Park, N.Y., the site of Highmark Stadium. The Browns (3-6) are scheduled to play the Bills (6-3) there Sunday at 1 p.m.

“I am sure some people are having some conversations about that,” Browns coach Kevin Stefanski said Wednesday of contingency plans. “I am not in that circle right now. They will fill me in on a need to know.

“We just have to focus on our preparation. If something changes, we will tell the players and we will tell you guys.”


Deshaun Watson returns to practice, Jacoby Brissett says it’s not his job to ‘balance’ reps and Nick Chubb says transition ‘won’t be awkward at all’

The NFL is monitoring the situation, but the game can’t be postponed because the Bills are set to play on Thanksgiving in Detroit. If the Buffalo area is shut down by the snow, the game could potentially be moved to a neutral site such as Detroit.

Stefanski was part of the coaching staff with the Vikings in 2010 when their dome collapsed and they had to play the Giants in Detroit.

“Whatever comes our way, we will be ready,” he said. “I also know this, what is most important is practice in seven minutes.”

Jacob Phillips on mend from ‘crushing’ torn pectoral injury, hopes to leave injuries in past

Running back Nick Chubb, a Georgia native, in his fifth year with the Browns but has never played in a snow game. Terrible conditions would seem to favor the running game and give him extra opportunities.

“There’s a little bit of excitement in there,” said Chubb, who’s third in the NFL with 904 rushing yards. “It always looks like fun.”

Quarterback Jacoby Brissett is from South Florida but has experience playing in the snow globe of the Buffalo area. With the Colts in 2017, he completed 11 for 22 passes for 69 yards and a touchdown in a 13-7 loss to the Bills in December.

“I don’t want to talk about the results of the game,” he said. “They have to deal with it, too, and it sounds like we’re going to get some snow here and the same type of environment we’ll play in, so we’ll get outside and get to practicing in that.”

Analysis: Plenty of troubling signs in another troubling loss

Linebacker Deion Jones is from New Orleans, played at Louisiana State and spent his career with the Atlanta Falcons before being traded to the Browns last month. He said he’s always wanted to play in a snow game.

Stefanski said he won’t have a separate game plan for a blizzard but will be ready.

“When the weather is going to be a factor as it might be, you are always thinking about having plays that you might turn to should it be a major factor,” he said. “Jacoby played in a whiteout in this stadium in 2017, so he is used to it. (Offensive coordinator) Alex Van Pelt is on staff. He played there for many years. The guys are prepared for if that is what it ends up being but can’t spend too much time worrying about that. Just on the front end, put together a plan and ready to pivot on the moment if need be.”

Linebacker Jeremiah Owusu-Koramoah (knee) was a full participant in practice and appears on track to play the Bills after missing two games.

Tight end David Njoku (ankle) didn’t practice, but Stefanski was “hopeful” he and Owusu-Koramoah will face the Bills. Njoku has missed two games with a high ankle sprain.

** Right guard Wyatt Teller (calf) and center Ethan Pocic (ankle) were limited. Teller missed two games before returning last week vs. the Dolphins but exited in the first quarter. Pocic played every snap in the loss to Miami.

** Defensive ends Myles Garrett and Jadeveon Clowney, receiver Amari Cooper and left guard Joel Bitonio got a rest day and worked on the side.

Bills quarterback Josh Allen (right elbow) was limited in practice. He was injured Nov. 6 in a loss to the Jets but played last week in an overtime loss to the Vikings.

“He is a great, great player. He is a huge percentage of their offense, whether it is the pass game, the designed quarterback runs or the off-schedule plays, which he is unbelievable at,” Stefanski said. “He is a huge threat to keep the play alive and survey the field for what feels like forever and then find Stefon Diggs. You have to be ready for that. Until he is down on the ground, until it is an incomplete pass or until you heard that whistle, the play is never over with him.”

The NFL Players Association has waged a social media campaign to pressure the NFL and its teams into getting rid of slit-film artificial turf fields due to a higher injury rate. Ward would like to see the change and notices the difference when he plays on turf.

“Just what it does to your knees and your legs and how you feel coming off the field and I think it’s best to have a grass field and play on a grass field,” he said. “Looking forward to maybe getting that changed in the future.”