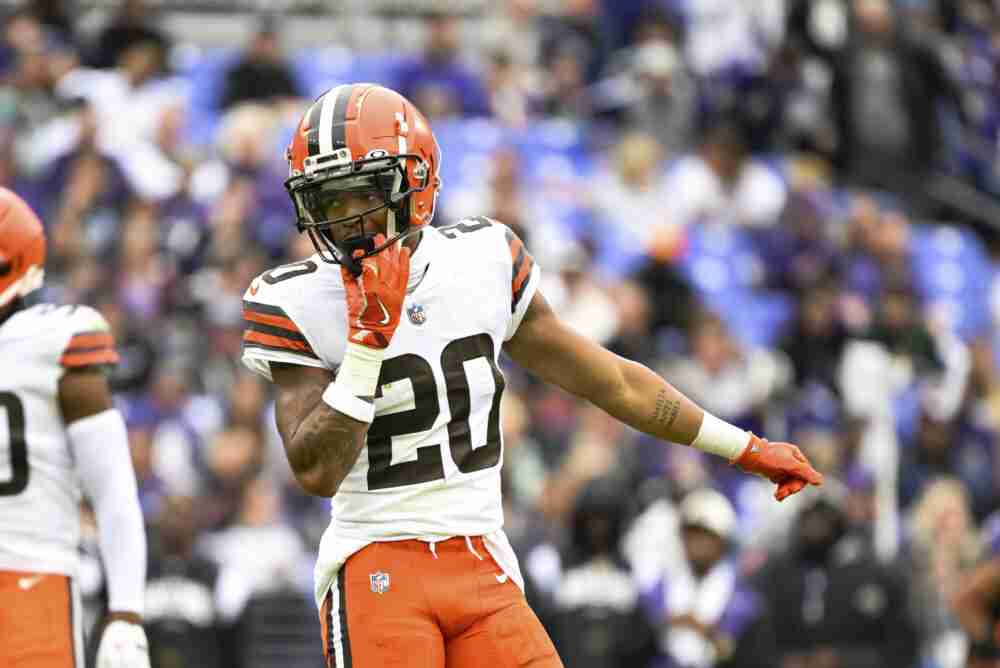 BEREA — For the second straight year, cornerback Greg Newsome II sustained a concussion in a Friday practice and will miss time.

Newsome collided with a teammate Friday, was diagnosed with a concussion and ruled out for the game Sunday against the Bills in Detroit.

“I am going to protect the names of the innocent,” coach Kevin Stefanski said when asked with whom Newsome collided. “It happens. You are going full speed.”


Last year in December, Newsome fell as he tried to make a play during the last snap of practice, his head hit the ground and he missed three games.

The Browns, 3-6 and in desperate need of a win, will face a dynamic Bills passing offense without their No. 2 cornerback. Newsome, a first-round pick in 2021, has started all nine games this year and been solid in coverage. He has 24 tackles, a pass defensed and a half-sack.

“Next man up,” safety Grant Delpit said. “Shouldn’t be too crazy, we’ve got guys ready.”

With Newsome out, it’s next men up. He’s the starter on the outside and slides into the slot when the offense goes with three receivers.

Rookie Martin Emerson Jr., a third-round pick, will step into Newsome’s starting role on the outside. A.J. Green is expected to serve as the nickel corner. Greedy Williams is also available to play on the outside.

“I feel like it will affect us, we’ve been practicing all week with a certain game plan with him in the game plan,” Emerson said before Newsome had been ruled out. “Great young player for us and he’s always around the ball, he’s always doing his job.”

Emerson has played extensively this year. He started the three games No. 1 corner Denzel Ward missed with a concussion and has been the outside corner in nickel situations.

His favorite target is receiver Stefon Diggs, who has 72 catches for 985 yards and seven touchdowns. Gabe Davis starts at the other wideout spot and has 24 catches for 544 yards, a 22.7 average and five touchdowns.

“The DBs are competing like crazy,” Stefanski said. “It is a really good group. They are very competitive at practice and work extremely hard. That whole group understands the challenge that this week in particular presents.”

“We have guys who are champing at the bit and ready to step up and fill the role,” defensive end Myles Garrett said.

Losing a player at the end of the practice week isn’t ideal.

Browns vs. Bills moved from Buffalo to Detroit
No snow game is no problem for Myles Garrett, who doesn’t want to be ‘slipping and sliding around’