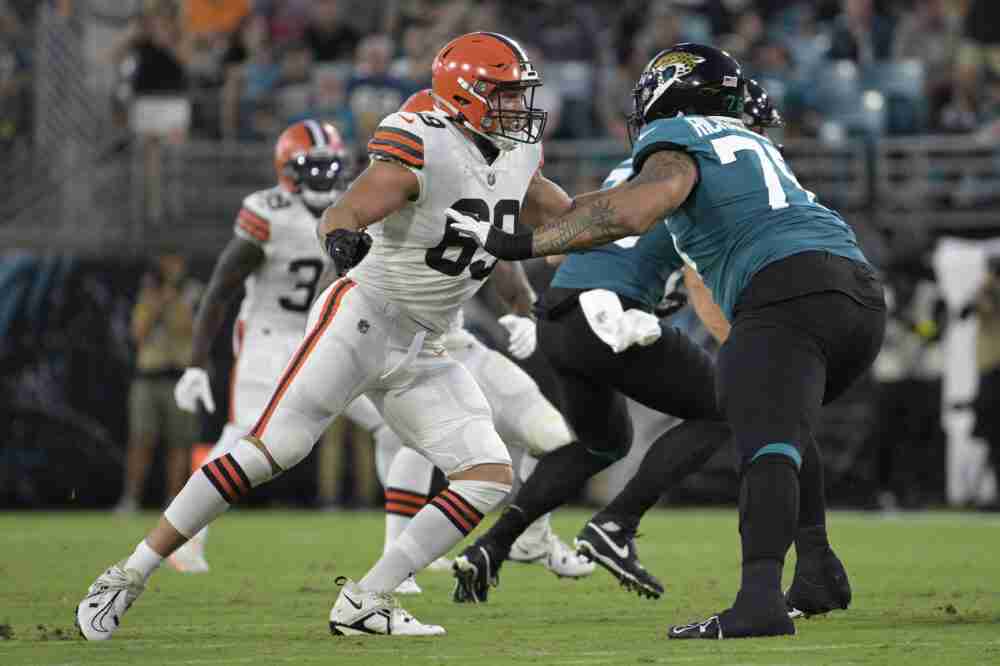 The Browns traded for defensive end Chase Winovich in March to bolster the pass rush. He may finally get that chance.

Winovich was activated from injured reserve Saturday and is expected to play Sunday against the Buffalo Bills in Detroit. He missed most of training camp with a hamstring injury, didn’t play on defense in the opener, then had two quarterback hits and a tackle in a Week 2 loss to the Jets in which he reinjured the hamstring.

He hasn’t played since but returned to practice Nov. 7 and is expected to join the rotation at end.


The Browns placed backup guard Michael Dunn (back) on injured reserve and he’ll have to miss at least four games. He didn’t play last week against the Dolphins or practice this week. He had been used often as an extra lineman.

The Browns elevated linebacker Jermaine Carter Jr. and safety Mike Brown from the practice squad for Sunday’s game. Brown is a rookie out of Miami (Ohio) and will likely make his NFL debut on special teams.

No snow game is no problem for Myles Garrett, who doesn’t want to be ‘slipping and sliding around’
David Njoku active after missing two games with high ankle sprain