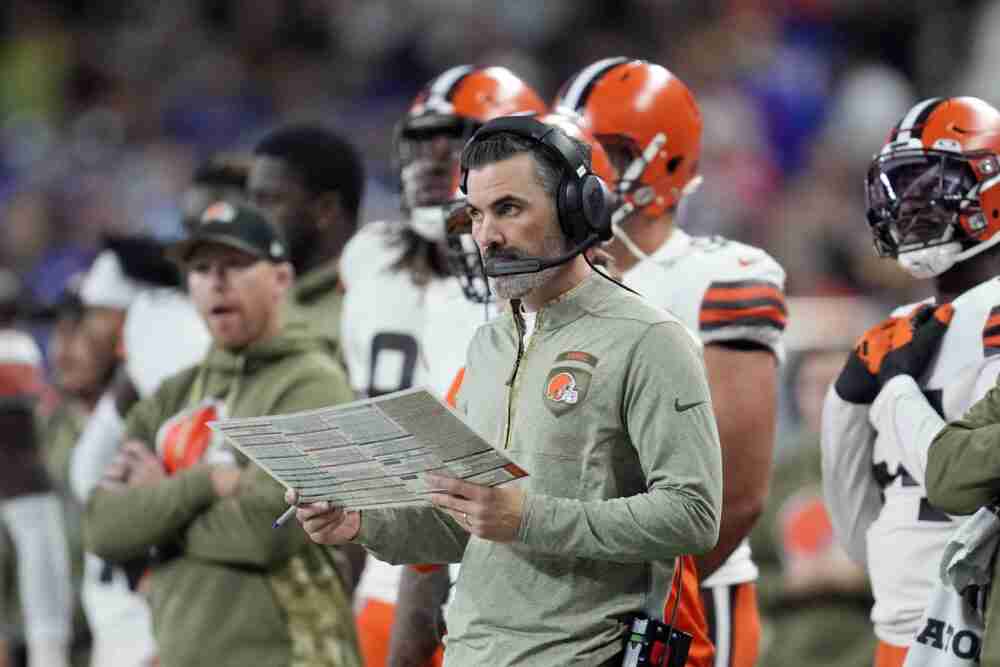 As the drumbeat to fire defensive coordinator Joe Woods with seven games left grows louder in the media and on social media, Stefanski was asked about it twice Monday and avoided the topic.


Later Stefanski was asked what’s keeping him from making an in-season change with Woods or special teams coordinator Mike Priefer.

“My focus really is on this week and what we can do this week to find a win,” Stefanski said. “I understand frustration. I get it. I own it. I own all of it. We have to share it as players, coaches and staff.”

The Browns lost 31-23 to the Buffalo Bills on Sunday in Detroit to fall to 3-7. They’ve lost six of seven.

Woods has been the most popular target of fans, as the defense ranks 31st in points allowed (26.9), better than only the Lions (28.2). Woods was one of Stefanski’s first hires in 2020 and there’s continuity within the defensive coaching staff and many of the players, yet the unit has regressed this year.

After a strong start Sunday, the defense allowed the Bills to score on seven straight possessions and rush for 171 yards. They’ve allowed at least 160 rushing yards in five of the last seven games.

“Definitely want to do that,” he said. “I don’t feel like he’s on the hot seat. I don’t think all the pressure or all the blame should be on Joe. He’s a great coordinator and has a great defense and we’ve just got to do our part and go out there and execute it to the best of our abilities.

“We’ve got to take credit or own up to our own mistakes and everything, but we’re all in this together, it’s not just one person or one coach and we’ve got to find a way to go out and get a win.”