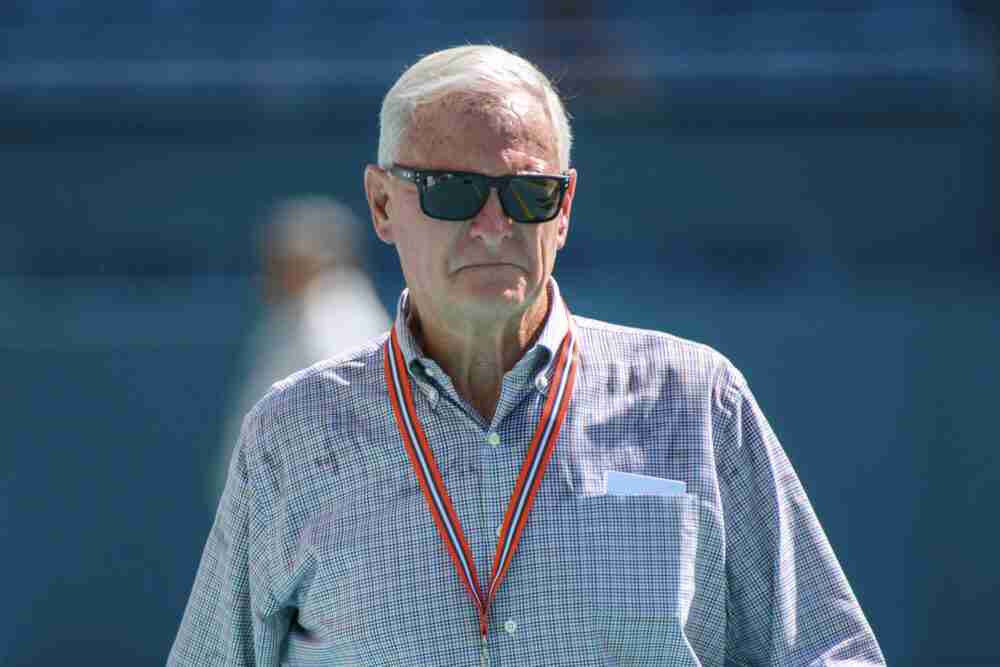 In a season in which the Browns can’t catch a break, they also can’t catch a vandal. Some joy-riding wisenheimer turfed the playing surface at FirstEnergy Stadium with a vehicle that left tire tracks on a portion of the field.

It’s the worst besmirching of the team’s home turf since the Browns’ defense in the last two minutes of the Jets game.

Anybody know a good landscaper?

How about a good owner?


You can complain all you want, and with good reason, about the Browns’ rancid defense this year. You can moan about the play card peek-a-boo playing head coach’s choice of plays — seriously, the offense is the least of this inept team’s problems — and you can rightfully fret about the lack of anything remotely special about its sorry, slipshod special teams.

But if you’re looking for the chief culprit of this mess, it’s ownership.

It’s ownership for a lot of reasons, starting with the one central truth that always applies when one goes looking for answers for why Cleveland’s maniacally supported football team is seemingly forever doomed.

That central truth is this: It’s always ownership.

Dee and Jimmy Haslam have, regrettably, broken no new ground here. The losing lineage from Art Modell to Al Lerner to Randy Lerner to the Haslams is seamless.

Modell, who seems like the worst of the bunch since he hijacked the team to Baltimore, might actually, in hindsight, be the best of a sorry lot, which speaks volumes. In his 35 years as owner, Modell’s Browns — teams which included some of the greatest stars in the history of the franchise — barely had a winning record: 252-233 (.519).

After Modell fled Cleveland following the 1995 season, Al Lerner became the owner of the Browns when the team returned to the league in 1999. After Lerner’s death in 2002 his son Randy became owner. The Browns’ record under the two Lerners was 69-145 (.322).

One measure of an owner is the quality of the coaches he hires. In Modell’s 35 years owning the team, he had eight coaches, one of whom he inherited: Hall of Famer Paul Brown. Modell fired him.

However, Modell also hired some very good coaches on his own, such as Blanton Collier, the last Browns coach to lead the team to an NFL championship, Sam Rutigliano, Marty Schottenheimer and a young pup named Bill Belichick. Modell fired him, too.

The Lerners owned the Browns for 14 years and had five coaches. The Haslams, in their 11th year of owning the team, have hired five coaches, four of whom (Rob Chudzinski, Mike Pettine, Hue Jackson and Freddy Kitchens) have never been a head coach in the NFL since leaving Cleveland.

The majority of the Haslams’ coaching hires speaks for itself. The first coach they hired was Chudzinski in 2013. The Browns went 4-12 that year, after which Chudzinski was fired, and he’s never been a head coach in the NFL since then.

Then came the ill-fated Jackson, who, inexplicably, was not fired after going 1-15 OR 0-16 in consecutive years. But he was fired after a 2-5-1 start in 2018. He has never been a head coach in the NFL since.

After that, the Haslams spun the wheel of fortune again. This time they settled on the one, the only, Freddie Kitchens. Six wins, 10 losses, and one “Pittsburgh started it” T-shirt later, Kitchens was fired. He has not been a head coach in the NFL since.

At that point the Haslams had hired four head coaches, who only lasted six years total. None of them got another head coaching job after leaving Cleveland.

But just when the Haslams should have been placed on coaching hire probation, they stumbled upon Kevin Stefanski, who, in his first year on the job, a COVID year, no less, led the Browns to the playoffs, and was named NFL Coach of the Year.

But that’s looking like an “every squirrel finds an acorn” moment. Let’s remember that the Haslams, in the span of five years, wasted first-round picks on Baker Mayfield and Johnny Manziel.

All the above happened on the Haslams’ watch, and that was even before ownership rolled a grenade into the locker room with the controversial Deshaun Watson trade. Where that leads remains to be seen.

In the meantime, don’t look for the Haslams to cash in their chips anytime soon. NFL owners, even bad ones, are notorious for overstaying their welcome. Why? Because NFL franchises are money machines. Your team doesn’t even have to be good.

According to Forbes, in 2012, the Haslams bought the Browns for $990 million. Today the franchise is worth $2.2 billion.