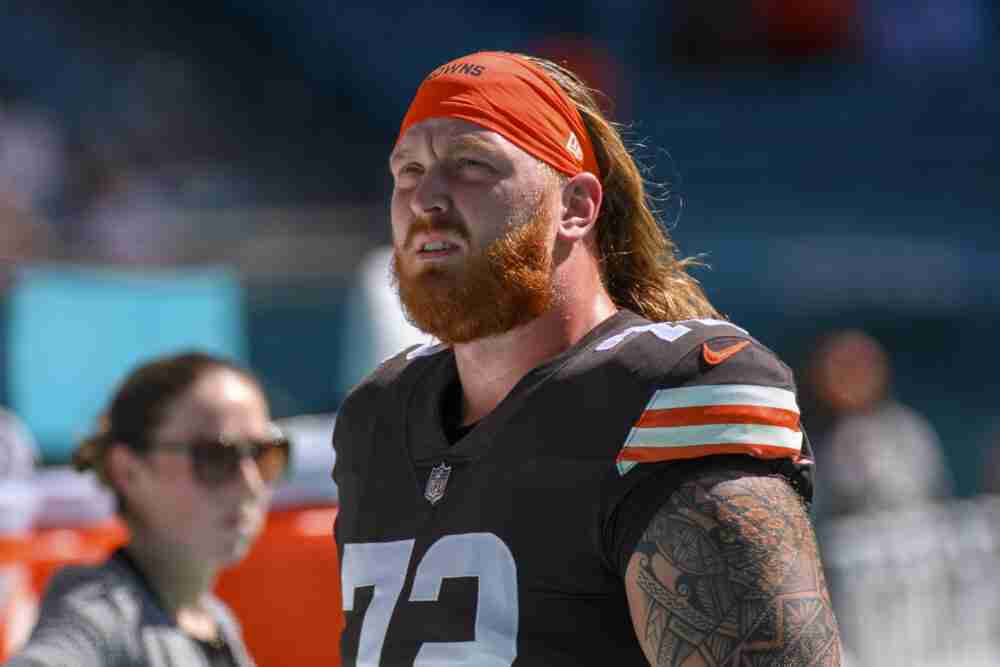 Offensive lineman Hjalte Froholdt missed his second straight practice Thursday due to an illness. He was slated to start at center for the first time Sunday vs. Tampa Bay in place of the injured Ethan Pocic (knee), but the plan could change.

The Browns signed veteran center Greg Mancz on Tuesday and he practiced Wednesday and Thursday. He’s started 32 of 64 games in his eight-year career.


Cornerback Greg Newsome II (concussion) remained out. He was hurt last Friday in practice and didn’t play vs. the Bills.

Rookie safety/special teamer D’Anthony Bell (concussion) returned to practice and was limited. He was hurt Nov. 13 vs. the Dolphins.

For the Buccaneers, defensive tackle Vita Vea (foot) and receiver Russell Gage (hamstring) didn’t practice for the second straight day. Running back Leonard Fournette (hip) was limited again, and quarterback Tom Brady got the day off.