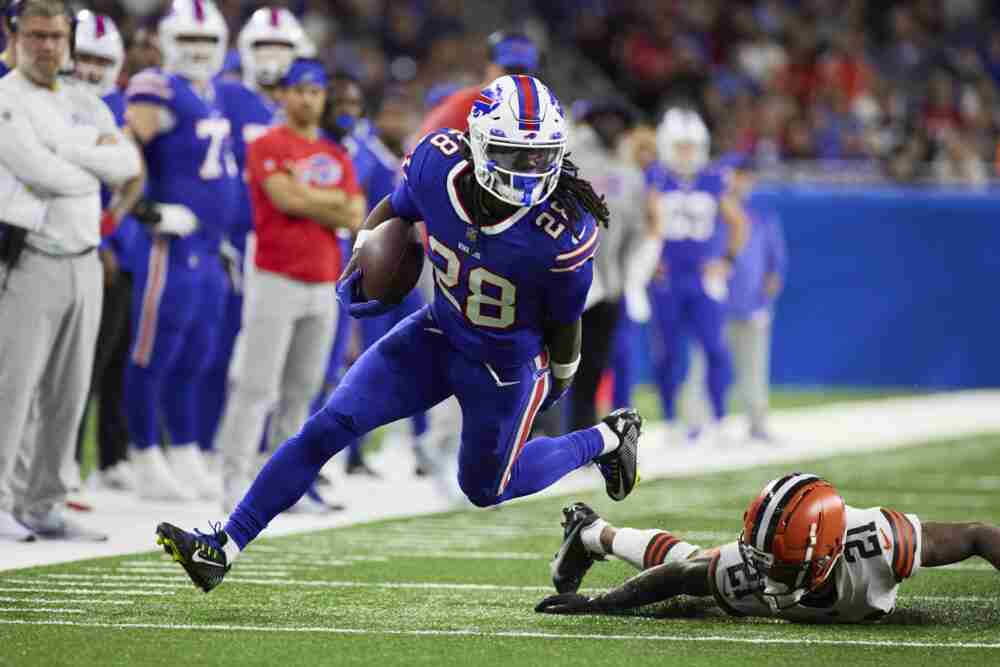 Forget tough and accountable, let’s focus on the premise the Browns are built to play smart football.

It’s not showing up on the field.

The Browns’ problems are plentiful, but a brighter, harsher spotlight should be shined on the dumb football that’s been on display in the 3-7 start. Sure, overmatched and undersized defensive tackles, questionable depth at defensive end and not enough playmaking from the safeties have hurt, but so has a lack of discipline in the run fits, confusion caused by motion from the offense and repeated mistakes.


Let’s start at the end.

During training camp, when things were mostly sunny in the Browns’ world, the coaching staff repeatedly bragged about young players not making the same mistake twice. The refrain has gone silent since the games started.

The 5-yard touchdown catch by Bills receiver Stefon Diggs on Sunday was a perfect example.

On second-and-goal, rookie cornerback Martin Emerson Jr. was delayed getting to the right spot, so Stefanski called timeout to regroup and get everybody on the same page. The Bills changed the play, and when receiver Isaiah McKenzie went in motion along the line and then backward, you could see the bafflement descend upon members of the defense. The result was as predictable as a snowstorm in Buffalo.

Diggs ran a crossing route, and not one defender went with him, leaving the league’s third-leading receiver wide open for the go-ahead touchdown.

“It’s concerning in the fact that you don’t want it to happen and you want to eliminate it as much as possible,” cornerback Denzel Ward said. “We’ve got to try to find a way to the best of our ability to execute what we’re supposed to do and get on the same page and not let guys just run free and just do our job.”

The examples had slowed since the first two games, including the epic collapse in the final two minutes of the loss to the Jets, but obviously haven’t been eradicated. Smart teams don’t bust coverages time and again.

Smart teams also don’t become flustered by pre-snap motion. Myles Garrett and others gave that as a partial reason for the awful defense in the 39-17 loss to the Dolphins coming out of the bye.

A lot of criticism is being aimed at defensive coordinator Joe Woods, and he’s obviously deserving of some. But Woods had to reduce his “menu” of calls because the players couldn’t master them all. That’s an indictment on the intelligence of the players.

So is the lack of gap integrity against the run. The issue is bigger than the defensive tackles and linebackers struggling to get off blocks. This is the 11 guys being unable to execute the scheme and play call down in and down out.

Call it discipline, call it football IQ, it’s a problem.

Those are frightening words to hear after a game in Week 11. While many believe it was a shot at Woods, I took it to mean Delpit’s teammates aren’t on top of their work. It follows safety John Johnson III saying earlier in the year the players needed to devote more time to preparation.

As with everything in this season of disappointment, everyone deserves a percentage of the blame. The front office misjudged the intellect of some of the players, the coaches haven’t gotten them to understand what they’re teaching and the players can’t apply the lessons.

“I don’t think it’s too hard or too much,” Owusu-Koramoah said. “It goes back to what we were saying in reference to learning your players, us learning him, ‘OK, what can we do?’”

The answer certainly isn’t pick up things in a hurry. The season is all but lost and the defense is still searching for solutions.

The special teams shouldn’t escape the scrutiny. Stupid penalties, bad decisions in the return game and the failure to recover an onside kick against the Jets have been costly.

The offense hasn’t had many issues from a smart football standpoint. Stefanski uses a lot of pre-snap motion, and the receivers, tight ends and running backs have been lined up on time and in the right spots — an improvement over previous Browns teams. Stefanski’s play calls, especially a few in the red zone, can be criticized, but the mistakes are from trying to outsmart the defense, not a lack of understanding.

You don’t have to be a genius to succeed in the NFL. It’s imperative you know where to line up and what to do when you get there.

The Browns defense has yet to master that.

Commentary: This Browns ownership could be the worst in franchise history
Browns-Buccaneers Preview: 3 things to watch, 3 key numbers, the prediction