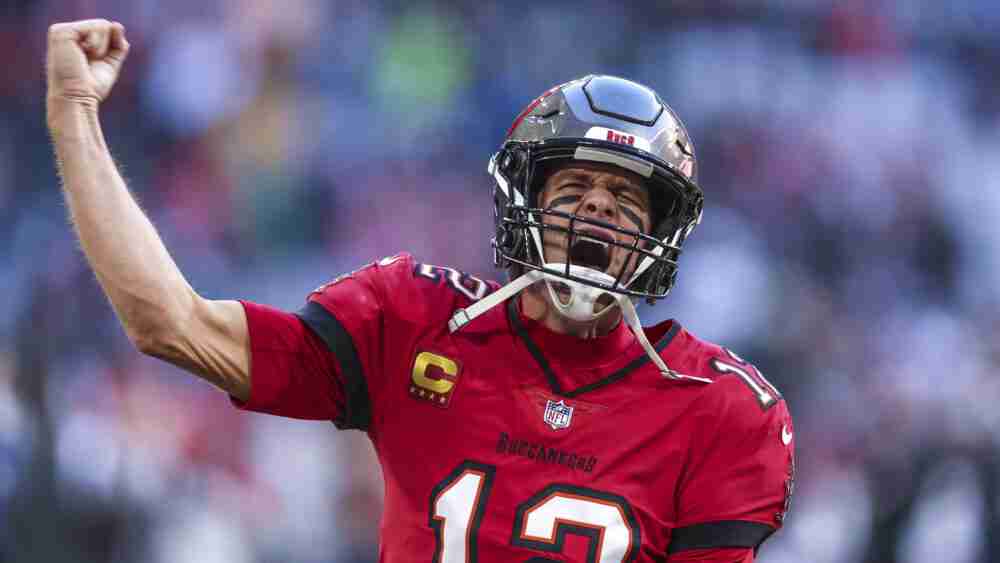 If linebacker Sione Takitaki were fortunate enough to intercept Tom Brady, he would take the ball straight home and display it proudly.

Cornerback A.J. Green would be secretive with the souvenir.

“That’d be crazy,” he told The Chronicle-Telegram on Friday. “I’ll have to find out where I’ll put that ball where nobody knows.”

Myles Garrett doubles down on need for takeaways, knows they won’t be easy to come by against Tom Brady


Brady’s return to Cleveland on Sunday with Tampa Bay is noteworthy for numerous reasons.

First, it almost didn’t happen. He retired during the offseason, only to change his mind and come back for a 23rd NFL season.

And at 45 years old, any season could be his last. So the matchup vs. the reeling Browns (3-7) could be the final game in Cleveland for the player widely considered the greatest of all time.

“You’ve been watching him compete for so long, so to finally go out there and be able to compete with him, have an opportunity to get some balls against him, it’s what coming to the NFL is about,” said Green, who will be the nickelback with Greg Newsome II out for the second straight week with a concussion. “Meeting your idols and playing against them, making them your rivals, things like that.”

Brady is 7-1 vs. the Browns, all during his 20 years with the Patriots. The loss came in 2010 when coach Eric Mangini got the best of his former boss, Bill Belichick, 34-14. The defense kept Brady off-guard, holding him to 19-for-36 passing for 224 yards, two touchdowns and a sack. Cleveland’s offense was led by Peyton Hillis, who rushed 29 times for 184 yards and two touchdowns.

Otherwise, Brady’s displayed his usual brilliance against the brown and orange. He’s completed 60.4 percent for 2,206 yards, 13 touchdowns, four interceptions and a 94.3 passer rating.

This meeting comes at a dangerous time for the Browns. They’ve lost two straight coming off the bye, six of seven overall and might need to win their final seven games to have a chance at the postseason. Quarterback Jacoby Brissett will make his final start before Deshaun Watson returns next week after an 11-game suspension following more than two dozen sexual misconduct accusations.

Brissett has a history with Brady. The Patriots drafted Brissett in the third round in 2016, and he was a backup for one year before being traded to the Colts.

“I shouldn’t be surprised that he’s still playing right now, just the best to ever do it, playing-wise, teammate-wise, just his love and passion for the game, his understanding of football and his competitive nature,” Brissett said. “There’s just so many things I could say about him.”

He described himself as “annoying as hell” in his season with Brady as he tried to learn all he could on the way to a Super Bowl victory.

“Wherever he went I tried to follow, the places that I could go, and just trying to get as much information,” Brissett said. “And even during games just talking to him about stuff that he saw. I was one of those guys that kind of tried to be a sponge.”

Brissett and Brady remain friends, and Brady left a lasting impression of what it takes to be a great teammate.

“Because everybody looks at him as Tom Brady and he doesn’t think he is Tom Brady,” Brissett said. “I know from the first day I met him, he’s been the same guy and, honestly, he held me to a higher standard than I probably held myself in the beginning of my career. There are so many things I could say about him.”

Brady, a sixth-round pick in 2000, has been in the NFL longer than seven Browns players have been alive. If anyone needs a reminder, he’s tops in NFL history with seven Super Bowl wins, 18 division titles, 15 Pro Bowls, 87,325 passing yards and 636 touchdowns.

His .761 winning percentage is the best in the Super Bowl era for a quarterback with a minimum of 75 starts. His 283 total wins are the most in history, as are the 65 since turning 40 — Drew Brees is second with 17.

Just sharing a field with Brady provides a memory for a lifetime.

“It’s Tom Brady, it’s no secret, the elephant in the room, everybody sees him, everybody knows who he is, knows his accomplishments, knows what he’s done in the game, so it’s always an honor to go against a great player like him and we’re looking forward to doing all we can to slow him down,” linebacker Jeremiah Owusu-Koramoah said. “When you think about a player such as Tom Brady or Michael Jordan or Kobe (Bryant), in retrospect you think about their whole career and what they have done for the game, their area of study and their area of art, and that’s what I think about when I think of Tom Brady.”

The Browns, who are 2-3 at home, are desperate for a win. The Buccaneers (5-5) won’t make it easy. They’ve won two straight to take over first place in the NFC South, and Brady continues to play at a level that belies his age.

He’s completed 66 percent for 2,805 yards, 12 touchdowns, two interceptions, 14 sacks and a 91.9 rating. He leads the league with 282 completions and 427 attempts, has the lowest sack percentage (3.2), the best interception rate (0.5 percent) and is tied for the league lead with a 6:1 touchdown-to-interception ratio.

A year ago, he completed 485 passes — the most in NFL history — and was first in the league with 43 touchdowns and 5,316 yards. All-Pro defensive end Myles Garrett is 26 years old and doesn’t remember an NFL without Brady.

“What the man’s doing right now at his age is still incredible and I don’t want that to be taken for granted,” Garrett said. “I don’t care if I have to say it, but what he’s doing is still mind-blowing each game. Being able to have his body prepared to go through that beating … it’s impressive to see and watch and appreciate.”

Owusu-Koramoah turned 23 this month and is in his second season. He didn’t know Brady’s age and whistled when told 45.

“He’s like one of the ancients,” Owusu-Koramoah said. “With wisdom, he can really do anything at any age apparently, as he’s shown. He’s still thriving in the game, he’s still doing what he does with his mind and with his skill and what he’s seen.”

Brady doesn’t throw interceptions or take sacks and completes a ton of passes, even if the Bucs offense isn’t explosive (27th in the league with 18.3 points a game).

“He throws it at a high level. He is on time and accurate,” said coach Kevin Stefanski, who’s five years younger than Brady. “We really have to defend this offense and defend that pass attack, and the pass attack that comes off of their play-action, which is really good.”

At the controls is Brady. And any game against him will be forever special.

“It’s that leadership, that will to win and that never-say-die attitude and that hardworking nature that he has,” Garrett said. “Those intangibles. He’s never been the guy with the strongest arm in the room. He’s not very mobile as we have come to find out. But the guy will fight through whatever he has to, whatever injury, whatever situation, whatever adversity to get a win.”

Myles Garrett doubles down on need for takeaways, knows they won’t be easy to come by against Tom Brady
Amari Cooper perseveres after critical drop, sets up winning TD in OT with 2 catches