Mailbag: After a lost season, could ownership make changes at the top? 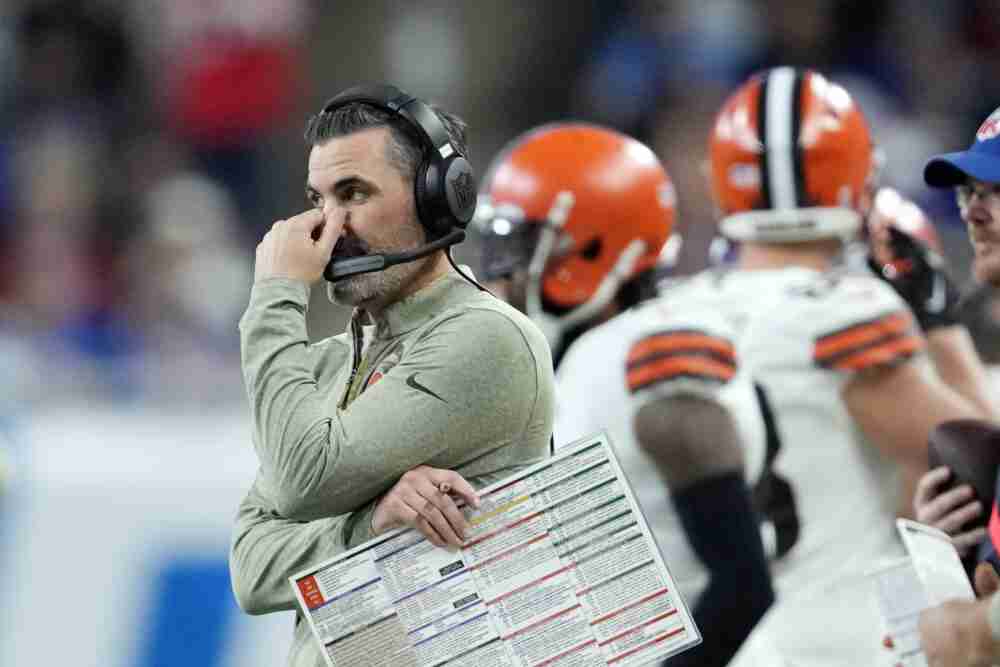 Q: If things continue on this path, was this deemed a lost season anyway, or do Jimmy & Dee Haslam move on from Kevin Stefanski, Andrew Berry and/or Paul DePodesta?

A: This is the most important question hanging over this team heading into the final seven games.


I definitely don’t think ownership wrote off the season before it started. The belief was the talent was enough to overcome the absence of Deshaun Watson — at least at a higher level than 3-7. Having said that, not having an elite quarterback for 11 games can’t be dismissed, and I think the Haslams will take that into consideration when evaluating the job status of the Big Three you mentioned.

I also believe the final seven games — especially the last six with Watson — could play a large role in the decisions. If the Browns finish strong and the offense hums with Watson, the status quo should hold. If the losing continues and Watson struggles … you never know what the Haslams will do. And I’m not sure if any changes would come at coach, in the front office or both.

Q: Scott, do you ever see Coach Stefanski on the sidelines coaching up his players?

But I get the question. The TV cameras tend to show Stefanski standing stoically on the sideline or with his face in the play sheet. I’m not saying Stefanski spends a lot of his time with individual players during games, but I’ve certainly seen him have discussions. Whether it’s going over plays with the quarterback or scolding a player after a dumb penalty, I have witnessed those exchanges.

While we’re talking about Stefanski, I also want to say he does show emotion occasionally. Obviously not as much as many people want, but I’ve seen his frustration with results, players and officiating. In fact, late last week he spent most of a timeout arguing with officials after Amari Cooper was called out of bounds on a 2-point conversion attempt.

Q: Like many fellow Browns fans, I enjoy focusing on specific offensive linemen, especially when in the stands. The story of the game is often told in the trenches. Even more so, I watched Joe Thomas during his career because during that era it was refreshing to see an individual Brown who won matchups, and remarkably, Joe Thomas won his battle an insanely high percentage of the time. It was an honor to watch the man. The only comp in terms of dominance that I think is valid in sports from a Cleveland point of view is LeBron James. You know the beat writers around the nation, do you think they understand just how great Thomas was and will he be a first ballot HOFer as he deserves?

A: Thomas made the list of semifinalists the Pro Football Hall of Fame announced this week for the Class of 2023, and I think that’s only the first step. I fully expect Thomas to be elected in his first year of eligibility. He doesn’t have the same profile as quarterbacks and skill players, but his resume is impossible to ignore. In 10 “healthy” seasons, he was a 10-time Pro Bowler and six-time All-Pro. He also has the consecutive snap streak of 10,363 that will resonate with voters.

I hesitate to guarantee anything, but I’m working under the assumption I’ll be in Canton in August for his induction.

A: He’s a great play. The Browns run defense has allowed at least 160 yards in five of the last seven games, and White will be the featured back with Leonard Fournette inactive with a hip injury. If the weather gets sloppier, it should only mean more carries for White.

A: I’m not a fantasy expert, but I’d stick with Godwin. The Browns are without starting cornerback/nickelback Greg Newsome II (concussion), which should help Godwin, who spends time in the slot. The wind isn’t bad right now — about 75 minutes before kickoff — so I’d expect Tom Brady to be able to throw it.