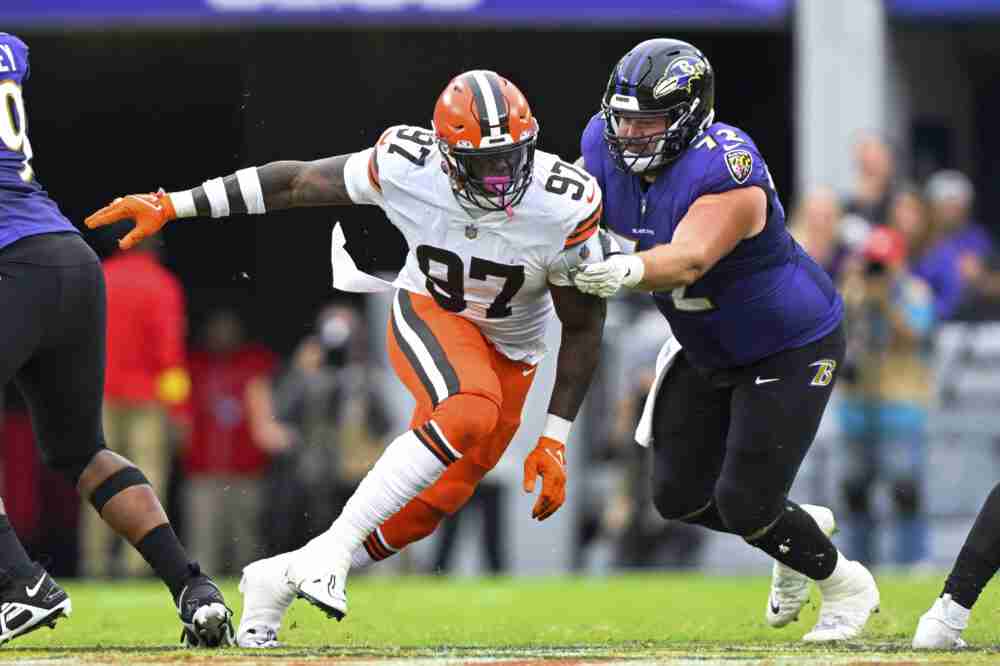 CLEVELAND — The Browns (3-7) made a couple of changes with the inactives along the defensive line.

Kickoff is 1 p.m. at FirstEnergy Stadium.


Winfrey, a fourth-round pick out of Oklahoma, had been inactive the previous three games. He was a healthy scratch Oct. 31 vs. the Bengals, inactive vs. the Dolphins after missing practice time with an illness and inactive last week in the concussion protocol.

He told Mary Kay Cabot of Cleveland.com he hit his head in a scooter accident. He returned to practice during the week.

In six games, Winfrey has five tackles, one quarterback hit, one tackle for loss and two passes defensed. He was inactive Week 2 for a disciplinary reason.

Togiai, a fourth-round pick out of Ohio State in 2021, had played in all 10 games, including two starts. He has 10 tackles, a half-sack, two quarterback hits and a pass defensed.

Thomas, a seventh-round pick, was a healthy scratch last week in Winovich’s return from injured reserve. In seven games, Thomas has eight tackles, one for loss, a sack, two quarterback hits, a fumble recovery and two passes defensed.

Myles Garrett doubles down on need for takeaways, knows they won’t be easy to come by against Tom Brady

Winovich has one tackle and two quarterback hits in three games.

Newsome will miss his second straight game and be replaced in the starting lineup by rookie Martin Emerson Jr.

For the Buccaneers (5-5), Pro Bowl nose tackle Vita Vea (foot) is active. He didn’t practice Wednesday and Thursday, returned Friday and was listed as questionable.

The Browns elevated linebacker Jermaine Carter Jr. from the practice squad on Saturday and he’s active.

The vandalism of the FirstEnergy Stadium turf from early last week was obvious. Two large double rings marked the west end of the field but were considered superficial.

Someone turfed the field Tuesday morning, and the Browns reported the incident to the Cleveland Police Department.

On a lighter note, Brownie the Elf’s costume was changed to camouflage for the midfield logo in honor of the NFL’s Salute to Service initiative.