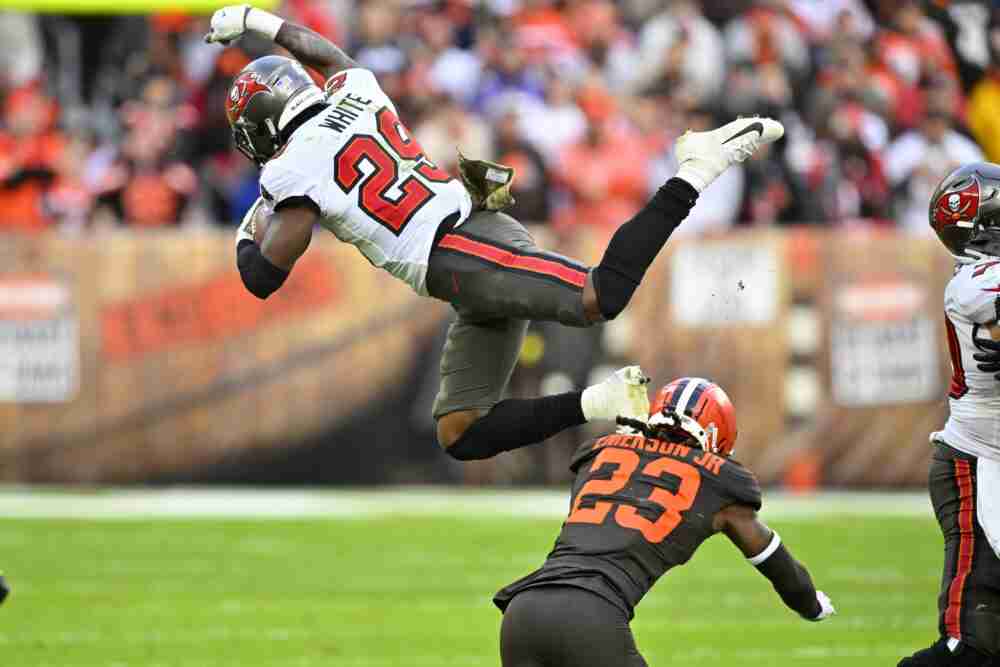 The Browns had traded their selections in the first two rounds of the draft, so No. 68 in the third round was their initial selection in April. With needs at other spots along the roster, general manager Andrew Berry added to a position of strength.

Emerson, from Mississippi State, joined a cornerback group with first-round picks Denzel Ward and Greg Newsome II and second-rounder Greedy Williams. The trade of nickelback Troy Hill the next day cleared a spot, but Emerson still seemed like a luxury pick with an eye toward the future at a position the Browns value highly.


Instead, he contributed immediately and has been one of the most pleasant surprises in a disappointing 4-7 season. His immense potential was on display Sunday in the 23-17 overtime win over the Buccaneers that kept hope alive.

Matched up much of the day with four-time Pro Bowl receiver Mike Evans, Emerson more than held his own. He held Evans without a catch, as he was quick to point out to someone on Twitter — “0 catches 0 yards.”

“He made a mistake, so I had to correct him,” Emerson said Monday of the tweet.

Evans finished with two catches for 31 yards from quarterback Tom Brady. One came against Ward, who went deep with receiver Julio Jones, and the other was a bubble screen when Emerson was on the other side of the field.

Emerson said he was in coverage for the other seven targets to Evans. Besides a pass interference penalty along the sideline, Emerson pitched a shutout. He had four passes defensed, giving him 11 on the season, second among rookies to No. 4 pick Sauce Gardner of the Jets.

“Played the single best game I have watched any CB play through 12 weeks in this season,” NFL Network analyst Brian Baldinger tweeted. “And against the GOAT and his elite WR.”

.@Browns @MartyMargg1 played the single best game I have watched any CB play through 12 weeks in this season. And against the GOAT and his elite WR. @HailStateFB #BaldysBreakdowns pic.twitter.com/tXfuK9OQkW

Evans has 51 catches for 702 yards and three touchdowns this year, and eclipsed 10,000 yards for his career Sunday. He’s the only receiver in NFL history with 1,000 receiving yards in each of his first eight seasons.

“One of the reasons we really liked him in the draft is a guy with that size who can run,” coach Kevin Stefanski said. “That is rare. Good height, good length, can win at the line of scrimmage and then can stay with the receivers down the field. He is a young player and getting better, but like that he is getting some really good reps and getting better each week.”

The other part of the equation is confidence, which is critical for a corner. Everyone gives up catches, so it’s imperative to quickly turn the page and maintain self-belief.

Stefanski can’t talk about Emerson without mentioning the mental toughness that’s allowed him to prosper as a rookie who didn’t turn 22 until after his third game.

“Rookie corners, they know the offensive coordinator over there gets off of the bus thinking about going after a rookie corner,” Stefanski said. “He is not afraid of it. It is fun to watch.

“He makes plays on the football. They are going to go after you and you are going to get beat every once in awhile, but he keeps coming back and is resolute in that way. I just really, really love that kid’s mentality.”

A pair of plays against Evans told the story of Emerson’s performance. At the end of the first half, Brady tried to throw a back-shoulder pass down the right sideline and Emerson was right there. On the next play, Brady threw deep down the same sideline and Evans caught it, but Emerson pushed him out of bounds before he could get his second foot in.

“I had a lot of confidence coming in,” Emerson said. “The guys, they built my confidence, and the coaches believed in me, in lining me up against Mike Evans. That’s all the motivation I needed.
“He’s a great player, I’m always ready for the competition. It was fun.”

Emerson didn’t take long to work his way into the rotation during the offseason and began the season as the No. 3 corner with Williams sidelined by injury. As the No. 3, Emerson played outside in the nickel package while Newsome slid inside to the slot.

The responsibility grew when Emerson started Weeks 6-8 with Ward out with a concussion and again the last two games with Newsome out with a concussion. He wasn’t overwhelmed, stayed ahead of Williams on the depth chart and hasn’t blinked at repeatedly being targeted despite not being thrown at much in college because he was his team’s top corner.

Emerson credits his childhood in Pensacola, Florida, for the confidence.

“When I was growing up we had video games or whatnot but I always played outside, like every day,” he said. “I always had to be in before the streetlights, but soon as I got out of school, I was outside if I wasn’t in football season at practice. I was always outside just playing football.

“We played this game called throw ’em up, bust ’em up as kids, real physical game. So I feel like I got my competitive nature from that environment.”

Emerson doesn’t have an interception but has 50 tackles, one for loss, and a sack to go with the pass breakups, which include a fourth-and-1 stop against the Chargers’ Mike Williams that gave the Browns a chance for a winning field goal.

“Weekly I just feel myself getting better,” he said. “And just getting my technique down, muscle memory and it’s kind of feeling natural. It’s coming together.”

The pick of Emerson looks great, as does the future of Cleveland’s cornerback position.