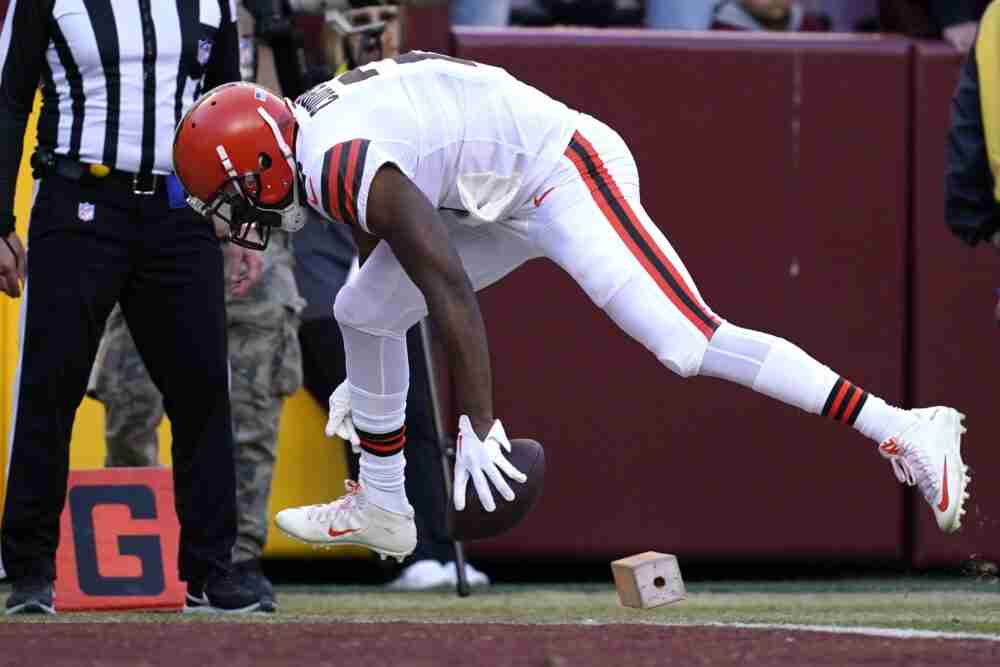 LANDOVER, Md. — Just because Amari Cooper is no longer in the NFC East does not mean he’s done tormenting the Washington Commanders.

Cooper had two touchdowns among his three catches and 105 yards receiving in the Cleveland Browns’ 24-10 victory Sunday in a spoiler role against a team fighting to make the playoffs. Deshaun Watson completed TD passes of 46 and 33 yards to Cooper, who showed his value to the Browns and perhaps a glimpse of what’s to come after not making the playoffs this season.


“Today was a good day, especially the start of 2023 and what the future is going to hold for the Cleveland Browns,” said Watson, who also threw a TD pass to Donovan Peoples-Jones and finished 9-for-18 for 169 yards passing. “It was good to be able to see that happen.”

Coach Kevin Stefanski said there’s great trust in Cooper that carries over from practices into the game. He chalked up Cooper’s big day more to chemistry with Watson than a game plan to get him the ball often.

“You see those two are very much on the same page,” Stefanski said. “The conversation wasn’t, ‘We have to get the ball to Amari.’ He’s a great player for us. When you call those plays, you are thinking about him. And he came through with three really big ones. I mean, two touchdowns and then the third-down play was huge, as well.”

Watson marveled at Cooper’s ability to be a difference-maker while playing through a core muscle injury, which the 28-year-old refuses to let sideline him.

“He’s super good,” Watson said. “He’s still trying to get healthy. The plays that he made today while not being healthy, the sky’s the limit for him. There’s really no limit for him. He can be as good as he wants to be, so I’m excited about that.”

The Browns improved to 7-9 but knew before facing the Commanders they’re out of the playoff race. Now they’re excited to potentially spoil any chance the Pittsburgh Steelers have of making it in Week 18.

“We’d love to do that,” defensive end Myles Garrett said. “We consider them our rivals, and especially if we can’t make it, we’re definitely going to make sure those guys can’t. We’ll do everything in our power.”

Jedrick Wills Jr. says he’s trending in right direction, motivated by play of rest of O-line, would be ‘great’ if team picks up fifth-year option
Closing season on high note won’t be easy against Steelers