Mailbag: After lost season, what needs to be done to fix problems? 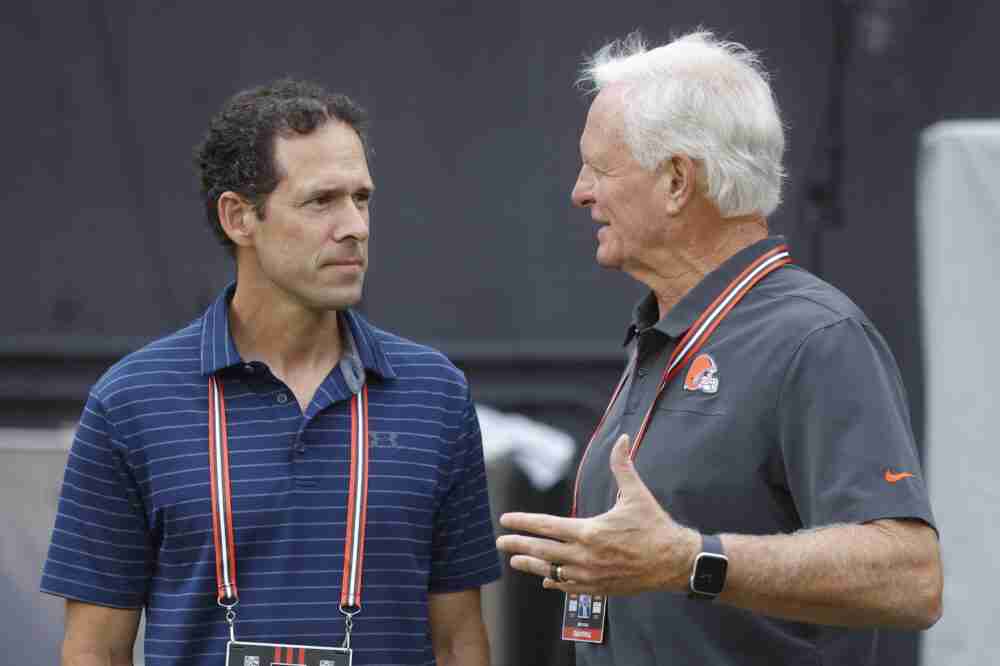 Q: Another season has gone down the tubes. So it is a reasonable moment in which to respectively ask: How would you fix this franchise? What needs to/must be done? Identify the steps and reasons for each.

A: I think you’ll disagree with my first point, but I don’t believe a complete overhaul is necessary. I’d give the triumvirate of chief strategy officer Paul DePodesta, general manager Andrew Berry and coach Kevin Stefanski another season. So much of their plan is reliant on quarterback Deshaun Watson playing at an elite level, and that was never attainable this year after he settled for an 11-game suspension.

That doesn’t mean there isn’t a lot of work to do.


Jim Ingraham: What in the world has happened to Browns coach Kevin Stefanski?

I’d replace defensive coordinator Joe Woods and special teams coordinator Mike Priefer. This doesn’t mean they can’t be successful, but after a second straight disappointing season, some significant changes need to be made, including on Stefanski’s staff. The defense and special teams let down the team this year, so the time is right to seek an upgrade through the coordinators.

The rest of my focus is on the roster.

Jedrick Wills Jr. says he’s trending in right direction, motivated by play of rest of O-line, would be ‘great’ if team picks up fifth-year option

If Watson and the offense are going to be as explosive as desired, he needs more weapons. My top priority would be finding a receiver with big-time speed to complement Amari Cooper and Donovan Peoples-Jones. Anthony Schwartz was drafted in the third round in 2021 to fill that role but hasn’t proved capable. I’d also try to find a better No. 2 tight end than Harrison Bryant, even though Stefanski will use fewer two-tight end sets next season with Watson starting from Week 1. And I’d re-sign center Ethan Pocic.

On defense, it starts up front. I don’t expect end Jadeveon Clowney to return and would prioritize finding a long-term bookend for Myles Garrett. And, of course, the tackles must be upgraded. At linebacker, I’d re-sign Sione Takitaki, consider re-signing Anthony Walker Jr. and bring in another body to play in the rotation. Perhaps the most difficult decisions will be at safety. The Browns have invested heavily in Grant Delpit and John Johnson III, but neither has lived up to expectations. I’d replace one of them, and that seems more likely to be Johnson.

Q:
If the new defensive coordinator hire was your choice, who would you want?

A: I’m a neutral observer, so I’m going to take your question as “who should the Browns hire if they move on from Woods?” I’ll give you a couple of names but I’m going to focus on the qualities I’d seek.

I’d start with someone with a lot of experience. Woods had been a coordinator for two years with the Broncos when Stefanski hired him in 2020, but I’d want a more impressive resume. I still believe the Browns are talented enough to be in playoff contention next season, so the defense needs to be put in position to take a big step forward in the coordinator’s first year. That’s much more likely with a proven coach. I’d also look for someone who runs a 4-3 scheme. Garrett is the best player on defense and would be miscast in a 3-4. The final piece is a coordinator who brings an attacking style. With the depth and talent at cornerback, the play caller should be aggressive and force the hand of the quarterback.

Former Vikings coach and Bengals coordinator Mike Zimmer, Colts coordinator Gus Bradley and Panthers interim coach Steve Wilks intrigue me — if they’re interested — as does Broncos coordinator Ejiro Evero, even though this is his first season as a coordinator.

Q: This week I watched Kurt Warner’s YouTube breakdown of Baker Mayfield dismantling Denver and one thing that jumped out is Sean McVay’s offense is built to give a QB quick, straightforward decisions. Later in the week I listened to your podcast and heard you speak of how Coach Woods stated how our defensive tackles are not the problem, the problem is getting 11 defenders making the same reads. This all begs the question: Are the Browns offensive and defensive schemes too complex?

A: I don’t think so on offense at all. Stefanski’s had at least some success with Mayfield and Jacoby Brissett and that should grow exponentially with Watson.

I have a different opinion of the defense. I don’t think it’s too complicated from an understanding standpoint, but an argument can be made that by going lighter at tackle and not having a two-gap scheme — where the tackles are responsible for eating up blockers and occupying space — that puts greater responsibility on the other nine guys against the run. Tackle Jordan Elliott said that to me last week, calling it a make or break scheme. I don’t put this solely on Woods, because the front office wanted quicker, lighter tackles. It certainly hasn’t worked this year.

Q: How about you get in Stefanski’s ear and tell him to hire Wade Phillips as his defensive coordinator. I think the two of them could do wonders for that team, especially if they upgrade a few positions on defense. However, if he doesn’t want to hire him, then go to Mr. Haslam and tell him to hire Sean Peyton, who is in talks with Vic Fangio about being his defensive coordinator. Those two could do wonders as well.

On a serious note … how do you think either of those would turn out for the Browns? Think they would do good?

A: It’s hard to argue with Payton’s success with the Saints but I don’t see him landing in Cleveland. He’ll be pursued by several teams and he’s under contract with the Saints, so a trade would be required to get him. The Browns don’t have much draft capital after the Watson trade.

Phillips is an interesting candidate, but I have serious reservations about switching to the 3-4. Maybe he’d adjust and use Garrett properly but that would have to be addressed before he could be hired.

Q: Now that you have seen several no-name quarterbacks lead their teams to unforeseen victories and meanwhile the Browns struggle to score on offense and the defense shows the need for significant upgrades, does that make you question the Watson trade that will hamper our future ability to become a championship team?

I agree that this season across the NFL has reinforced winning is about more than the quarterback. That was especially true for the Browns, who went 4-7 despite solid play from Brissett. But I still believe the best way to win consistently is with an elite. And although there’s no guarantee Watson will return to his 2020 form, he was the best option available. (My reservations about the trade and contract were entirely based on his off-the-field problems and the reasons for them.) Teams with highly paid quarterbacks have been able to win big, it just takes intelligence in managing the salary cap and maximizing resources through quality draft picks and free agent signings. The continued rise in the salary cap will also help the Browns.

A: Hopkins is special, but I always take the quarterback in this type of conversation.

Mailbag: Can Browns beat Bengals without pass rush from defensive tackles?
Mailbag: Have we seen enough of what plays work for Deshaun Watson?