Jim Ingraham: Fans can’t get enough of this Browns comedy … or is it a tragedy? 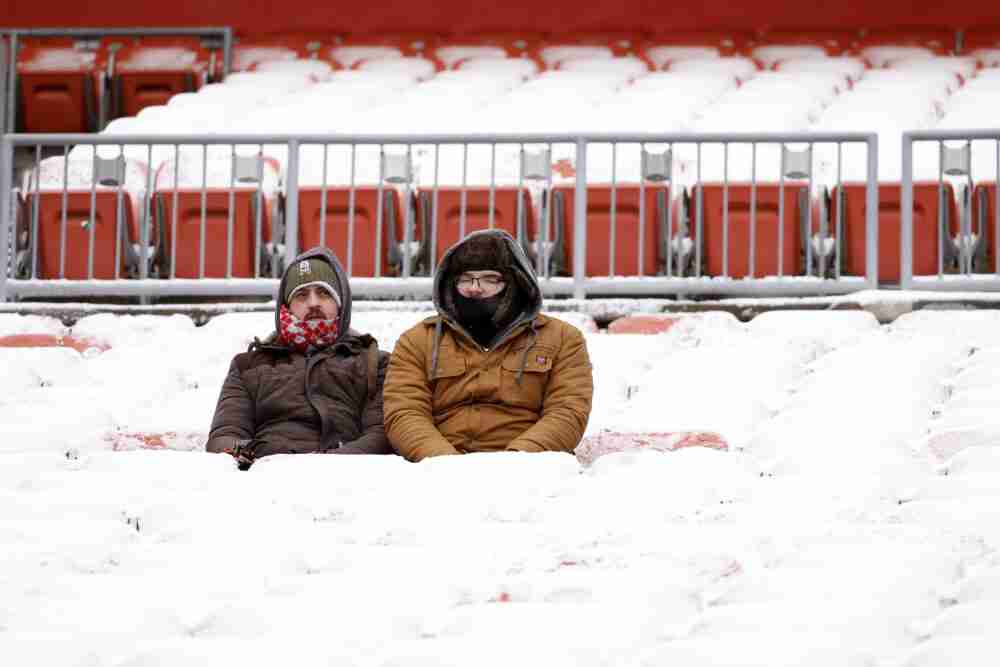 Among life’s many mysteries, this, for me, is the most mysterious of them all:

That there apparently is a waiting list to buy Browns season tickets.

Yep, all the season tickets are sold. But if you want to leave your name and number, the last-place Browns will put it on a list and they’ll get back to you when (fingers crossed!) something opens up.

In the meantime, it’s business as usual for the last-place Browns.

Notes: Jacoby Brissett cherishes season in Cleveland, believes proved he can be a starter

This year’s Browns season began with their newly acquired three-time Pro Bowl quarterback (none of the three with Cleveland), Deshaun Watson, being suspended for the first 11 games, and it will end with their three-time Pro Bowl defensive end (none of the three with Cleveland) Jadeveon Clowney being kicked out of practice Friday.

No word yet on whether Clowney, on his way out the door, put his name on the Browns’ season ticket waiting list.

Clowney signed a one-year contract with the Browns, so the Clowney Era is officially over, and not a tantrum too soon. The floodgates opened initially when Clowney told Cleveland.com that he was unhappy and probably wouldn’t be back with the Browns next season. On Friday, Browns officials closed ranks as defensive line coach Chris Kiffin revealed that in a game Oct. 23 in Baltimore, Clowney refused to play on first and second down.

Clowney also told Cleveland.com that the Browns were intent on getting Myles Garrett into the Hall of Fame and gave Clowney more difficult matchups in order to make Garrett look better.

Garrett told reporters he wished Clowney and he could have “talked about this man-to-man,” and that he (Garrett) wanted “volunteers, not hostages.”

So another epic-fail Browns season disintegrates into the dust of still another also-ran season. Last year, it was the Baker Mayfield vs. Odell Beckham Jr. snowball fight that helped fracture the roster and flush the season.

This year the triggering mechanism was the trade for Watson and his factory full of baggage that forced Browns fans to pick sides against one another and — those of us on the outside will never know what goes on behind closed doors — did whatever it did to the locker room culture and chemistry of a team that has, seemingly forever, lacked both.

Nick Chubb deserves better than this.

Better than the Jets game, when the Browns defense couldn’t protect a two-touchdown lead with less than two minutes to play.

Better than a 23-point loss, at home, to a very mediocre New England Patriots team coached by … well, never mind.

Better than losing, at home, during a sub-zero, wind-chill, high-winds, near-blizzard game to a warm-weather team that plays its home games in a dome.

Better than the shortage of leadership in an organization that appears to lack it at every level, starting at the very top, with an ownership that has a lot to answer for and, apparently, no inclination to take questions.

Oh, well, following four quarters in Pittsburgh on Sunday, against a Steelers team that is, organizationally, everything their opponent aspires to be, but is not, another exhausting, chaotic Browns season will be over.

But don’t forget, your chance to join the fun by getting your name on the last-place Browns season ticket waiting list begins now. Operators are standing by, and so are some of the team’s scouts, who don’t have a lot on their plates right now because the Browns don’t have a first-round draft pick this year, or (cough-cough) next year.

But that’s OK! By next year, those distracting, huge circles on the playing field at FirstEnergy Stadium, left by a serial turfer, will almost be gone.

Hey, it’s not like you’re being asked to wait until next year. Jadeveon Clowney may be gone, Kareem Hunt may be cleaning out his locker and the Browns’ analytics staff may be rebooting their hard drives, but next year is already here.

However, there’s a lot to look forward to.

But enough about the Bengals fans.

In 2023 Browns fans will get 17 games worth of Deshaun Watson, but no games from Jadeveon Clowney, who Friday earned Exit of the Year honors.

Did I mention operators are standing by?

Jim Ingraham: A weird game fit for one of the weirdest Browns seasons in memory
Browns-Steelers Preview: 3 things to watch, 3 key numbers, the prediction