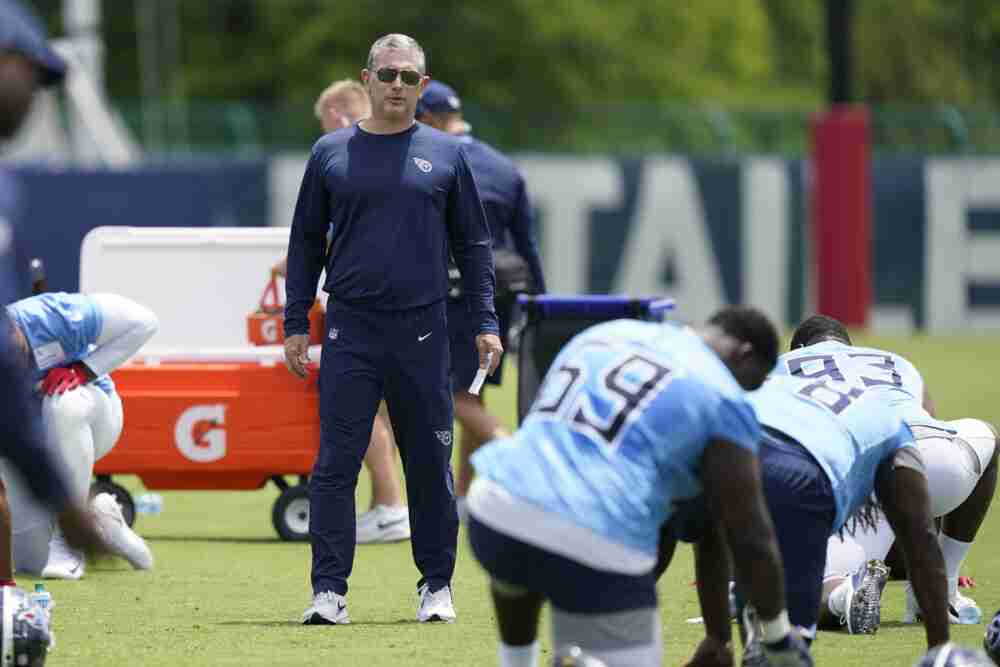 Jim Schwartz was back where it all began Wednesday morning.

Thirty years after entering the NFL as a scout with the Browns, he returned to Berea to interview for the defensive coordinator job. He brought an impressive resume, including a playoff trip as a head coach and tons of success as a coordinator, and his 4-3 system fits with Cleveland’s personnel.

Schwartz, 56, has spent the last two years as a senior defensive assistant with the Titans. He was the first of the candidates to interview since Joe Woods was fired Monday after three seasons. The Browns finished 7-10 this year, with the defense the No. 1 problem.

Schwartz has by far the most experience among the early candidates and a fiery personality that could complement even-keel coach Kevin Stefanski, who’ll return for a fourth season.

Schwartz joined the NFL as a scout with the Browns in 1993 after working for four years as an assistant coach in college. Bill Belichick was Cleveland’s coach, and Schwartz worked in the personnel department with Ozzie Newsome, Phil Savage, Scott Pioli, Michael Lombardi and George Kokinis, all of whom became general managers — Savage, Lombardi and Kokinis with the Browns.

Schwartz went with the organization when it moved to Baltimore and transitioned to coaching in 1996 as a defensive assistant. He climbed the ranks, became a coordinator with the Titans in 2001 and was hired as head coach of the Lions in 2009.

He won a Super Bowl with the Eagles after the 2017 season during a five-year run as coordinator. Browns general manager Andrew Berry spent 2019 with the Eagles.

Schwartz has an in-your-face coaching style and an aggressive system. The Eagles communications department moved the media away from Schwartz during his first practices in 2016 because reporters were tweeting his expletive-filled comments to players.

“He just makes you want to get out there and try your hardest,” cornerback Eric Rowe, who’s with the Dolphins now, told the Philadelphia Inquirer at the time. “I’ve never had a coach like him before. This is probably the hardest I’ve worked ever. He’s a lot tougher coach. But once you get his respect, he’s got your back.”

Notes: Sione Takitaki loves Cleveland, wants to stay, plans to be ready for start of season after ACL surgery

Schwartz’s defenses have traditionally been strong across the line and among the league leaders in many categories.

In his one year as coordinator with the Bills in 2014, they led the league in sacks and were fourth in yards allowed. During his five seasons in Philadelphia, the Eagles ranked third against the run (99.1 yards), seventh in sacks (208), third on third down (35.9 percent conversions) and sixth in the red zone (52.7 percent). In the Super Bowl-winning season, they were first against the run (79.2), third on third down (32.2 percent) and fourth in takeaways (31).

Schwartz also looks like a match for a Browns organization topped by Ivy Leaguers and with a strong base in analytics. He was a Division III All-American and Academic All-American as a linebacker at Georgetown, where he earned an economics degree, and an early advocate of data-based decisions.