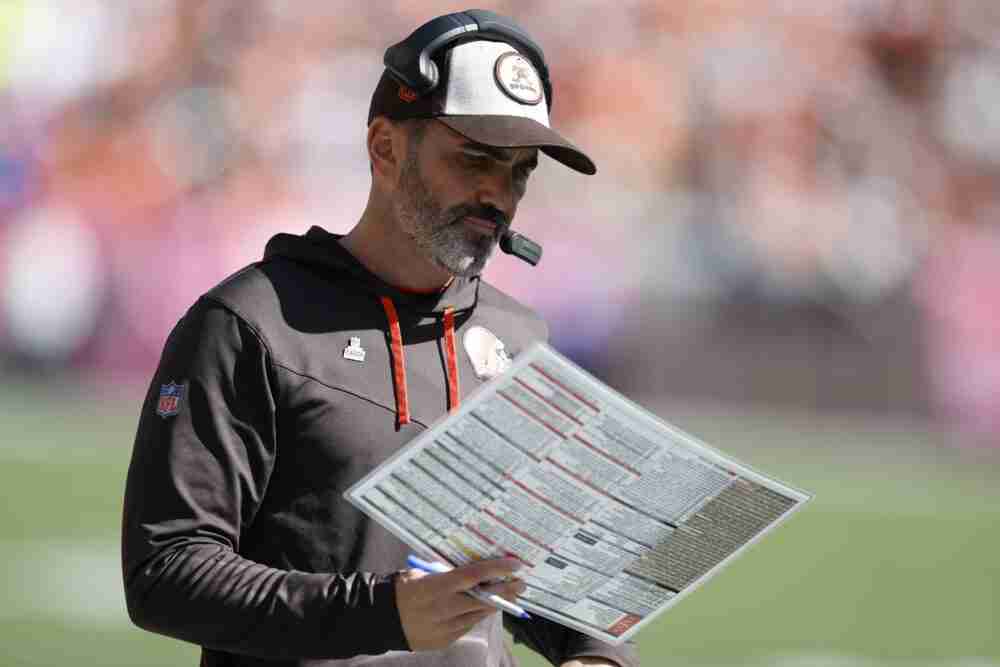 Here’s a thought: What if there is nothing wrong with Kevin Stefanski as coach of the Browns that an image makeover can’t cure? Think about it. Stefanski is the embodiment of a quiet, warm and fuzzy coach in a sport filled with noisy renegades.

The warm and fuzzy approach is obviously not working and Stefanski probably has only one more year to prove he can ride this bronco. His players are clearly not responding to his style of leadership, so, as a last resort, why not try something drastically different?

He needs an image coordinator.


He needs to forget about traditional sideline decorum. He needs to go rogue. His future as coach of the Browns could be riding on it. Here are some suggestions for the leader of the Browns to consider as a way of saving his job by changing his image:

The point of all of these suggestions is to get Stefanski thinking out of the box. He needs to become more animated, more verbose, more unpredictable.

Who knows? Maybe he should make a movie, cut an album or dye his hair purple. Anything to get the attention off his players.

For example, has he ever thought of coaching a game while riding a horse on the sidelines? Probably not. We would have noticed that.

Mostly during games, Stefanski is a statue on the sidelines, staring at his play card. There is no style in that. There’s nothing there that grabs the attention of his team or his team’s fans. Nothing there excites either demographic into spasms of loyalty.

I’m no leader, but I would venture to guess that it’s hard to lead when you spend 3½ hours every Sunday as an emotionless sideline stool pigeon. And I mean that in a nice way.

Coaching isn’t easy. It’s not for everyone. There’s a lot to the job, and not a lot who can do it well.

Those who can make it look easy.

Those who can’t better change their approach or start worrying about their image.

Jim Ingraham: Another miserable season is finally over, so significant changes should be coming
Offense sure to change next season with Deshaun Watson, but just how much is a mystery