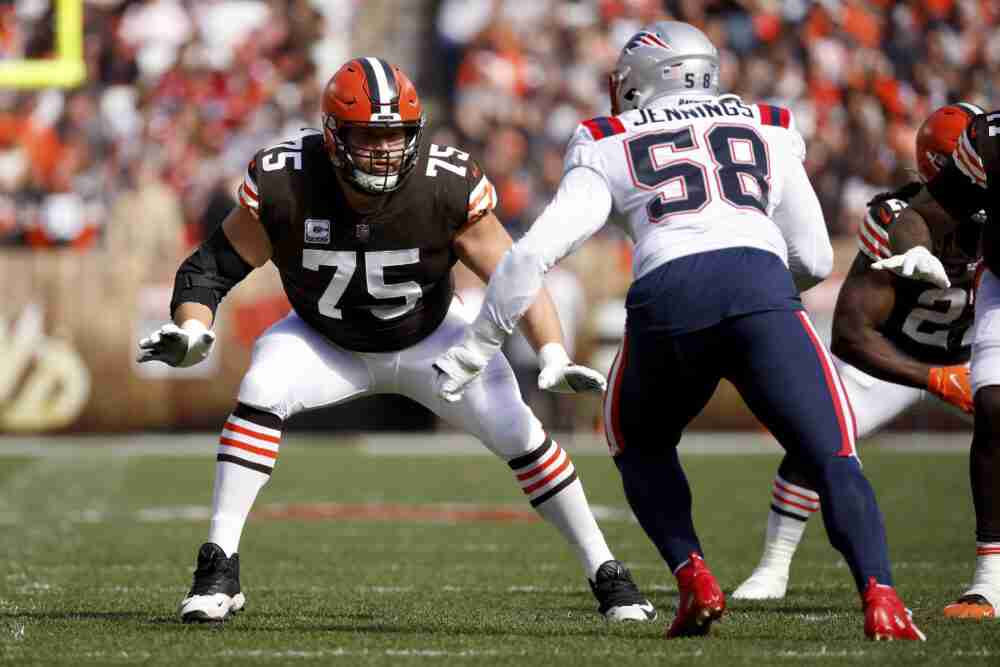 The longtime left guard was the only member of the Browns voted to the Associated Press All-Pro first team. It’s the second straight season Bitonio has earned the NFL’s most prestigious honor. Last month he was named to his fifth consecutive Pro Bowl.


The selections were made by 50 members of a nationwide media panel who regularly cover the league.

San Francisco’s Nick Bosa and Dallas’ Micah Parsons made the first team at edge rusher ahead of Garrett, who tied his season franchise record with 16 sacks. Bosa led the NFL with 18.5 sacks, and Parson had 13.5.

Chubb finished second in voting to Las Vegas’ Josh Jacobs, who won the rushing title with 1,653 yards. Chubb was third with a career-high 1,525, adding 12 rushing touchdowns.

In the new voting system, a first-place vote is worth three points and a second-place vote worth one.