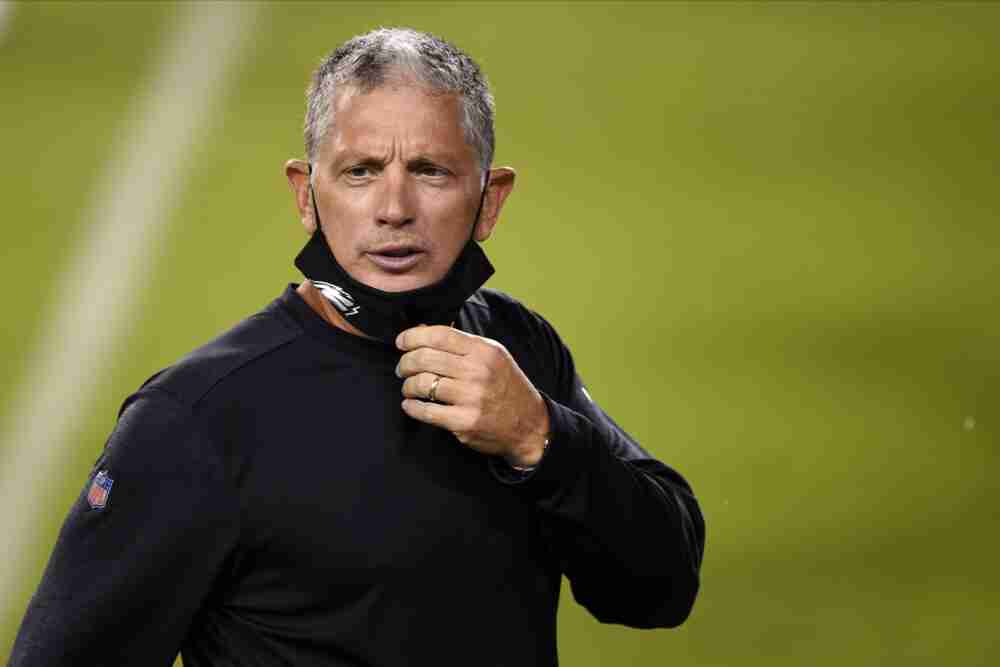 The Browns defense is about to get a giant jolt of intensity.

Jim Schwartz is set to be hired as defensive coordinator, a league source confirmed to The Chronicle-Telegram on Tuesday. The move wasn’t official and was expected to be announced Wednesday.

Offense sure to change next season with Deshaun Watson, but just how much is a mystery

Schwartz, 56, took the Lions to the playoffs as head coach and won a Super Bowl with the Eagles as coordinator. He’s brought fire to every stop of an NFL career that began 30 years ago with the Browns.


“That’s kind of on my resumé,” Schwartz said in an interview with WIP-FM during his time in Philadelphia. “Aggressiveness.”

During games the aggression is usually driven by a dominant defensive line in his 4-3 scheme. The rest of the time it shows up in an in-your-face style that includes profanity-laced criticism on the practice field and the harsh use of a laser pointer during film sessions.

“If you do something he doesn’t like, that’s when you’re really going to see Jim get red with spit coming out of his mouth,” cornerback Leodis McKelvin, who played cornerback for Schwartz with the Bills and Eagles, told The Philadelphia Inquirer in 2016. “But that’s the type of coach you love playing for. If a coach is being straight with you and not showing you no kind of shade, you want to give a guy like that your all.”

“Got shoved out of the way. Didn’t expect an obscenity at that point,” Schwartz said after the incident.

The Browns didn’t waste any time picking Schwartz, the candidate with the most experience.

Coach Kevin Stefanski fired Joe Woods after three years on the job following the season finale Jan. 8 in Pittsburgh. The Browns went 7-10, and the defense was the biggest problem throughout the year.

Schwartz is familiar with Berea after breaking into the NFL when Bill Belichick was coach of the Browns in 1993. His resume calls his time with the Browns three seasons as a scout.

“It was as entry-level as entry-level could get,” he told The Hoya, the Georgetown University newspaper. “I was filing papers, driving people to the airport, running errands, but I also had a chance there to learn and to be a fly on the wall with some of the best coaches in the history of football.

“Bill had respect for people that were willing to work hard, not because of the money, to work hard regardless of how much you were being paid because I was being paid zero. And he was also one of those guys that, your reward for doing a good job was he gave you more to do.”

Schwartz took the opportunity and ran, building an impressive resume that includes five years as coach of the Lions and tons of success as a coordinator. Also important is his 4-3 system fits with Cleveland’s personnel, especially Pro Bowl end Myles Garrett.

Schwartz followed when Art Modell moved the Browns to Baltimore and transitioned to coaching in 1996 as a defensive assistant. He climbed the ranks, became a coordinator with the Titans in 2001 and was hired as head coach of the Lions in 2009.

He won a Super Bowl with the Eagles after the 2017 season during a five-year run as coordinator. Browns general manager Andrew Berry spent 2019 with the Eagles.

Schwartz should complement Stefanski, who has an even-keel personality and will return for a fourth season.

The Eagles communications department moved the media away from Schwartz during his first practices in 2016 because reporters were tweeting his expletive-filled comments to players.

“The only time you hear him at practice is when somebody is doing something wrong,” cornerback Jalen Mills told the Inquirer. “He’ll chew you out. He wants guys to be dogs out there, guys to fly around, run full speed and make plays.”

The approach in meetings wasn’t any softer.

“That’s his favorite thing, whether the laser is red in the team room or green in one of the individual rooms,” Mills said. “He’s definitely swiping it all over the place. Your eyes be jumping because you’re trying to follow it up on the screen.

“And if you messed up on a play, he’ll point it at you. He’s not shy about that at all.”

The style will be a change from Woods and could benefit a defense that struggled in a variety of areas in 2022.

The defense also had several disciplinary issues, the most severe of which was end Jadeveon Clowney refusing to play on first and second down during the Oct. 23 loss against the Ravens and publicly criticizing the coaching staff for how it used him and Garrett. Clowney was sent home before the final practice of the season and not allowed to play in the finale.

The players repeatedly said the defense had too much talent to perform as poorly as it did, so the hope is Schwartz will maximize it. Garrett, cornerbacks Denzel Ward, Greg Newsome II and Martin Emerson Jr. and linebacker Jeremiah Owusu-Koramoah are the cornerstones.

Schwartz has been a coordinator for 14 seasons, and his defenses have traditionally been strong across the line — additions at end and tackle will be necessary in the offseason — and among the league leaders in many categories.

In his one year as coordinator with the Bills in 2014, they led the league in sacks and were fourth in yards allowed. During his five seasons in Philadelphia, the Eagles ranked third against the run (99.1 yards), seventh in sacks (208), third on third down (35.9 percent conversions) and sixth in the red zone (52.7 percent). In the Super Bowl-winning season, they were first against the run (79.2), third on third down (32.2 percent) and fourth in takeaways (31).

Schwartz also looks like a match for a Browns organization topped by Ivy Leaguers and with a strong base in analytics. He was a Division III All-American and Academic All-American as a linebacker at Georgetown, where he earned an economics degree, and an early advocate of data-based decisions.

Amid the bluster, Schwartz works to establish relationships with the players.

“As important as practice and game plans and schemes like that are to having a winning program, your relationships with your players are as important, if not more important,” he told The Hoya. “I keep that in mind a lot more from that experience as a head coach.”

“As big as everybody thinks his ego is … he’s actually very, very flexible,” safety Malcolm Jenkins told the Inquirer. “He’ll take criticism from players … The mentality of the defense is more important than the X’s and O’s.”