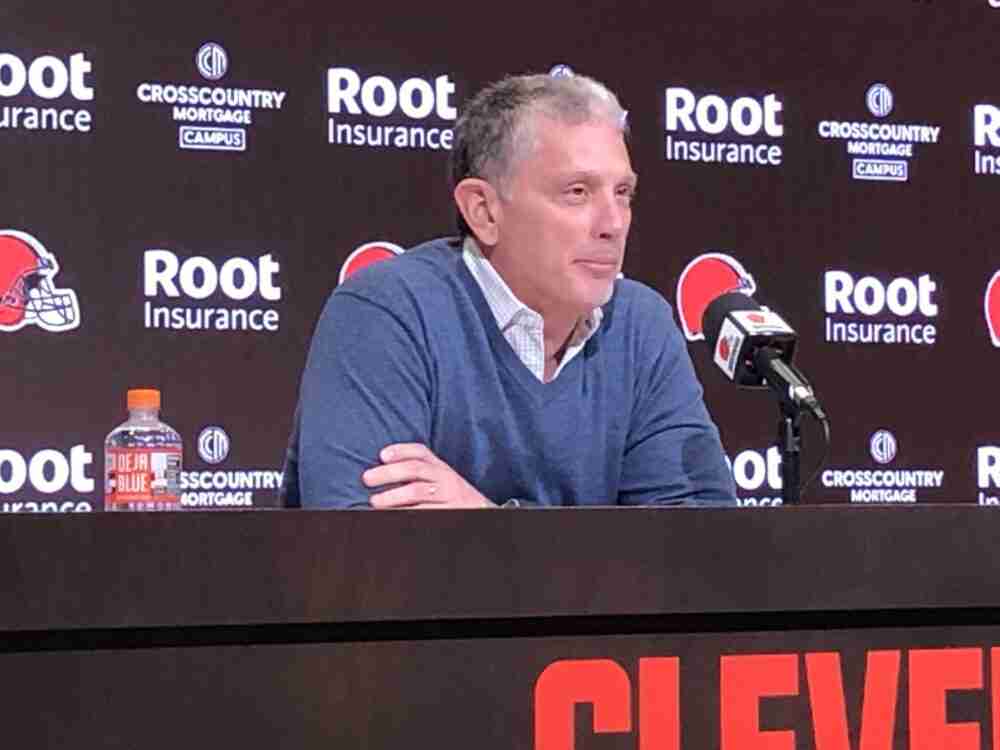 The issues for the Browns defense in 2022 went beyond poor performance from the defensive tackles, season-ending injuries to the top four linebackers, inconsistent play by the safeties and a run defense that was repeatedly gashed.

At least four players were disciplined with a loss of playing time for violating team rules. End Jadeveon Clowney was sent home for the final weekend for publicly criticizing the coaching staff. The season started and ended with communication problems in the secondary that led to easy touchdowns.

Jim Schwartz was hired Wednesday as defensive coordinator and charged with cleaning up the on- and off-field messes.


“The secret sauce is getting guys playing together and that accountability that goes into it,” he said. “If I’m doing a good job, we’ll hold our best players the most accountable. And if you start from that position, then everything else is gravy.”

Defensive end Myles Garrett, voted to the Pro Bowl for the fourth time this season after posting 16 sacks for the second straight year, is clearly the defense’s best player. Schwartz acknowledged that by saying he expects opponents to prioritize keeping Garrett from wrecking the game, much like teams did with Hall of Fame receiver Calvin Johnson when he was head coach of the Lions.

Garrett has grown as a leader in his six seasons but missed Week 4 against the Falcons after his car went off the road, which led to the discovery of a history of speeding violations. He was benched for the first three snaps in a Christmas Eve loss to the Saints that knocked the Browns out of playoff contention after what he called a “misunderstanding” and lack of proper communication while he missed two days with an illness.

“Establishing trust is Job 1,” Schwartz said when asked about communication and accountability. “Players really don’t care if you’re young, old, if you’re black, white, if you’re loud, if you’re quiet. If you can help them, they’ll listen. And if they know you’re coming from an honest spot and you’re telling them the truth, they might not like what you say, but they’ll take it because they know that it’s coming from a performance base and it’s coming from the truth.”

Schwartz, 56, was an Academic All-American at Georgetown and gave thoughtful answers Wednesday at a quiet volume. But Browns players will learn quickly that he can get after them. His expletive-filled, in-your-face style caught some Eagles off-guard when he took over as coordinator in 2016.

He’s continued to tweak his approach but brings the same passion.

“You do change with times. You find new ways to communicate,” Schwartz said. “You learn from your mistakes. Failure is a wicked teacher. It’s a strong teacher.

“But you also have to go with your fastball. Got a good fastball, well, trust it. Go bust them on the knuckles and make them hit 99 (mph). And part of it is being who you are and having the confidence to be who you are. And I think I’ve done that over the years.”

“Schwarz is like a players’ coach. He gets after people. He always had that relationship where he could get on you and you not feel like he’s attacking you. He would always say whatever to whoever and it not be personal.”

Schwartz wants the players to know what they’re going to get from him.

“Being a coach is a little bit like being a parent, you have to be consistent,” he said. “If you establish rules, you have to enforce them. And kids take a lot of their cues from that and I think players do, too.

“I’ve become less reactionary over the years. I’m pretty good at keeping my eye on that point on the horizon and just keeping the boat right on that point and not paddling too hard on one side. I can still get after it, but maybe in a different way than I have in the past.”

Before the blowup at the end of the season, Clowney was benched for the first possession against the Bengals on Oct. 31 after refusing to play on first and second down the week before in a loss to the Ravens. Rookie defensive tackle Perrion Winfrey was made inactive in Week 2 after a series of maturity issues. Safety Grant Delpit was benched for the opening snap in a loss to the Dolphins.

The disciplinary issues were accompanied by an undercurrent of some players being discontented with their roles. For Schwartz, connecting with the players trumps building a system.

“And at this point in my career, I probably spend more time doing that than actually doing schemes,” he said. “Scheme-wise, there’s probably not a whole lot that we’ll do here that a high school coach probably couldn’t draw up just as good. But that’s not the secret sauce.”

He learned a lot about dealing with players from the late Gunther Cunningham, who had been a head coach and coordinator before working as Schwartz’s assistant head coach/linebackers coach when he was first coordinator with the Titans in 2001.

“Just watching the way that he could just lay waste to a guy and then turn around and walk off the field and be laughing and hugging the guy because it was all performance to Gun,” Schwartz said. “They took a lot of confidence in the fact that it was business any and he wasn’t going to pull a punch because it was a favorite player and he wasn’t going to be hard on the guy because he maybe didn’t like the guy as much. It was about performance.”

A story about former Eagles Pro Bowl safety Malcolm Jenkins speaks to holding the best players accountable and treating everyone the same.

Jenkins, whom Schwartz called the “smartest guy” and one of his “favorite” players, “cheated” on a play early in a game and gave up a big gain. Early the next week, Schwartz pulled him aside before a film session and told him “I got to get you for that play,” and Jenkins replied he wouldn’t want it any other way.

“You get guys like that, you can coach the hell out of them and you’ll have good leadership and you’ll have accountability,” Schwartz said. “If I do a good job, then you’ll see stuff like that.”

The story is relevant to the Browns secondary, which gave up long touchdowns early in the season, including one that played a huge role in the collapse vs. the Jets. The communication breakdowns happened in 2021, as well, with cornerbacks and safeties gesturing to each other after plays with a mixture of disgust and bewilderment.

“We don’t show players up and you won’t see this with my guys,” he said, shrugging his shoulders.

Joel Bitonio hit hard by latest losing season, worried about running out of time
Worth the pain: Joe Thomas on verge of highest honor after brilliant, dependable career