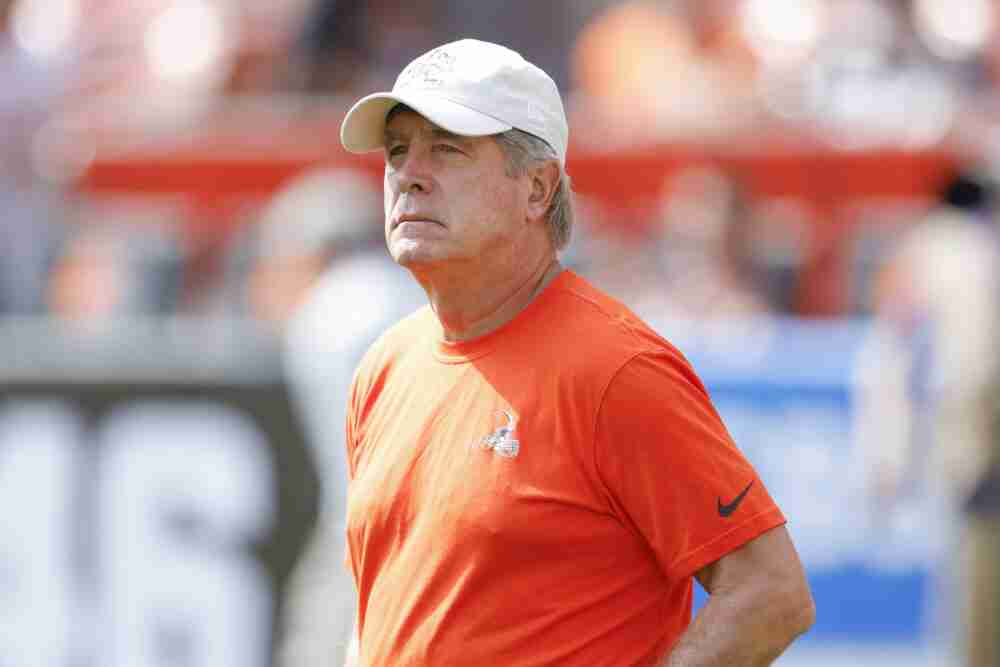 The pair of Browns offensive assistant coaches were in the news Friday after the New York Jets requested to interview both for their offensive coordinator opening.

Callahan turned down the Jets and signed an extension to remain with the Browns as line coach, a league source confirmed to The Chronicle-Telegram. O’Shea, the pass game coordinator/receivers coach, interviewed with the Jets on Friday, the source confirmed.

O’Shea, 50, is under contract with the Browns for 2023 but is allowed to interview and leave for a promotion. He’s been with the Browns for three years after one season as coordinator with the Dolphins. He spent the previous decade as receivers coach with the Patriots and is well-liked by his players.

Callahan, 66, was one of coach Kevin Stefanski’s first hires when he got the job in 2020 and is one of the most respected line coaches in the NFL. The Rams also had interest in interviewing him before the extension, Albert Breer of The MMQB reported.

Callahan was head coach of the Raiders in 2002-03, going to the Super Bowl in his first season. He was interim coach of Washington in 2019 and has been a coordinator for seven years — four with the Raiders before he became coach and 2012-14 with the Cowboys.

He broke into the NFL in 1995 as a line coach with the Eagles and plays a large role in designing the Browns rushing offense, which ranked sixth this season with 146.5 yards a game, fifth with 532 attempts, sixth with 19 touchdowns and tied for eighth with 4.7 a carry. The Browns have ranked in the top six in rushing yards, touchdowns and yards per attempt in all three of Callahan’s seasons, including leading the NFL with 5.1 per carry in 2021.

“We think we have a great position coach in  Bill Callahan there, and we think that will still be a really important part of our team moving forward,” general manager Andrew Berry said last week of the line.

Nick Chubb finished second in rushing in 2021 and third this season. Left guard Joel Bitonio has made the Pro Bowl in all of Callahan’s seasons and was a first-team All-Pro the last two years. Right tackle Jack Conklin was an All-Pro in 2020, and right guard Wyatt Teller was a Pro Bowler in 2021.

Center Ethan Pocic came off the bench in the preseason after a season-ending injury to Nick Harris and played well, with Pro Football Focus grading him third among NFL centers.

“Coach has been on him and that’s what Coach Callahan does,” Bitonio said during the season. “He coaches hard and he’s been coaching him hard, one of the hardest since he’s gotten here. I think he sees the potential in him.”

Callahan’s son, Brian, is the offensive coordinator with the Bengals and interviewed with the Colts on Friday for their head coaching job.