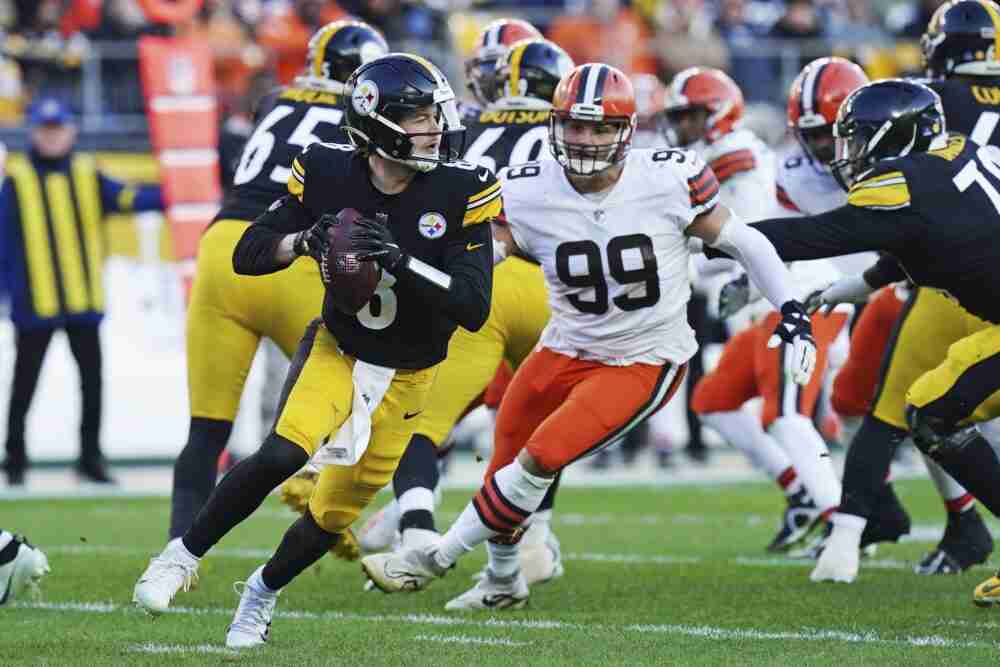 Hiring Jim Schwartz as coordinator was only the first step in fixing a defense that failed the Browns. Plenty of work is left to be done, and the heavy lifting will come along the line.

The front four has traditionally been a strength of Schwartz’s defenses, whether he was head coach with the Lions or coordinator with the Titans, Bills and Eagles. He made it clear he plans to replicate that with the Browns.

“I’ve been very fortunate over my career to be blessed with some really good defensive linemen,” he said last week after being introduced. “And we’ve run a very D-line-friendly scheme that eliminates a lot of conflict for those guys. We sort of let those guys go and be disruptive.”

Safety Grant Delpit’s confidence not shaken by outside criticism, he just wants to be one of the best


Robaire Smith spent five years with Schwartz with the Titans between 2000 and 2006 before joining the Browns for the final four years of an 11-year career. He played mostly tackle, some end and explained why the lines have been dominant under Schwartz.

“He lets you let loose, he lets you be you,” Smith said in a phone interview. “Schwartz just wants someone that’s going to cause havoc. He wants that D-line to be something special. I know it’s cliche, but it starts up front.

Defensive end Myles Garrett, who made the Pro Bowl for the fourth time this season, might be the most talented defensive player in the league. The top offseason priority for general manager Andrew Berry is finding a quality end on the opposite side to replace Jadeveon Clowney — he’s a free agent and burned too many bridges — and significantly upgrading the tackle position.

“That whole defensive line, that’s where the engine’s gonna start,” said Smith, who raved about Schwartz’s football intelligence and how he relates to players. “Because without those tackles, especially in his scheme, you’re not gonna get knockback. You’re not going to really secure that inside and now they beat you up. You can do all you want on the outside, but if you can’t stop nothing in that inside, you’re vulnerable.”

Schwartz has had at least one big-time tackle in every stop as coach or coordinator, including Albert Haynesworth in Tennessee, Marcell Dareus and Kyle Williams in Buffalo, Ndamukong Suh in Detroit and Fletcher Cox in Philadelphia. They were all All-Pros under Schwartz.

Jordan Elliott and Taven Bryan were the starters for the Browns this season and ranked 118th and 66th among interior linemen by Pro Football Focus. Bryan was on a one-year free agent deal, and Elliott has another year on his rookie contract after getting drafted in the third round in 2020. Perrion Winfrey, a rookie fourth-rounder, struggled with maturity issues early but showed flashes late, while Tommy Togiai, a fourth-rounder in 2021, became an afterthought.

The Browns will likely need two new tackles, including a proven standout. Smith expects Schwartz to press the personnel department to make the additions.

In three years as GM, Berry hasn’t invested heavily at tackle. He signed Andrew Billings, Malik Jackson and Bryan to modest one-year deals and drafted Elliott, Togiai and Winfrey in the middle rounds. Berry was content having an unproven group this year and paid for it with a combined six sacks and a run defense that allowed at least 130 yards 10 times in the last 14 games.

After the season he said the personnel department always tries to match players to the “schematic vision” of the coaching staff.

“We will make sure that we are searching for individuals who have the traits and skills necessary to perform their jobs within that (scheme),” he said.

“That’s what this league has turned to anyway,” Smith said. “You look at all the guys that everyone speaks of on the inside and on that D-line, those are guys that tend to penetrate, the guys that get back there and can make those tackles for loss, put pressure on that quarterback, disrupt, make the running back maybe have to cut back or not get to his spot where he’s really trying to go and cut back into the teeth of the defense.”

Schwartz was an economics major as an Academic All-American at Georgetown, but the math is simple for his system. Applying pressure with the front four allows him to drop seven in coverage and blitz at his discretion.

He said it’s too difficult with today’s receivers and rules to rely on the coverage to lead the way.

“But you can still win one-on-one on pass rush and a devastating pass rush goes a long way,” Schwartz said.

Garrett can devastate an offense. He set the franchise season record with 16 sacks in 2021 and matched it this year. Schwartz likes to line up the ends outside the offensive tackles and tight ends, and Smith said Garrett’s game will reach another level because he can more easily react to the double teams.

“It’s gonna get scary, because with his natural ability, his size, his strength, his power, his speed, man, and you’re putting him out on the edge where that tackle’s gotta try to backpedal to get ahold of someone that already probably could beat him head-up going that way,” he said.

“You’re putting him in a scheme where they’re letting him be free and letting him go. You might have a little back trying to chip him or a tight end trying to stay in, it ain’t gonna work. You’re gonna see him with I think some crazy numbers. I’m gonna say it now. If he gets in that scheme and they let him go, he’ll be over that 20 piece (of sacks) easily.”

The ends to play for Schwartz are nearly as impressive as the tackles. He had Kevin Carter, Jevon Kearse and Kyle Vanden Bosch with the Titans, Mario Williams with the Bills and Brandon Graham with the Eagles — all Pro Bowlers. Schwartz knows offenses will make slowing down Garrett their first priority.

“It’s my job to give him some answers and to be able to put some pieces scheme-wise and personnel-wise around him to allow him to be free and more productive,” Schwartz said.

Smith brought it back to the tackles.

“That’s why you need that inside,” he said. “Now you got guys inside that can get in there and penetrate and make those sacks. That’ll take a lot of pressure off of him.”

Safety Grant Delpit’s confidence not shaken by outside criticism, he just wants to be one of the best
Season in review: Not much went right in 2022