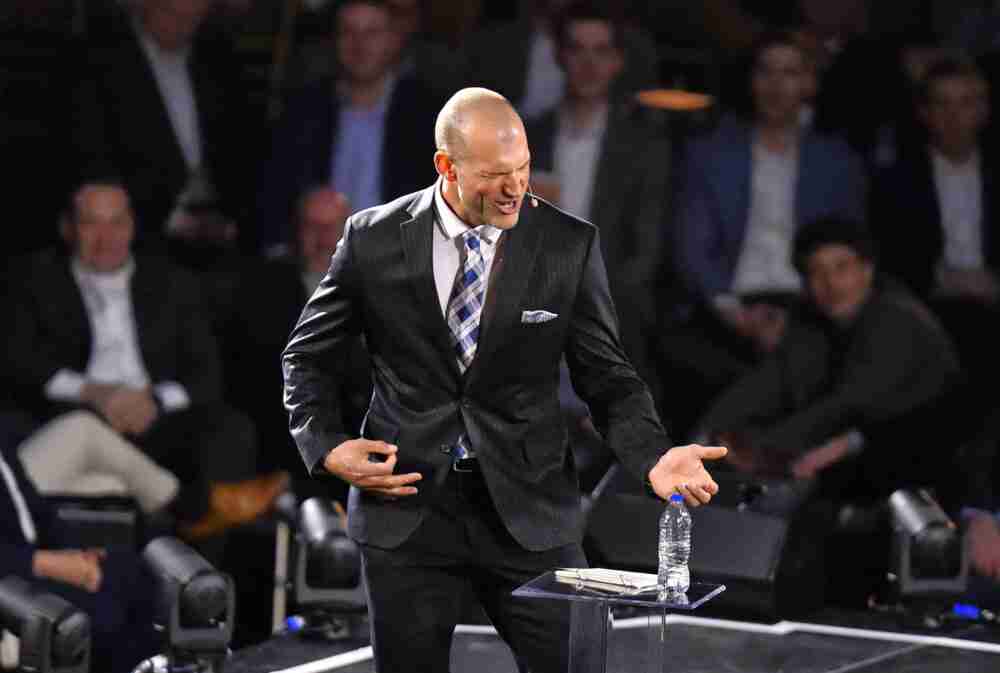 CLEVELAND — Joe Thomas hasn’t planned the party. His discipline won’t let him get ahead of himself.

He has thought about the celebration if he’s selected, as expected, for the Pro Football Hall of Fame. The guest list would be extensive.

“Celebrating as big and as long as possible” he said Wednesday night before hosting the 23rd Greater Cleveland Sports Awards at Rocket Mortgage FieldHouse. “We haven’t obviously put together any plans yet, but just the preliminary ideas are being floated out there of definitely doing something that can celebrate the whole city because it’s not too far down the road to Canton.”


Thomas is on the Hall of Fame ballot for the first time and made the list of 15 finalists. The Class of 2023 will be announced Feb. 9 during the NFL Honors in Arizona the week of the Super Bowl.

Thomas’ resume at left tackle speaks for itself, with 10 straight Pro Bowls, six All-Pro selections and an unprecedented 10,363 consecutive snaps. It would be a shock to the NFL world and a disappointment to Northeast Ohio if he doesn’t make the Hall in his first chance.

“I feel like I did what I could during my time in the NFL and you never know how the voters are going to lean one way or the other or what they’re going to weigh more than something else,” he said. “But I feel pretty confident.”

Safety Grant Delpit’s confidence not shaken by outside criticism, he just wants to be one of the best

Thomas’ impact was felt as strong off the field as on it. He fell in love with the Cleveland area, still has a house here and remains connected to the Browns, even serving as a temporary offensive line assistant coach during training camp.

“I’m really proud and coming back for an event like the Greater Cleveland Sports Awards is cool because you see a lot of old faces, a lot of new faces, and everybody wants to talk about the Hall of Fame,” he said. “That’s the one thing on everybody’s mind, and they talk about it wasn’t the greatest 20-some years since the team came back but that me possibly being in the Hall of Fame will be one of the highlights. And I’m certainly planning on celebrating with the city if we make it happen this year.”

He entertained the large crowd with a monologue that included stories about Johnny Manziel’s short and disastrous career, declining to ask for a trade in the final years of his career despite urging from Broncos quarterback Peyton Manning, introducing himself to a new quarterback in the huddle during a game and Jamie “The Pierogi Prince of Parma” Meder’s blocked field goal that sealed Thomas’ final win — the only one in 2016.

Thomas was the No. 3 pick in 2007, played 11 seasons, never made the playoffs and had one winning season — as a rookie. The Browns went 1-31 in his final two seasons, including 0-16 in 2017, when his career ended at midseason with a torn triceps. The lack of team success is often held against Hall candidates, but Thomas’ individual performance overshadowed the losing.

“It’s not Joe Thomas’ fault that the Browns didn’t win and go to the playoffs,” former teammate Joe Haden said. “If he was on any other team, he would’ve been a Super Bowl champion. So for everybody to notice his greatness and know that he’s a first-ballot Hall of Famer, no matter what fan base you talk to, it just shows that greatness like that is going to get noticed by everybody.”

Thomas, 38, would be the first player from the franchise’s reincarnation in 1999 to make the Hall and the 18th in the history of the Browns. Joe Jurevicius was a veteran receiver when Thomas was drafted out of the University of Wisconsin.

“I don’t know if you saw (Hall of Fame) in him, but you sure as hell knew he was different,” Jurevicius said. “And then as the years progressed, yeah, it became pretty obvious that Joe was Joe Thomas.

Haden retired as a Brown during the recently completed season but finished his career with the Steelers after being cut before the 2017 season.

“He’s a Brown through and through,” Haden said of Thomas spending his whole career in Cleveland. “He did it the right way. It just shows that it can be done.

“He’s just a perfect example of what you would want a pro to be. You could talk about him all day because he does things the right way and he just deserves everything.”

With the announcement two weeks away, Thomas is handling the nerves.

“I don’t really have a whole lot of anxiety because the old farmer saying is the hay’s in the barn already,” he said. “Not going to be anything I’m going to do the next couple weeks that’s going to change the vote, which I actually think already happened.

“So I’m sure when the day comes that we find out we’re going to learn if we’re in or not, I’ll have some more butterflies. But right now I feel like I’m just annoying my son (Jack) because he tells me every day his friends ask him if he learned yet if his dad was in the Hall of Fame and he gets mad because he doesn’t know yet, and then he yells at me about it. So it’ll be nice to get my son off my back.”