Break in coaching search sets up what could be busy week 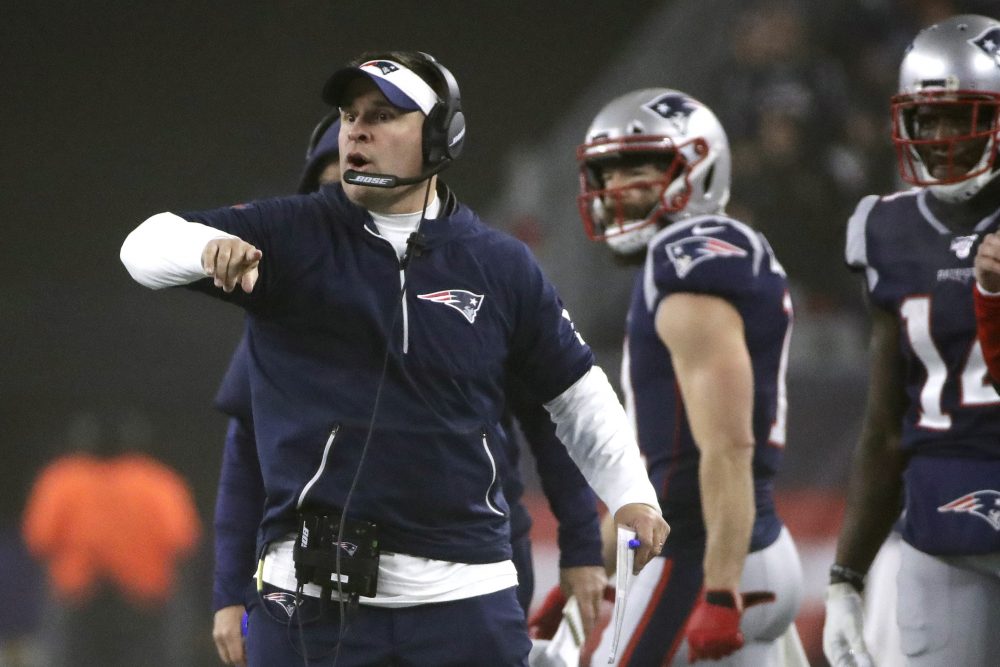 The Browns took a break from the coaching search Sunday.

It was only temporary. Things are about to heat up.

Patriots offensive coordinator Josh McDaniels originally scheduled interviews for Friday, but the timetable will likely be moved up after the Patriots were ousted from the playoffs by the Titans on Saturday night. He’s expected to interview with the Browns, Giants and Panthers.

McDaniels 43, has won six Super Bowls during his 16 years with the Patriots. If this was his final season with the dynasty, it ended on a sour note. The Patriots managed only 13 points in the home loss, and a sequence in which three runs were stopped on the goal line in the first half was a turning point.

Bills offensive coordinator Brian Daboll also had a schedule change after Buffalo was eliminated Saturday with an overtime loss to the Texans. He was set to interview Sunday, but is now free this week and will reportedly interview Monday.

Daboll was Cleveland’s coordinator in 2009-10 under coach Eric Mangini, before Dee and Jimmy Haslam bought the team.

Daboll, 44, got off to a great start as a play caller Saturday. The opening drive ended with a touchdown pass to quarterback Josh Allen, and the Bills eventually took a 16-0 lead, before Allen lost his cool amid some questionable coaching decisions.

Vikings offensive coordinator Kevin Stefanski, 37, is in a different situation after Minnesota stunned New Orleans on Sunday in the Superdome. He can interview this week, and is expected to, but can’t be hired until the Vikings lose, or win the Super Bowl.

He had a nice audition tape against the Saints, mixing runs and passes and getting quarterback Kirk Cousins to finally win a big game. Stefanski was a finalist for Cleveland’s job last year, losing out to Freddie Kitchens, who was fired after going 6-10 in his lone season.

McCarthy, who also interviewed with the Panthers, Giants and Cowboys, is free to be hired at any time. Roman, Bieniemy and Saleh had byes in the first round and can’t be hired until their teams are knocked from the playoffs. If their team wins the conference, they could be interviewed a second time in the bye week before the Super Bowl.

There’s a sense of urgency regarding the coaching search for a couple of reasons. The Browns’ priority is to hire the coach, then give him input on who’ll be the general manager. John Dorsey left the organization on Tuesday when he declined to take a diminished role.

There’s also a degree of uncertainty surrounding chief strategy officer Paul DePodesta. He’s leading the coaching search and Jimmy Haslam stressed his importance to the organization Thursday, but his contract expires this week after four years, a league source confirmed to The Chronicle-Telegram. An extension isn’t expected until the coach is hired.

“Paul’s job will stay exactly the same as it is now,” Haslam said. “He’s in charge of strategy, reports to ownership, nothing will change. He’ll do everything he can to support the GM and the head coach.”

The Browns are also in a competition for the top coaching candidates, despite a smaller number of openings than usual. The Giants and Panthers have similar interview lists, with the Cowboys also entering the picture by interviewing McCarthy on Saturday.

Because the general manager hire is dependent on the coach, those candidates are fluid.

McDaniels could bring Nick Caserio or Dave Ziegler from the Patriots or reunite with former Patriots and Chiefs executive Scott Pioli. NFL Network reported Seattle’s co-directors of player personnel Trent Kirchner and Scott Fitterer are also candidates depending on the coach. Eagles vice president of football operations Andrew Berry is also a possibility. He was vice president of player personnel for the Browns from 2016-18.