Mailbag: Which veterans are vulnerable after the draft? Is another corner coming? What are Kevin Stefanski’s biggest concerns? 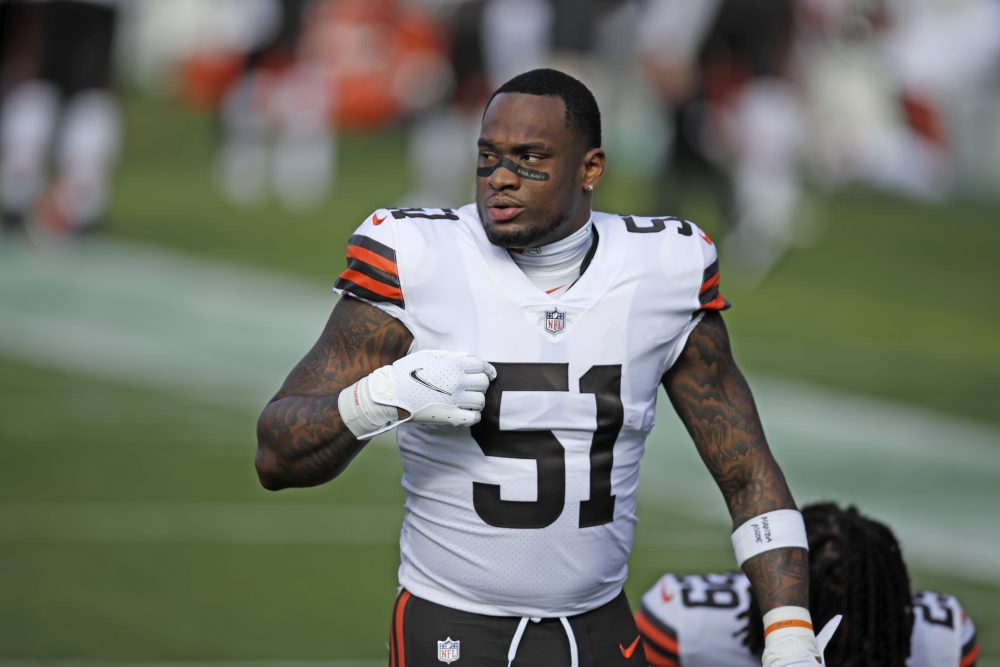 Q: All seven draft picks made the Browns last year if you include Grant Delpit, who would have if he wasn’t on injured reserve. It’s way early, but which vets should be looking over their shoulder this year??

A: If you go by social media, linebacker Mack Wilson is brimming with confidence. But he seems like the most vulnerable veteran after this offseason. Anthony Walker was signed in free agency, Malcolm Smith was re-signed and Jeremiah Owusu-Koramoah and Tony Fields II were drafted — all at his position. Add that to Wilson missing time with an injury last year and not being drafted by the current regime, and it wouldn’t be a surprise if he doesn’t make it to training camp with the Browns.

Sione Takitaki, another linebacker, could be in the same boat but there are differences. Takitaki showed significant improvement a year ago in his second season and brings a physical presence Wilson and the draft picks don’t. I’m not sure he’s a scheme fit if the Browns only want linebackers who can run and cover, but he has value as an athletic thumper. Whether that’s with the Browns, or they trade him for a draft pick, remains to be seen.

Speed thrills: Third-round pick Anthony Schwartz is so fast he’s felt like he was “floating in the air”

Safety Sheldrick Redwine may battle with Richard LeCounte III for a roster spot. And running back D’Ernest Johnson could lose out to Felton, if the Browns really view him as a running back.

The last name I’ll mention is offensive lineman Chris Hubbard. He was the top backup on the line last year until he suffered a knee injury late that required surgery. General manager Andrew Berry said Hubbard is doing well in his rehab and the pick of James Hudson in the fourth round wasn’t a statement on Hubbard’s health. But the Browns view Hudson as someone who can play both tackle spots and hopefully some guard. That’s Hubbard’s role. The good news for Hubbard is Hudson played only one full year on the offensive line in college and may need a year watching Hubbard to be ready.

Q:
Well, Andrew Berry didn’t double up on corners like we thought he would. Does that mean he has confidence in A J. Green, or do you think he still signs another corner in the second wave of free agency?

A: This is a great question that I was just pondering.

I know the Browns liked Green a lot as an undrafted free agent a year ago but don’t know if they’d be comfortable with him as one of their top four corners (Denzel Ward, Greg Newsome II, Troy Hill) if Greedy Williams’ shoulder doesn’t allow him to play. Green barely played as a rookie, so it’s entirely a projection.

I would expect Berry to add a veteran corner at some point before training camp. It doesn’t have to be a big name, but someone who can compete with Green and act as insurance if Williams isn’t ready Week 1.

Q: If you’re Kevin Stefanski, what are your biggest concerns heading towards a 2021 season where most of us have enormous expectations?

A: These are first-world problems, but here we go.

Overconfidence, injuries, a lack of progression for Baker Mayfield, depth at cornerback, the Ravens and the Chiefs.

I think all of the above are self-explanatory, but the Mayfield mention deserves further discussion. As talented and deep as the roster looks, the Browns can’t go where they want to go without Mayfield continuing to improve. He’s no doubt trending in the right direction after his performance over the second half of the 2020 season, and the Browns expect that to continue. To get the Browns past the divisional round of the playoffs and all the way to their first Super Bowl, Mayfield will have to be great in big moments in the regular season and the playoffs.

Q: Barring injury, is the roster mostly done for this year? I imagine this front office would typically look to veteran cuts and training camp trades to add to the roster (and some rookies won’t work out), but this roster looks fairly complete right now.

A: Berry and Co. will never stop looking to improve the roster — the Malik McDowell signing Monday is more proof — but I do think it’s just about complete. Increased depth at cornerback, more competition at defensive end and possibly an extra interior offensive lineman are the only areas that even register as possible needs. As for pass rusher, that the Browns didn’t draft one surprised me but also speaks to how they feel about Curtis Weaver. He may be the perfect guy to be No. 4 in the rotation behind Myles Garrett, Jadeveon Clowney and Takk McKinley, but finding someone to push him makes sense to me.

Q: Is it at all realistic the Browns will reward so as to retain both Nick Chubb and Wyatt Teller for outperforming their rookie pacts by fairly immediately frontloading sizable extension offers?

The money going to guys like Denzel Ward and Mayfield doesn’t kick in for a while, by which time the cap will have increased substantially and money will also have fallen from the books.

It would be my guess many Browns, so long as they are reasonably compensated, may prioritize remaining here for the good times, the dividends, the team rewards. Then again, it is a business. I am suspicious Baker will do like Brady and help make such visions attainable.

A: Yes with Chubb. Not only does he deserve to be rewarded, it’s dangerous to pay running backs too far into the future. So the Browns would be better off frontloading for multiple reasons.

I don’t think the Browns will (or should) pay Teller top dollar, which is what I expect him to get on the open market if he can duplicate his breakout 2020 season. I could be wrong, and the team’s stance could change if Joel Bitonio or JC Tretter leaves, but I think Teller will be the odd man out along the line. The Browns should be able to find a capable right guard as a fifth lineman on a stacked unit.

I don’t think Mayfield’s going to take less money. Maybe he will on future deals, but not on the one that establishes his place in the NFL’s quarterback financial hierarchy. Other guys taking less to stay will be case by case. I could see it for some veterans, but not young guys signing their second contracts.

Q: Wouldn’t the Browns be better off to trade OBJ & use some of the money to keep Teller, Kareem Hunt, and Baker? With time to throw and a dominant running game, you can find open receivers. The reverse doesn’t apply, even with 5 All-Pro wide receivers.

A: I don’t think keeping Odell Beckham Jr. for 2021 will affect any of the contract extensions you mentioned. I admit that could change in 2022, but I am adamant the Browns should keep him for at least this season. I really want to see a healthy Beckham for a whole season, especially with an improved Mayfield. Beckham is the type of playmaker that could be the difference in a playoff game.

But I do understand your point. When the Browns have to decide whom they can afford next offseason, Beckham could be traded or cut. Mayfield, Ward and Chubb deserve to get paid. Having said that, I wouldn’t pay Hunt or Teller ahead of Beckham. Receiver is more important than right guard, and No. 1 receiver is more important than No. 2 running back, even in this offense.

You’re not wrong about the run game and protection making life easier for receivers. But it works the other way, too, at least to an extent. A big-time receiver opens things for the running game and can bail out the quarterback.

Mailbag: Is a big trade coming Thursday night? Who are the best options at No. 26? What about Zaven Collins?
Mailbag: What do you expect for OTAs/minicamp? Is there a scenario in which David Njoku earns new contract? Will players who opted out make impact in 2021?